There is no doubt that harvesting grapes is more expensive in some wine regions than in others. It all depends on the landscape. Harvesting on flat soils with gentle limestone slopes at most, is a completely different story to working with rugged landscapes where it is sometimes even impossible to harvest on foot. These are difficult to access areas, and although vine cultivation and wine production might seem impossible, heroic winegrowers have shown us the great virtues of the not very fertile land that lies between mountains, rocks and the sea. An impressive landscape and work that is worthy of admiration. 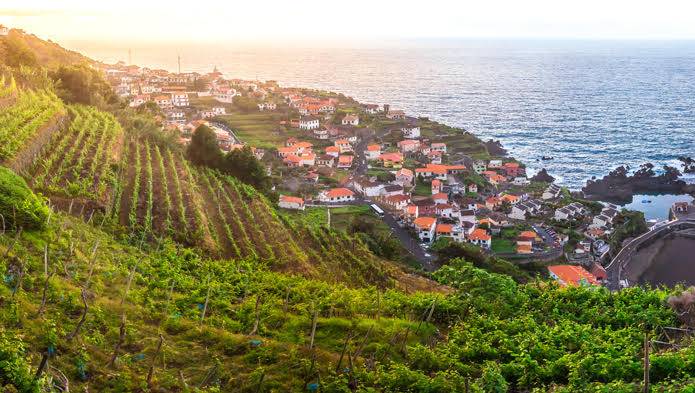 A return to the beginning

Cultivation in these small areas with complicated terrain is difficult and perhaps even foolhardy. In general, these “superhero” winegrowers have resorted to ancient cultural practices. There is no agricultural machinery and the harvest must be carried out the old way, selecting the best grapes by hand, cutting them using scissors and transporting them in small boxes or baskets. This is a precise work that requires a lot of effort and time, so it raises production costs but also guarantees excellent results.

At this point it is logical to ask, but why do they make life so difficult by cultivating in such inhospitable places? The answer is clear: every effort has its reward. And if there is one thing these methods are known for, it is recovering native vines have been forgotten for years because of how difficult they are to access. These are authentic local vines that result in wines characterised by completely original and unique aromas and flavours.

What is considered heroic harvesting?

To help protect winegrowers who work in these rugged areas to enhance the local wine culture, the international association CERVIM (Centre for Research, Study, Protection, Coordination and Advancement of Mountain Viticulture) was founded in 2011. An official stamp for wine production that meets at least one of these criteria:

• An altitude greater than 500 metres above sea level.
• A terrain incline of over 30%.
• Strains planted on terraces.
• Vineyards on small islands.
• Other conditions like extreme weather or cultivating rare varieties.

5 places where grape harvesting is heroic

Côte Vermeille can be found in the French region of the eastern Pyrenees, in Occitania. This is a stretch of rocky Mediterranean coastline where the vineyards are planted on terraces facing the sea. The La Plage white wine is made here. This is a blend of unusual varieties and vintages that is a tribute to the Spanish refugees who went into exile here after being defeated.

With volcanic terrain that is difficult to cultivate, Tenerife is one of the few places where the vines have been protected from the dreaded phylloxera. Their soil, winds and way of working have produced wines like Envínate Migan from the Envínate project, which is great display of local typicity.

Famous for the sloping banks of the Sil and Miño rivers, Ribeira Sacra is known for its vineyards on terraces and in deep gorges. A beautiful landscape where you can see vines dating back to Roman times and where you will find precious gems like Sílice Finca Lobeiras, a limited production, single-plot, handmade red wine.

An enclave flanked by mountainous massifs and the Siurana river, the D.O.Ca. Priorat is a wine region with rugged terrain and a long monastic winemaking history. A heroic, mystical and mineral viticulture that produces great gems like Ferrer Bobet Vinyes Velles, a red wine with a marked mineral character thanks to Priorat’s characteristic licorella soils.

One of the oldest wine regions in Europe, this area has an enchanting landscape that is recognised as a UNESCO World Heritage Site. The impressive canyons with 400 metre slopes protect the vines from the hot Portuguese climate, resulting in unique wines like Conceito Bastardo, which is made with recovered Bastardo grapes, a variety that had almost been forgotten in Douro.

Now that we have told you about some of the places where harvesting is a real challenge, all that is left is for you to try them. These are extraordinary wines, full of tradition and history and most admired for their originality and character. Why not see for yourself?