What better way to celebrate the 170th anniversary of one of the most prestigious projects from the Rioja DOCa than by earning a place among the Top 10 wineries with the highest number of Parker points out of 100. Well, Marqués de Murrieta has managed to do just that, without losing one iota of its traditional style and quality. This is reason for a double celebration. 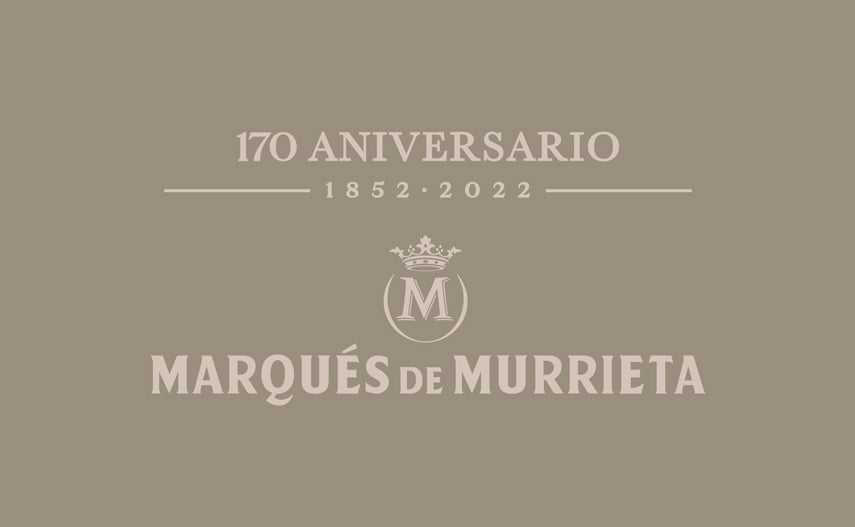 Through a vertical tasting, carried out with different vintages of the same wine, it is possible to observe the evolution of the wine over time and its development in the bottle, and, above all, to determine the individual quality of the different vintages. But, beyond being a wine that has achieved the much-desired 100 Parker points in five of its vintages (1904, 1919, 1934, 1959 and 1964), we are also talking about "the mother of all tastings", as it was called by the leading publication The Wine Advocate when it tasted the different vintages of one of the Marqués de Murrieta flagship wines: Castillo Ygay Gran Reserva. This is how the Rioja project has made it onto the list of the top 10 wineries worldwide with the highest number of Parker points, with a total of 8 vintages if we add the 3 vintages that were awarded in 2017 from the excellent Castillo Ygay Gran Reserva Especial Blanco.

Marqués de Murrieeta can now rub shoulders with several great French wineries, such as Petrus, Cheval Blanc, M. Chapoutier, Chateau D'Yquem and Chateau Latour, and it is clear that, in its tireless search for perfection, it has managed to achieve countless successes throughout its 170-year history. Among its most recent recognitions, its winemaker María Vargas was named the "Best winemaker in the world" at the Women in Wine Spirits Awards 2021, its Castillo Ygay Gran Reserva wine was awarded "Best Wine of the Year 2021" by Wine Spectator, and the winery received the international "Best Of 2023" award as the best winery in the world at the prestigious ceremony hosted by "Great Wine Capitals Global Network". And now, thanks to two of its wines, it has also made it onto the top ten international wineries with the highest number of Parker points.

Modernity and tradition in perfect harmony

But if Marqués de Murrieta stands out for anything, apart from its great successes, it is for the perfect balance it has achieved between tradition and the avant-garde throughout its 170-year history. Founded on the Ygay estate (Logroño) by Luciano Murrieta Ortiz, a Spanish military officer and winegrower who obtained the title of Marquis of Murrieta in recognition of his work in producing quality Rioja wines, the winery has been able to maintain excellence while remaining up to date during this entire period. This is a true milestone for the world of Spanish and international wines that is the result of the efforts of one family that has dedicated its entire life to making a dream a reality.

In light of these recognitions, it is no surprise that the Rioja winery wants to celebrate its 170th anniversary in style alongside all its supporters. That is why it is launching the 170th Anniversary Historical Collection, an exceptional selection, designed especially for its most loyal followers, with 6 consecutive vintages (2012, 2013, 2014, 2015, 2016 and 2017) of one of its most celebrated wines: Marqués de Murrieta Reserva. This mature red wine is made with typical grape varieties from the area (Mazuela, Graciano and Tempranillo) and aged for 20 months in American oak barrels, which speaks for itself of the faithful spirit of the project. This limited edition collection is a representation of all the efforts the winery has made over recent years and confirms why Marqués de Murrieta is considered one of the best wineries in the world.

Furthermore, for a more versatile option, the winery is also offering an elegant, convenient and sturdy case containing 2 bottles of Marqués de Murrieta Reserva, ideal for transporting and/or giving as a gift. This limited edition case is inspired by leather craftsmanship and, thanks to its incredible finish and high-quality materials, you will be able to use it as a wine carrier well into the future.

So there you have it, a fantastic opportunity to enjoy the work of Marqués de Murrieta, a winery that has earned its place in the international pantheon of the renowned Parker points, which now wants to celebrate its success with you. A once-in-a-lifetime opportunity that you cannot miss.