It’s been four decades since the Ribera del Duero Denomination of Origin was created. It began with just a dozen wineries and cooperatives, but now has more than 300 members. Recognised worldwide as one of the most prestigious Spanish denominations, the secret of its success lies mainly in the quality of its wines. A catalogue of great creations that offer the opportunity to enjoy all kinds of styles, but all of them expressing the character of a unique terroir. 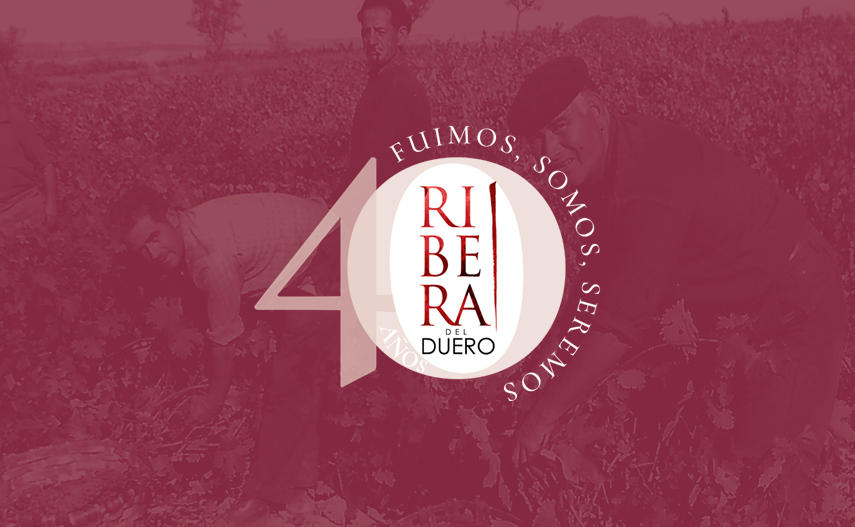 Young but more than ready

On 21 July 1982, the first Ribera del Duero regulations were signed at the Retiro Metro Station in Madrid. A dream come true for a group of winemaking families who wanted to showcase a unique region that produces great wines. 40 years later, the dream has become a reality and there are now more than 300 wineries and 7,800 winegrowers that protect a denomination that might be very young compared to its neighbours, but it can certainly boast of having made history. Sold in more than one hundred countries and exporting 18.2% of its production, Ribera de Duero is an example of viticulture, enology and sustainable production. These are daring wines that have allowed the professionals to specialise in the art of aging and, by experimenting with aging times, they have turned this wine region into a benchmark.

A terroir full of contrasts

Located on the northern plateau of the Iberian Peninsula, Ribera del Duero is made up of four provinces in the Autonomous Community of Castilla y León: Burgos, Segovia, Soria and Valladolid. This wine region is irrigated by the Duero River that brings together more than 100 villages spread across altitudes that can exceed 900 metres above sea level. The terroir was formed during the Miocene with gravelly (small pebbles), clay, sand and limestone composites resulting in a great diversity of soil types. A unique terroir marked by a severe climate with very hot days and freezing nights, which produces extraordinary quality grapes.

Tempranillo, the soul of Ribera

If there is one famous grape in this denomination, it is undoubtedly the Tempranillo or Tinta Fina, as it is known in Ribera del Duero. Thanks to the high altitudes, the temperature contrasts between day and night and the composition of the soil, this variety expresses freshness and character and, together with the good work of winegrowers and winemakers, it creates prodigious wines. According to the regulations, every Ribera del Duero wine must contain at least 75% Tinta Fina and it can be accompanied by other permitted varieties like the Garnacha Tinta, Cabernet Sauvignon, Merlot and Malbec. However, although Ribera del Duero stands out mainly for making great red wines, since 2020, the D.O. has also recognised the Albillo Mayor variety to make white wines. Just another example of their entrepreneurial and modern spirit.

A world of experiences

Young, brave and pioneering, the truth is that the Ribera del Duero denomination is always ahead of the curve. Not only is it at the top in terms of international recognition, but it also stands out as one of the regions with the most varied and creative wine tourism offerings. Ribera del Duero is culture, heritage and nature and the denomination here has been able to share these things with great enthusiasm. Belonging to the Wine Routes of Spain Products Club and one of the most visited wine routes, it has been declared ‘Best Wine Region of the Year’ by Wine Enthusiast and recommended by The New York Times and Washington Post. Visits, tastings, wine pairings, excursions, concerts and more, there is an infinite number of very attractive options for wine lovers that will give them a 360º experience in all senses and even more so on its 40th anniversary. In the words of Master of Wine Tim Atkin: “Ribera del Duero is one of the most outstanding success stories in the world of wine. In just four decades it has achieved impressive things. And the best is yet to come.”