Abadía de San Campio is a white wine produced by Terras Gauda in the appellation of origin Rías Baixas. This winery is located in the Valle de O Rosal (Pontevedra).

Abadía de San Campio is produced form 100% from the varietal Albariño. The grapes originate from vineyards situated in the region of Golian, at 150 meters above sea level.

The large variation in temperatures between the day and night favour the slow ripening of the grapes producing a good quality harvest.

For its production, the grape is cold macerated for 6 hours after which is fermented at a low temperature in stainless steel containers with yeast originating from the very same vineyards.

Lastly, Abadía de San Campio is stabilised in the cold and filtered before being bottled.

Fresh and fleshly. Fruity sensations leading to a velvety and unctuous passing. Very well balanced with good acidity and a citric after taste.

A large aromatic aftertaste with a predominance of ripe white fruits (apple, banana) and intense citric notes. A spicy and mineral base.
A fresh acidity balanced by great density. Citric notes at retro-olfaction and a distinctively fruity finish.

With a good body and balance of flavors, the wine is bright and fresh, with a tartness that reinforces this fresh feeling. The good balance between acid and sugar gives a nice final touch.

Intensely aromatic wine with varietal aromas, with hints of ripe white fruit like golden apples and pear, supported by pleasant notes of citrus. 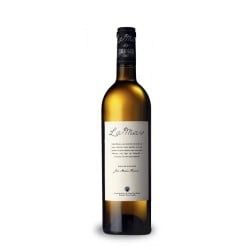 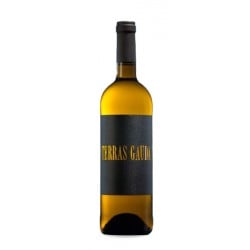 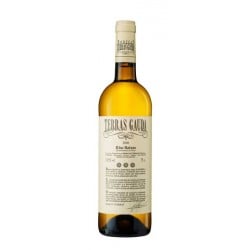 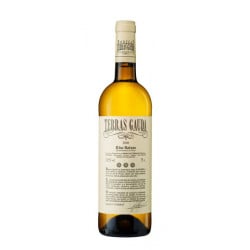