Discover the best wines produced by the Pesquera winery

Vega Sicilia continued to maintain and grow the myth in the entire world for decades, other wineries, with masterly red wines, fino wines and long-aged wines, awakened the passion of the most expert and renowned international tasters. One of the greatest examples is Alejandro Fernández. The appearance of his Tinto Pesquera in 1975 was a revolution in the world of wine in Ribera. Some of the wines resemble them who made them, and in this case, they are quite right. Tinto Pesquera and Alejandro Fernández have in common a resounding personality, a dazzling style, open, convincing from the first glass. Capable of giving everything it has now and also gaining complexity and nuances over the year s, without losing its original character. Without any doubt, Pesquera wines have a style that is both special and personal. Some critics, like renowned Robert Parker, have placed them among the best wines in the world. 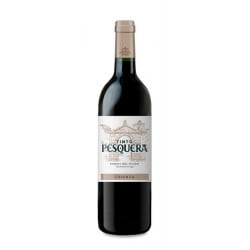 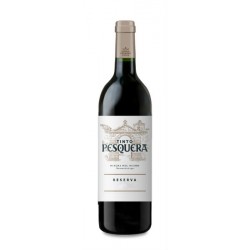 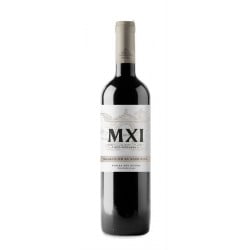 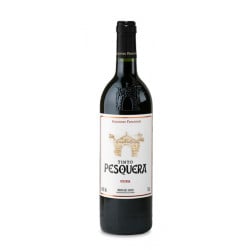 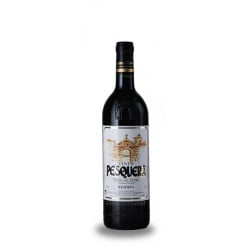 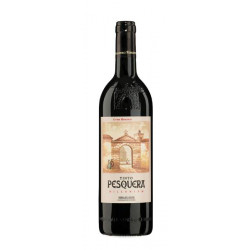 Alejandro Fernández was born in the hot August of 1932 in Pesquera de Duero, quite close to the Arch and Tower of Pesquera de Duero, which are a characteristic image on the labels of their mythical wines Tinto Pesquera. As a child, he used to help his father make a few bottles of wine for their own consumption and for some friends in a very traditional way. Over the years, and amidst his several professions, Alejandro was a carpenter, a farmer, a blacksmith, a creator of farming machinery with his own patents, and finally, a vintner, his great dream when he was young. Following the family tradition, in the first years he made the wine in a stone press from the 16th century in his native village, Pesquera de Duero, which is still preserved. This is where the history of this winery begins.

The current winery Bodega Tinto Pesquera is located in Pesquera de Duero, in the province of Valladolid. It is attached to the old press when Alejandro made the first Tino Pesquera back in 1972. The creation of this winery and its new style of wine gave Ribera del Duero some strength, at a time when most of the wines that were made in the area were “claretes”, pale rosé wines. Since the very beginning he was tagged as a revolutionary, but also as a visionary in the production of wine in Ribera del Duero. This is why Tinto Pesquera wines have been a role model for winegrowers and winemakers since the 80s. Later on, in 1982, the winery was extended and they added the first stainless steel deposits, which Alejandro and his people built in the old workshop, alongside the bards to train in espalier and the machines to clean the barrels. That same year, coinciding with a short, intense harvest, the name “Janus” arose in the wine Reserva Especial. This name was in honour of the Roman god with two faces, one that looks into the past and another that looks into the future: tradition and modernity.

International distinction came when Robert Parker gave 98 points to their 1982 harvest Tinto Pesquera, comparing it with the legendary Pétrus. Parker defined Pesquera as one of the five best red wines in the world, moment when singer Julio Iglesias also sponsored it. From that moment, the Tinto Pesquera phenomenon is unstoppable and Alejandro Fernández becomes part of the group of the greatest producers of Spanish wine on his own merits.

Nowadays, Bodegas Tinto Pesquera belongs to Grupo Pesquera, which also has another three wineries: Condado de Haza in Ribera del Duero, Dehesa la Granja in Zamora and El Vínculo in Castilla La Mancha. Alejandro’s wife, Esperanza, has been a key part of the business development and now, their four daughters, Lucía, Olga, Mari Cruz and Eva, are in charge of the wineries, with Eva at the head of the oenology department of the group.

The last wine tourism programme created by Alejandro Fernández is the Hotel Pesquera AF, also in Ribera del Duero, at the foot of the castle of Peñafiel, the icon of the city and home to the Museum of Wine. Opened in 2011, it is an old industrial building, characteristic from the beginning of the 20th century. With state-of-the-art facilities, it has 36 rooms, the Luna Llena restaurant with fusion cuisine and traditional dishes, Taberna La Perla, with haute cuisine combined with the tasting of the best wines, the winery Bodega de Alejandro, especially equipped to store the unique collection bottles from the best harvests of the past years. And lastly, a fitness centre and Spa AlAgua.

Currently, Pesquera has around 7,500 barrels of American and French oak barrels for the ageing of their wines. It is supplied from over 200 hectares of vineyards planted with Tempranillo on the banks of the Duero river, next to poplars, willows and paths lines with trees, at an altitude of 1,000 metres above sea level. The vines are always trained in low espalier to better collect the heat from the ground. They are planted on soils poor in sand and gravel, on a layer of limestone and clay. These vineyards are under the influence of the continental climate, with harsh winters and frequent frosts, where temperatures can drop to 10ºC below zero. Sometimes, temperatures may even drop to 20ºC below. The annual rainfall is low, from 300 to 550 l/m² per year. Insolation also ranges from 2,200 to 2,800 hours a year. Summers are cool and dry, which favours the excellent final quality of the fruit.

All the wines from Pesquera are made with Tempranillo and always using whole, destemmed grapes. The fermentation takes place at a controlled temperature and it lasts between two and three weeks. After being pressed and without clarifying, the wines a transferred directly to a clever and subtle combination of American and French oak barrels with different toastings. With frequent rackings, the wines remain in the barrels for 18 months, in the case of Tintos Pesquera, and not less than 24 months, in the case of Reservas and Grandes Reservas.

Tinto Pesquera Crianza. It has an ample, intense aroma, where the wood provides elegant roasted notes to a nice range of ripe black fruit. It shows spicy notes of pepper and leather. Its structure is powerful but elegant, with a lively acidity and tannins with a full and noble evidence, soft and well combined with the rest. Its body, ample and powerful, stands the exuberance of the tannic component, which guarantees a long life ahead.

Tinto Pesquera Reserva. This wine has a splendid red cherry colour, very intense, with a good opacity and with a light garnet rim. Its aroma is concentrated, with black fruit (plums, currants) and refreshing mint balsamic notes, along with spicy notes of cinnamon. All of it on a background of liquorice and roast. In the mouth, it is powerful, albeit fine and elegant, with sap, tannic and vigorous, with a concentrated presence of fruit that can be felt and tannings that appear complex and meaty. Despite its concentration and its great structure, this wine leaves a marked impression of finesse and a promising, enviable future.

Tinto Pesquera “Janus” Reserva Especial. Despite its long ageing in barrels and its long stay in the bottle, the appearance of this wine is still quite notable. In fact, marvelous: intense, very concentrated and dark, with a light terracotta rim. Its bouquet, initially enclosed for years in the bottle, opens up exuberantly in a few minutes, showing all the complexity of the ripe fruit, along with notes of cocoa, cedar and roasted vanilla. In the mouth, it is rich, powerful, with prevailing black fruit aromas and a remarkable sapid concentration. The extraordinary aromatic deepness and the long persistence on the palate have an undoubtable balance, which make this wine a sample of the potential of this area to make wines with a very long life.

Tinto Pesquera Reserva Millenium. This is the only red wine that is aged for 26 months in French oak barrels. Its exclusiveness lies with the fact only three vintages have been launched on the market: 1996, 2002 and 2004. This is because it is only made in exceptional vintages. On the nose, the fruit appears rich, ripe and round, with a spicy note of wood and roasted vanilla, sprinkled with notes of pepper and clove. In the mouth, it has all the concentration of the red ripe fruit, a remarkable structure and the roasted nuance of the aromas of the wood. Above all, it has great elegance. It is a great wine thanks to its delicateness and its fruitiness, as well as for its strength and structure.