Discover the best wines produced from the D.O. Bullas designation

Despite being an old cultivation area, Bullas is the youngest DO area in the Autonomous Community of Murcia. Although their wines have been linked for decades to emergency exportations to France during the phylloxera plague, and to reparations of alcohol content, colour and structure of famished wines from other areas, it has now broken this tradition thanks to the modernisation effort by some wine-makers and growers that have relied relentlessly on the Monastrell grape. The grapes are harvested once they are ripe, seeking less volume and alcohol content and more quality; this means that some have managed to gain national and international prestige and recognition. 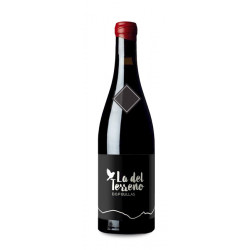 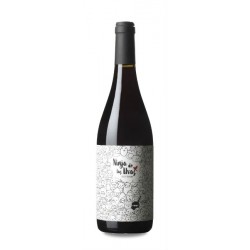 Power and sumptuousness in equal measure 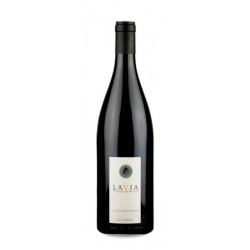 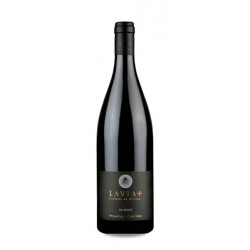 A very special brisado from Murcia 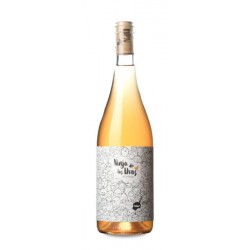 The first signs of human presence and agricultural activity in Bullas date back to the Neolithic period about 5000 years ago. Remains belonging to the era have been discovered in archaeological sites in Cabeza del Oro, Reclín, El Castellar, La Fuente Mula and El Pasico Ucenda.
Cities didn’t exist during the Roman era, rather people lived in ‘villas’ or rural farms and took advantage of many of the area’s springs to develop an agricultural or wine-making enterprise. Remains from these buildings have been found most notably in Los Cantos, but also in Fuenblanquilla, La Fuente Mula, El Romero, Fuente de la Carrasca, La Copa and La Loma. Los Cantos dates back to the first century A.D. and would have still been standing when the Barbarians invaded at the beginning of the fifth century. It has also been home to some significant archaeological discoveries, such as the famous sculpture ‘Niño de las Uvas’, which is an important local symbol that represents the seasonal mythological spirit of autumn.

As evidence of Bullas’ long wine tradition, some houses in the countryside and in the historical centre still maintain small family wineries in their cellars, and old law records from October 1849 bring us closer to understanding traditional cultivation techniques in the vineyards, as well as their system of wine production, showing that wine-making was a way of life.

In Bullas, the harvest was carried out late, and never started before the Fiestas de Octubre (October Celebrations). In some years, the Town Council even issued proclamations prohibiting the harvest before the festivities, which meant that by the time the grapes were harvested, they were very ripe and therefore had a high level of sugar; as a consequence, they could produce wines with a high alcohol content.

The production was carried out by wine-makers in individual wineries, in their own or rented from owners who either did not use them or did not use them to their full capacity. As they produced a large quantity of wine, the excess was exported to other towns in the region, mostly to Lorca and Totana, as well as other neighbouring settlements.
The actual expansion of vineyards in Bullas took place during the second half of the nineteenth century, after the spread of the phylloxera plague forced a demand for coloured wine with a high alcohol content throughout Europe.

Halfway through the twentieth century, Bullas led an important market for mass-produced wines. However, it wasn’t until halfway through the 1980s that the region took the first step towards acquiring the Designation of Origin, when some wineries started investing in technology and tentatively producing high quality wines.
In 1988, the Centro Gestor Vinos de la Tierra de Bullas (Management Centre for Bullas Wines) was founded thanks to a cross sectoral agreement within Bullas’ wine-making sector. Since then, and after intense labour in favour of the agreement, they officially chose the Designation of Origin which was finally established in 1994, and despite being a very old area for cultivation, it became the youngest denomination in the Autonomous Community of Murcia.
There is no doubt that this concession encouraged vine-growers to focus on improving the quality of their wines; they started to replant the vineyards with just as many native varieties as foreign varieties and make wines using modern methods, including the use of temperature control and fermentation in stainless steel.

The DO Bullas is located in the southeast of Spain, in the northwest area of the Murcia region, between the towns of Cehegín and Mula; it controls about 2300 hectares of vineyards with 700 vine-growers and 11 wineries.

The DO Bullas is situated between the Mediterranean and the mountain ranges within Andalucía, and despite the fact that the climate is generally colder than other Murcian denomination areas, it has very hot summers with sudden bitter winds coming from the mountains. The strong winds and frosts appear sporadically between October and April, and the average temperature is 15.6⁰C. There are periodic torrential downpours and storms, mainly between September and October.

The land is rough and uneven, with an ascending altitude from the South to the North. This topography causes small valleys with their own microclimates, rather than wide valleys. The soil on the mountainside is brown and so hard that it needs to be broken up mechanically before the vines can be planted. The soil is made up of brown, limestone earth with a limestone crust, it has a low quantity of organic material and good drainage. They are alluvial soils, with very variable characteristics.

There are three subzones: The Western and Northwestern Subzone includes the towns of Bullas and Cehegín, part of the municipal limits of Caravaca, Moratalla and Lorca’s high districts. They cultivate more than 50% of the vineyards here, at altitudes between 500 and 810 metres above sea level. This is Bullas’ best area.
The Central Subzone includes the municipal boundaries of Mula, Bullas and Cehegín. The vineyards are situated between 500 and 600 metres above sea level, and make up 40% of the total in the Bullas denomination.
The North-Northeast Subzone: the vineyards represent only 8% of the cultivation area and they extend to the municipal limits of Calasparra, Ricote, Bullas and Mula, at altitudes between 400 and 500 metres.

The recommended and permitted red grape varieties in Bullas are Monastrell, Tempranillo, Cabernet Sauvignon, Syrah, Merlot, Garnacha Tinta, Garnacha Tintorera and Petit Verdot, while the white varieties are Macabeo, Airen, Chardonnay, Malvasía, Moscatel de Alejandría, Moscatel de Grano Menudo and Sauvignon Blanc.
Nevertheless, 80% of the vineyards are cultivated with the red Monastrell, and the main variety cultivated among the white is the Macabeo. The Monastrell grape is a red variety with Spanish origin, centred on the Mediterranean and particularly in the Levantine region. This grape buds late, is from a compact bunch and produces small, round and sweet berries. It was first documented in the fifteenth century, although it is believed that its cultivation dates back many generations before this date. It is also known by the names Mataró (possibly because the wines used to be shipped from the port of Mataró when this variety was grown in the Maresme in Catalonia), Matrassa and Mourvèdre (a name that comes from the Visigothic name of the city of Sagunto, in Valencia).
In France, this variety is grown under the name Mourvèdre in Côtes-du-Rhône, as well as in Provenza – where a superb crianza rosé wine was created (Bandol) – and in Languedoc-Rosellón. In addition, the name ‘Mataró’ is recognised in California and Australia, while in Azerbaijan, ‘Matrassa’ is used.
In Spain, it is widely grown in Levante and it is the dominant variety in the DO areas Almansa, Valencia, Jumilla, Yecla, Bullas and Alicante, although it is also present in other areas like Utiel-Requena, Tarragona, Terra Alta, Conca de Barberá and also Penedés, where they produce some rosé cavas.

Only four days ago, it would have been impossible to refer to Monastrell wines without relying on the opinions of the critics over the oenologists. In fact, it is hard to believe that until recently, such a noble grape, defended by Levantine wine-makers, could have had such a bad reputation with a sad and gloomy future. In fact, the Monastrell has always been as underappreciated as it is profitable.
The Monastrell grape is distinguished by its ability to produce fleshy, tannic wine with a high alcohol content and an intense colour. There is no doubt that these qualities have been useful because until recently, their wines were shipped for decades to other Spanish regions and to countries like France to enhance thinner, paler and more fragile wines. Fortunately, this sombre panorama is changing, and today many wine-producers know that the Monastrell is as noble as it is so much more.

Bodega Monastrell is situated in the Valle del Aceniche, between the towns of Cehegín and Bullas, more than 850 metres above sea level. The estate, owned entirely by the family, contains 20 hectares of cultivated vineyards near the winery and it was started as a personal project during the marriage between Alfonso and Mavi, natives to Bullas and heirs to the family’s long agricultural tradition. They cultivate the vineyards with an organic certification and 100% of their wines are crianza reds that are aged in new fine-grain oak barrels composed of Allier forest wood and Hungarian oak.

Bodega Tercia de Ulea islocated in Moratalla, and its origins date back to the thirteenth century. The winery currently owns 45 hectares of vineyards located in the estates of Ulea, Los Charcos, El Portugués and La Alberquilla, all located in the municipality of Moratalla in Murcia. It produces 4 red wines under the DO: el Rambla de Ulea Cosecha; el Viñal Botial Crianza, a 100% Monastrell aged for 4 months in 500 litre barrels composed of 80% French oak and the rest American oak; and el Tercia de Ulea Crianza, 70% Monastrell and 30% Tempranillo, a typically Mediterranean wine with a large personality, a modern style and splendid expression, with very ripe, almost stewed, fruits, accompanied by spiced notes like pepper and clove which come from the ageing process. They also produce two rosé wines: el Rebeldía, with 80% Monastrell and 20% Syrah; and el Adivinad, a semi-sweet wine produced with 70% Monastrell, 15% Syrah and 15% Tempranillo.

Bodegas Contreras was founded at the beginning of the twentieth century by Juan Contreras Corbalán in Murcia in a district in Lorca called Avilés, and in 2007, he constructed a new winery with more advanced technology next to the old winery. Their vineyards are located in a microclimate in the Tierras Altas in Lorca, with old Monastrell and Syrah strains. They produce three different wine ranges, all based on Monastrell and Syrah: Zhiro, Sortius and Uvio, all aged. The newest range is Zhiro, a semi-sweet red wine that is best drunk cold, and is a blend of Syrah and Monastrell with a light touch of carbonic acid. The Sortius range define single-variety wines where fruity tastes and characteristic fruity and floral aromas predominate: Sortius Monastrell, with 3-4 months in the barrel, and Sortius Syrah. The most emblematic range is the Uvio, specifically Uvio C (the C stands for Crianza). They are complex and sophisticated wines, with long periods spent in the barrel where red berries and toasted, smoky spices combine to give maximum expression.