Wines born with the essence of the island of Mallorca

It’s fair to say that Balearic wines do not escape the character of the Balearic insularity, dynamic and unique in its culture and customs. Due to its strategic geographical location, Mallorca has excellent market potential for wines whose best qualities are based on the climate and culture of the Mediterranean. The Manto Negro and Blanca Moll (Prensal Blanc), have since ancient times served as the bases for the majority of their wines.

An intense, expressive and sincere wine 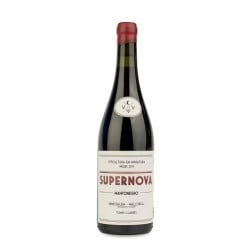 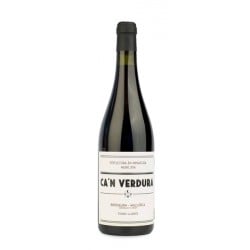 A corpulent and deep red with Mediterranean touches 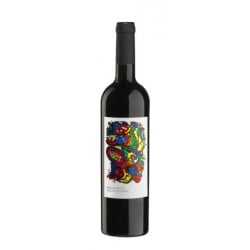 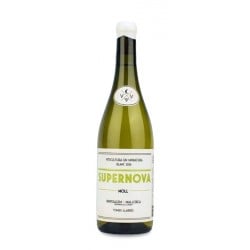 DO Binissalem-Mallorca is located on the island of Mallorca, the largest of the Balearic Islands, nestled in the western Mediterranean, 132 miles from Barcelona and 140 from Valencia. Vine cultivation began on the islands in around 121 B.C., when Quintus Caecilius Metellus conquered the island of Majorca. In the first century B.C., Pliny wrote about Balearic wines, comparing them with the best in Italy. Even during the period of Arab domination, and despite the prohibition of the Koran, vine cultivation continued, and when King Jaume I conquered the island in 1230, the Moor Beni Abet offered him grapes of excellent quality. In fact, viticulture began so important on the island that before the arrival of phylloxera, Mallorca had around 27,000 hectares of vineyards. However the phylloxera outbreak in Mallorca and the other islands in the late nineteenth century dealt a strong blow to the viticulture industry, with many vintners emigrating in search of new lands. The vineyards were mostly replaced by almond, olive and other profitable crops, with many native grape varieties eventually disappearing.

During the first half of the twentieth century, the total vineyard area ranged between 5,000 and 8,500 Ha, however after the Spanish Civil War, there was a slow decline in vine cultivation, due to the need to obtain other agricultural products. Nevertheless, the new tourist market in the mid-twentieth century gave a push to the local wine industry, which has since continued to grow in both quality and quantity, with the Binissalem-Mallorca being officially recognized in 1991, the oldest on the island. The DO is situated in the centre of the island of Mallorca, around the town of the same name, covering the municipalities of Consell, Santa Eugenia, Santa Maria del Cami and Sancelles, and covers a gently rolling terrain dominated by the plains, and protected from the north winds by the imposing Sierra Alfabia massif. The DO is now currently home to 600 hectares of registered vineyards, with 13 registered wineries.

The DO Binissalem-Mallorca is home to a Mediterranean climate, with hot, dry summers and short winters. Annual rainfall is around 450mm. The Sierra de Alfabia lies to the north of the DO, and protects the vineyards from the cold, maritime and humid winds during winter. The high summer temperatures are perhaps the biggest problem for farmers, although the vineyards usually lie at altitudes between 125-300 metres, which help maintain somewhat lower temperatures overnight during the ripening and harvest periods.

Soils are mostly dark of dark-limestone from quaternary continental sediments, abundant in limestone.

In regards to grape varieties, the native Manto Negro grape accounts for over 40% of red grape cultivation, followed by Cabernet Sauvignon (27%), plus Callet, Tempranillo, Monastrell, Syrah and Merlot, but there are also plantations of the tinta Gargollasa, which is used (30% maximum) in the composition of some wines or even sparkling rosés. Concerning white grape varieties, Moll or Prensal Blanc represent around 50% of the white varieties grown, followed by Chardonnay (28%), then Giró Ros, Macabeo, Parellada, Moscatel, as well as some experimental vines of Sauvignon Blanc.

The DO Binissalem-Mallorca are probably most renowned for their red wines made with the Manto Negro variety. When vinified well it produces elegant wines, aromatic, full-bodied, specially designed for ageing in oak barrels. The regulatory council has even said that for a red wine to come under the DO Binissalem-Mallorca classification, it must be at least 30% Manto Negro. The variety often offers notes of ripe fruits such as blackberry, fig and pomegranate, with particular notes of carob, which is also cultivated in the vineyards of Mallorca.

The wineries are equipped with the latest technology, with almost all the family wineries in the area applying the concept of the château: ie, the vineyard and winery on the same property.

An example of this is the Bodega Jaume de Puntiró, a traditional family winery founded in 1980. The winery is home to half a dozen hectares of vineyards on different plots in Santa Maria del Camí, all cultivated and worked organically and endorsed by the Producción Agrícola Ecológica de Baleares (Organic Agricultural Council of Baleares). Wines produced here include their red wine Vermell, a blend of Manto Negro and Callet, as well as Carmesí, a blend of Manto Negro, Callet and Cabernet Sauvignon, aged for 12 months. The winery also offers its high end wine JP, a red wine that is only made during exceptional harvests, which comes from the old Cas Misser Fiol vineyard, with only 700 bottles produced per vintage.

Bodegas Macià Batle. Founded in 1856, this is the oldest winery in the DO Benissalem-Mallorca. Their range of wines includes Macià Batle Crianza, a blend of Manto Negro, Callet and Cabernet Sauvignon, aged in French and American oak and rests in the bottle for around 24 months. However, the flagship of the winery is their Reserva Colección, made using the best vineyards in the region and always produced in limited quantities, it combines the knowledge, art, tradition and viticultural heritage of the winery.

Ca Sa Padrina (1999), in Sencelles. This winery has eight hectares of vineyards, home to both native and foreign grape varieties. The winery produces and markets the red wine Montenegro Suñer-Bibiloni, an elegant wine, very aromatic with a balance between its ageing and youth. The winery also produces the white wine, Mollet Suñer-Bibiloni, which shows off the potential of the native Moll grape variety.

Vinya Taujana is a project of the Crespí family founded back in 2001. It is home to 7 hectares of vineyards which are worked using the trellis system, with the native varieties Manto Negro, Callet and Prensal, as well as the foreign varieties Cabernet Sauvignon and Syrah. Under the Vinya Taujana label, the winery produces a white wine single varietal made with the native Prensal variety, as well as the red wine, a blend of Manto Negro (70%) and Cabernet Sauvignon. Other wines produced by the winery include Torrent Fals Crianza, a blend of Manto Black, Cabernet and Syrah, which is aged for over 6 months in new French and American oak barrels. 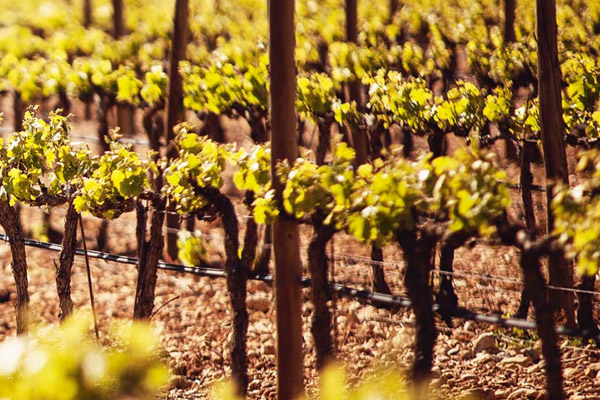 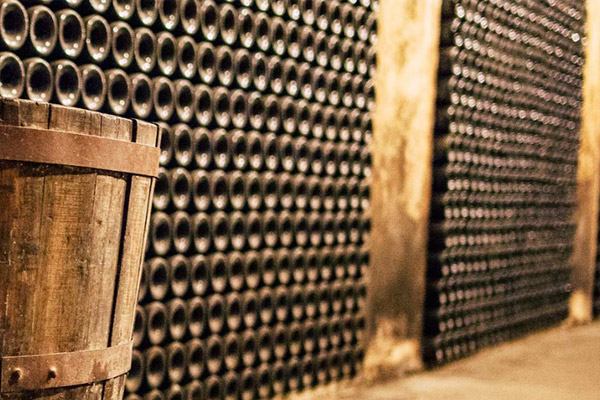 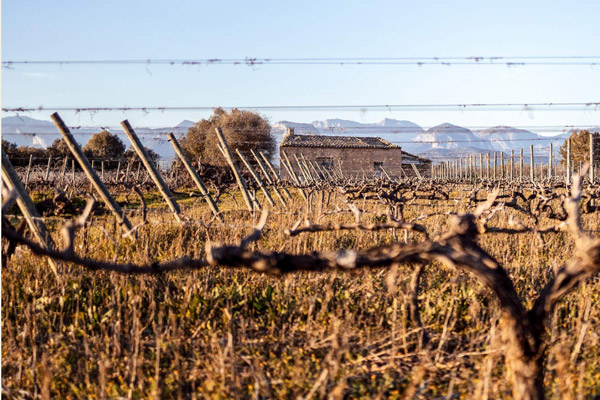 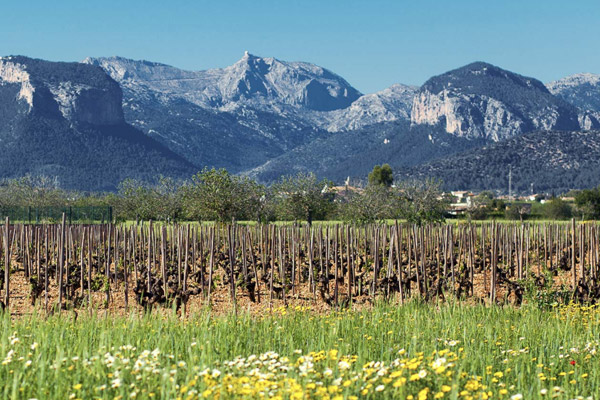 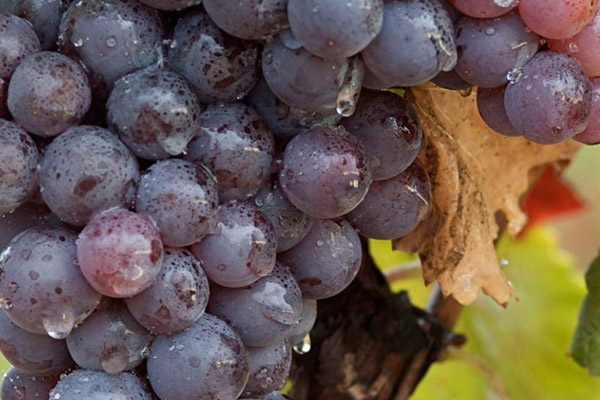 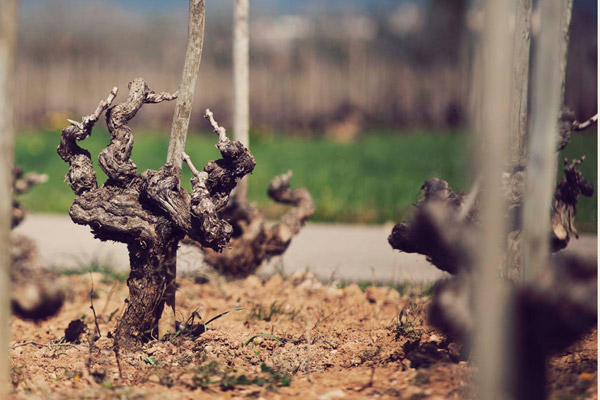