Scala Dei Masdeu is a red wine from the D.O Priorat region produced by tge Scala Dei winery. This wine is made using Grenache grapes.

The grapes used for Scala Dei Masdeu come from vineyards situated at around 720-800 metres above sea level. The soil is calcareous clay soils. The winery is home to 60 hectares of vineyards, spread across 42 plots. But given that each plot is different, the care of the vine varies almost every metre.

Once the harvest has been carried out and the grapes have been transported to the winery, the grapes are placed into cement tanks, without being destemmed. The ageing process then takes place in large oak casks with a 1,200 litre capacity, where Scala Dei Masdeu rests for 12 months.

Scala Dei is a historic winery of the Priorat region. Dating back to 1878, when the first bottles of wine from Priorat left for the Universal Exhibition in Paris left its facilities. Almost 100 years later in 1973, Scala Dei scaled up its production and paved the way for a new era for the Priorat region, now considered one of the most interesting in Spain.

Real reviews from customers who have purchased this product
5136

A tribute to the Priorat’s origins 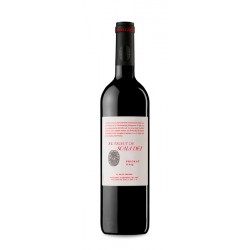