A powerful and fresh red wine from old vines in Alicante

Valencia, specifically the Alicante area, is one of the places in Spain that can boast of having an arid Mediterranean climate, with mild temperatures throughout the year (with an average of 17.8ºC) and low rainfall (336 mm per year on average) that is mainly concentrated between autumn and spring. This translates into 37 rainy days and 2864 hours of sunshine per year. However, at Bodegas Enrique Mendoza, they do know exactly how to take advantage of this water.

They say that in this winery’s estate, located in the district of Las Virtudes, west of Villena (in the Vinalopó Alto region), it rained so much during September and October that the land was still waterlogged until January. From this anecdote comes both the name of the Chaconero estate, derived from Las Tierras del Charco de Enero, and the name of Enrique Mendoza Finca Xaconero, one of this house’s best known wines.

At Enrique Mendoza most of the wines can be described as excellent. And if they don’t achieve that occasionally, at least we can be sure that that’s always what they’re striving for. This focus is what has led to the winery becoming part of Grandes Pagos de España, an association of 30 wineries where they share experiences and research in order to reflect the terroir in each bottle they make. In the case of Enrique Mendoza Finca Xaconero (produced in the D.O. Alicante), this union between soil, climate and expertise can be summarised as follows:

The first crops from the El Xaconero estate, also known by the local people as Las Quebradas, date back to the 12th century. The variety of soils, which are gravelly, sandy-loamy and sandy, are the perfect place to cultivate and maintain the old Monastrell, Syrah and Garnacha Fina vines that Enrique Mendoza Finca Xaconero is made from. Also, this estate is a Special Protection Area for Birds (SPA), designated at a European level as a protected environmental area of great importance where you can watch the plovers, stilts, vultures and bee-eaters that coexist in the Laguna de Villena (2 km from the estate).

In part, this biodiversity is aided by the area’s climate, where winters are colder than in the rest of the denomination and summers are kept cooler by the Mediterranean sea breezes that arrive along the natural mountain corridors.

The human factor definitely comes into play at the time of harvesting, which is carried out in two batches: on the one hand, the Syrah and Garnacha Fina (harvested in the second week of September); and on the other, the Monastrell (in the fourth week of September). In the winery, Enrique Mendoza Finca Xaconero is fermented in stainless steel tanks at low temperatures (around 25ºC) using native yeasts. After several pump overs, and once the work of the yeasts has finished, the wine undergoes a post-fermentation maceration for 5 days, which prepares it for its aging time. Enrique Mendoza Finca Xaconero will spend a full year in medium-light toasted Allier French oak barrels, which allows the wine’s fruit to be respected as much as possible.

Enrique Mendoza Finca Xaconero 2017 is a concentrated red wine. On the nose it is fresh with aromas of rosemary, rockrose, lavender, sage, laurel and pine. The palate is powerful, with fine, sweet tannins. Elegant. Lingering and intense finish.

This winery is quite aware of the fact that field work is what is truly important, because for the Mendoza family the best wines are always born from the best vines. Even the name of the company is proclaimed as "Enrique Mendoza Viticultor" ("viticultor" meaning winegrower in Spanish). Despite Enrique Mendoza making the vast majority of its wines from foreign varieties, the winery has been erected as one of the main flagships of D.O. Alicante. Currently, it is one of the exemplary wineries of the Mediterranean, whose high-end wines are widely recognised both nationally and internationally. 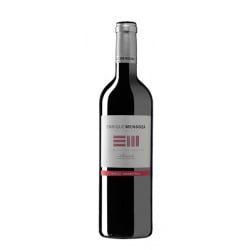 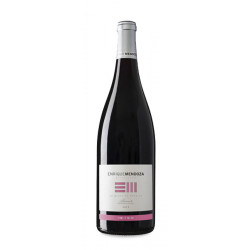 A tribute to the Levant lands 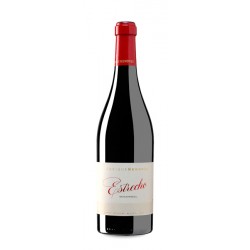 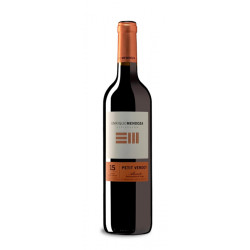