The best Uruguayan red wine according to Atkin

The reports written by Tim Atkin, the British Master of Wine and journalist, are sacred to thousands of wine enthusiasts. So when he published his report on the best Uruguayan wines to coincide with Tannat day, Uruguay’s star variety, many took this opportunity to delve into a wine region that is still not very well known. One of the wineries highlighted by the critic was Bouza, a project built in 1942 in the style of French chateaux making fine, quality wines. Surprised by the unique handling of the Tannat grape using modern techniques and doing away with the traditional style of long aging in wood, Atkin named Eduardo Boido, who makes these wines, winemaker of the year. Not only that, he also classified his Bouza Monte Vide Eu 2018 as the Best Red Wine of the Year.

The property is divided into two vineyards: the Melilla vineyard, where the winery is located, and the Las Violetas vineyard, both located in the Metropolitan area, and Bouza Monte Vide Eu is the result of blending three varieties: Tannat, Merlot and Tempranillo. Traditional agriculture is practiced with the grapes selected manually, berry by berry, and in the winery each variety is vinified separately. Fermentation is carried out at a controlled temperature of 26ºC, with 2 daily pump-overs and post maceration with 1 daily pigeage. Aging lasts between 9 and 16 months in French and American oak barrels.

Under the name Monte Vide Eu (“I saw a mountain”), which would be the words uttered by a sailor on Ferdinand Magellan’s expedition when he spotted the hill of Uruguay’s future capital, Bouza Monte Vide Eu represents all the strength and character of Uruguay’s red wines. A highly polished and very limited production blend that Atkin himself has described as “The best Uruguayan wine I have ever tasted.”

Bouza Monte Vide Eu 2018 is a concentrated red wine with aromas of ripe red fruits, spicy notes and hints of vanilla. On the palate it is meaty, flavoursome and well structured. A medium-bodied wine with noticeable acidity, silky tannins and a long, pleasant finish. 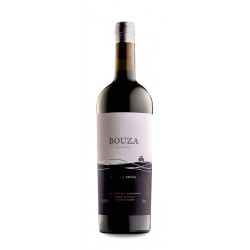 The best introduction to a New World Tannat 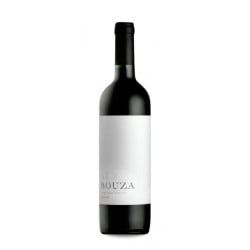 A complex Tannat made in Uruguay with a distinct identity 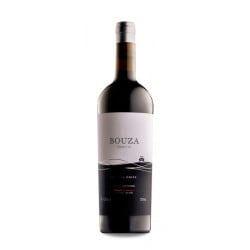