Wine by the winery Finca Villacreces

Since its last stage, at Finca Villacreces they considered the option of carrying out viticulture according to the most significant integration elements, to be able to conceive and personalise their wines from the vineyard itself. With this premise, they thought of the need to acquire full knowledge on the nature and its environment. All the senses were involved: search, methodology, innovation and tradition, all with the aim of extracting the maximum identities from the terroir and the fruit. 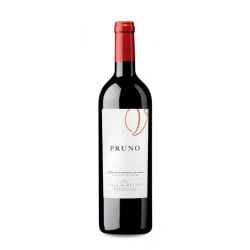 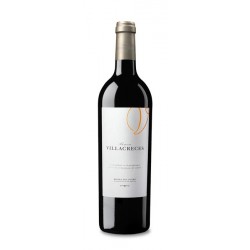 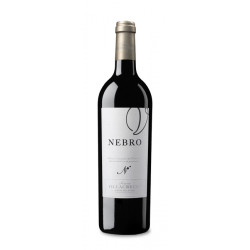 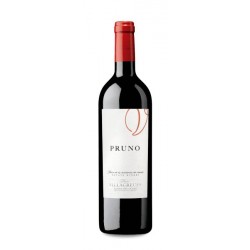 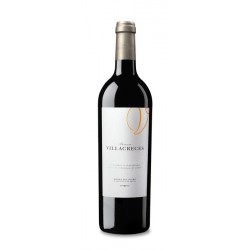 The first bibliographic data on the existence of this property on the banks of the river Duero, belong to its first settler, the Franciscan friar Pedro de Villacreces, hence its name. With him, a group of clergymen, among whom was Saint Pedro de Regalado, patron of Valladolid, settled down in that privileged site to become dedicated to prayer and the cultivation of the land; they already had a small vineyard for their own consumption and for the nearby monasteries.

For several centuries, Villacreces was a retreat centre for Franciscan hermits who were dedicated to reflection and penitence, as well as to the cultivation of the land and the observation of nature. With the arrival of the Confiscation of Mendizábal in 1836, these lands were passed on to private hands, specifically to the marquessate of Teodosio Alonso-Pesquera, a senator of the kingdom with Alfonso XIII. Shortly after, the latter granted a royal concession through which Finca Villacreces now how the rights over the water of the river Duero.

The II Marquis of Alonso Pesquera was the one who sold this farm in the beginning of the 20th century to the Cuadrado family, from Valladolid. They used the farm as a recreation area, also accommodating illustrious guests. One of them was Peter Sisseck, from Dominio de Pingus, who used the winery and part of the vineyard to make his Flor de Pingus.

Currently, Finca Villacreces is part of Grupo Artevino. Artevino started in the world of wine with the help of Gonzalo Antón who, together with a group of friends and entrepreneurs from Álava, built in Bodegas Izadi in Villabuena de Álava in 1987, in the heart of La Rioja Alavesa. In 2000, his son, Lalo Antón, joined the company, where he promoted commercialisation abroad. He also helped expand the company, which under the name of Artevino, took over the projects Villacreces Finca (D.O. Ribera del Duero ), Bodegas Vetus (D.O. Toro and D.O. Rueda) and Orben (D.O.Ca. Rioja).

The four wineries maintain a unique and well-differentiated personality, although they share the same goal: the production of quality wines in the most emblematic areas of their respective denominations of origin, the most prestigious ones in Spain. Attention to detail, effort and care when they start any project, are the fundamental pillars of each of these wineries that seek to transmit the identity of each area and the character of each land.

In 2004, after a long search throughout Ribera del Duero, Gonzalo and Lalo Antón, who already had the Izadi winery in La Rioja and Vertus in Toro (Vetus), met the Cuadrado family. At the time, Pedro Cuadrado showed interest in leaving the wine business and passing on the farm, an opportunity that Gonzalo and Lalo Antón took advantage of to buy one of the most spectacular farms of Ribera del Duero. After the renovation of the winery, and a conscientious work of recovery of the vineyard, Villacreces was reopened in 2007. In the middle of the farm we can find the winery, built to preserve its natural environment, and at the same time to guarantee a thorough control in the management of every detail of the winemaking process.

Villacreces is a 110-hectare farm, 64 of them of vineyards. It is located on a meander of the river Duero, in the heart of the Golden Mile of Ribera del Duero, between Quintanilla del Onésimo and Peñafiel. The vineyard is divided into 15 plots where they grow the varieties Tinto Fino, Cabernet Sauvignon and Merlot, which intertwine with a century-old pine tree forest of great environmental and scenic value. Finca Villacreces, emerges as a unique vineyard, conditioned by the diversity of its soils, which range from extremely sandy areas near the pine trees, to very stony terrain where boulders from the alluvial deposition of the river Duero prevail. The poverty of the land naturally guarantees low yields of around 4,000 kg per hectare.

Finca Villacreces is located at 700 metres above sea level, and is subject to an extreme climate, with great variations in temperature, long winters and dry summers with low rainfall. However, the forest that surrounds the farm provides a special microclimate, protecting the vineyard from the most aggressive climatic conditions. Lluís Laso is the winery manager, while Javier Vicente is in charge of oenology.

Grupo Artevino has the mission of producing quality wines from farms located in the most emblematic areas of the main Spanish denominations of origin. These wines are destined to restaurants and the specialised shop.

In Finca Villacreces they apply viticulture focused on quality, where the vineyard self-regulates to limit its production to less than 2 kilos per vine. These vineyards are also cultivated following the criteria of integrated viticulture. This means that the natural condition of the vine is controlled and preserved to attain wines with the personality and features of the area.

Pruno is made with 90% Tinto Fino and 10% Cabernet Sauvignon from the 64 hectares owned by Finca Villacreces. It is aged for 12 months in 100% fine-grain French oak barrels from the Darnajou and Taransaud cooperages. On the nose, it has aroma of red fruits, with notes of liquorice and hints of roasted and toffee. Pleasant mid-palate and a soft aftertaste. In January of 2016, Robert Parker chose Pruno as the best wine of 2015 in terms of price and quality, making it the number one worldwide regarding high-standard wines at an affordable price.

Finca Villacreces is the emblematic wine of the house, and the one that has their name. It is made with a meticulous selection of the best vines, among the 15 plots of vineyard, with 86% Tempranillo, 10% Cabernet Sauvignon and 4% Merlot. It is aged for 14 months in 100% fine-grain French oak barrels. It has an expressive aroma of fine cocoa and creamy oak, ripe fruit, and a fruity and complex expression. In the mouth it is full of flavour and layers of black fruit. Long, with a finish of smoky hints, and balanced.

Nebro is made from a plot that is almost a century old, with old vineyards and low yields. It is a limited edition that is only produced in vintages of extraordinary quality. Its average production is of around 1,100 bottles. It is a 100% Tempranillo varietal, aged for 14 months in new 100% fine-grain French oak barrels from the Darnajou cooperage. It is a wine with a great varietal expression, with ripe fruit and mineral nuances. In the mouth, it is round, unctuous, voluptuous, with ripe tannins. Long and persistent. 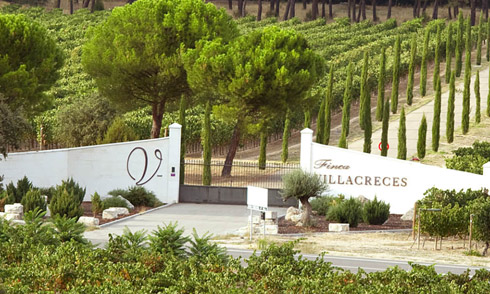 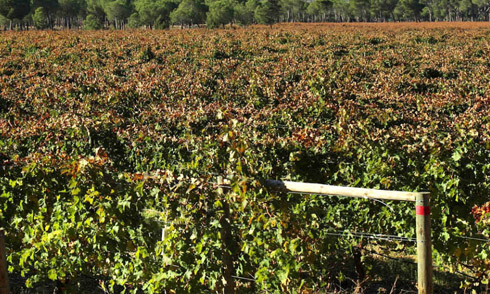 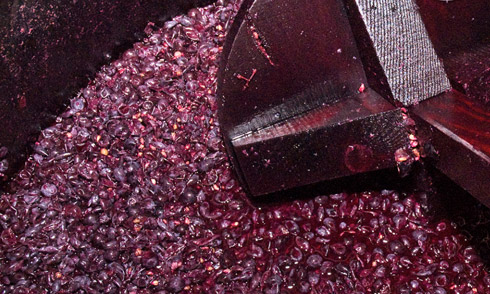 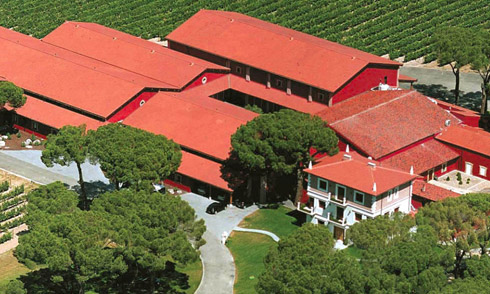 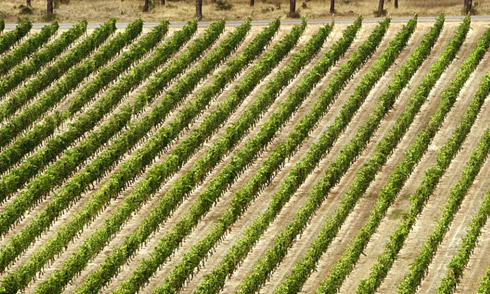 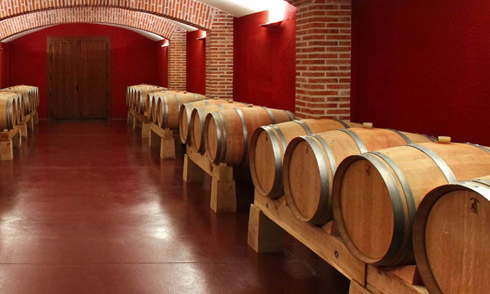