Wine by the winery Clos Mogador

Clos Mogador is René Barbier, a pleasant man and passionate about wine, he lives in the past and the future as he does in the present. The history of the winery as well as the wines themselves are a faithful reflection of himself. Having been in the industry for many years, Barbier was one of the pioneers of the revival of the Priorat region, when in 1979 he bet successfully for this difficult area when others ignored it, founding his current winery Clos Mogador in the vicinity of Gratallops. 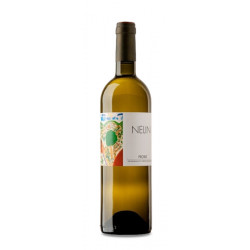 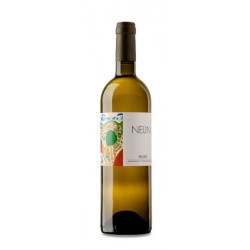 A fresh and expressive project by the Barbier family 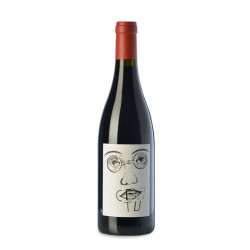 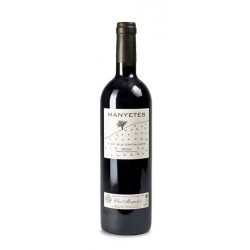 One of the best reds from Priorat 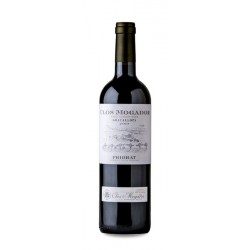 Rene Barbier is, and will remain, the patriarch of Priorat, a visionary hippy who led a wine movement with a small group other daring winemakers that forged what is today one of the most prestigious winemaking regions of Spain and one of the most recognized regions internationally.

To speak of the Clos Mogador wines is to make reference to the Barbier family, a family of French origin who have been associated with the world of wine since 1200. The family possessed over 1,500 hectares of vineyards in the region of La Martinet, en Veuclusse, which found fame thanks to Elisabeth Barbier in her novel Mogador.
Here is the first mention of the name “Mogador”, but the wanderings of Barbier through the world of wine has not been exempt from misfortunes.

The Barbier family arrived in Spain in 1880, fleeing from the phylloxera that was sweeping their vineyards. The decided to settle in Tarragona, purchasing local grapes from the region and selling their wines in bulk to the affected French producers. Following the plague, the family returned back to France, replanting on land in Rhône, however World War 1 soon destroyed these new plots. After returning back to Tarragona, they were then forced to return to France following the outbreak of the civil war, leaving the winery in the hands of the workers. Back in France, the Nazi occupation again destroyed their crops, forcing them to again return to Tarragona.  After World War 2, René I decided to return to France, while René II remained in Spain to head the René Barbier winery, taking the initiative to bottle the first quality wines in the region of Priorat and the Penedès. However, René II died when he was only 50 years old, and the business, full of debts, was absorbed and poorly ran by the former Rumasa, which later passed the winery onto the hands of Freixenet, which continues today using the René Barbier brand.

At the same time, a young René III, the René of Clos Mogador, was being educated at some of the most prestigious winemaking schools in Bordeaux, Borgonya and Limoux, as well as working in prestigious wineries such as Moueix. On returning to Spain with no hope of recovering the family business and label, he went to work within the commercial and exports department in Herencia Remondo, in La Rioja. Here he met the Palacios family, including the then very young Alvaro Palacios, who years later would too go on to produce great wines in the region.

Years passed and it was not until 1979 when the descendants of the Barbier family: René Barbier, the son of René Barbier, his wife Isabelle and their children René IV, Celine, Christian and Anderson, acquired a few inhospitable hectares where only a few vines grew in Gratallops with the help of Isabelles father. And this was just the beginning of everything, the vineyard.

It´s for this reason that we say that the Bodega Clos Mogador has come from the hard work and knowledge of many generations that enjoyed, enjoy and will continue to enjoy the countryside and land in its purest form. On this rugged terrain, René Barbier planted Cabernet Sauvignon and Syrah, as well as recovering and reviving old Grenache and Carignan vines. With the help of a few friends, he then built a humble house next to his vineyards. René always wanted to create wines that expressed the terroir. Because of this, he maintained biodiverse vineyards, which are not home to a single variety, with a wide range of vine ages, vines planted alongside olive trees, fruit trees, herbs and spices, as well as natural vegetation, all of which result in a richer vineyard.

The winery currently owns just over 40 hectares of vineyards and began to take shape in 1986 with the purchase of an old farm in Gratallops, which was then extended for more office space and a larger ageing cellar in 1998. Currently René Bariber III remains in charge of the company, while his son René Barbier IV is now responsible for all vinification and winemaking at Bodega Clos Mogador (as well as a taking on other interesting and unique wine projects within the Priorat and Montsant regions). Isabelle Meyer is currently responbile for the marketing, public relations and design for Clos Mogador, while Christian Barbier Meyer, born in 1992, is currently training in biodynamic viticulture, while receiving scientific training at the Claude Bourguignon School. Given the success and enthusiasm of the younger generations of the family, the future of René Barbier and Clos Mogador looks bright.

At the winery, the harvest is always carried out manually. This can be carried out several times to ensure that only the best quality grapes of optimum maturity are selected to make the wine. The grapes are then transported to the winery in small 10 kilogram boxes, and are again passed through a double belt selection table at the winery ensure that only the best grapes are used in production.

Clos Mogador was the first wine produced by the winery, born from the first vineyards acquired by René Barbier. This wine is a blend of Carignan and Grenache, rounded with Cabernet Sauvignon and Syrah. It is aged for 18 months in oak barrels. In addition, since 2007, Clos Mogador was the first Catalan wine to obtain the "Vi Finca"certification, which is the highest honour that can be awarded to a wine in Catalonia. The requirements to receive this recognition are as follows: the wine must belong to a Denominación de Origen; the wine must come from the same farms and vineyards with yields lower than 15% of the average; the wines must score at least 72 points on the official tasting of the Regulatory Council; the wine must have consolidated prestige and quality with at least ten years on the market. The taste is clean and spicy with a focus on very ripe fruit, spices and minerals.

Manyetes, another red wine, first produced during the 2000 harvest. It is made exclusively with Carignan grapes with a subtle touch of Grenache. It is aged for 17 months in barrels of 500 liters, which produces only 8,000 bottles. It is a particularly poor soil, arid, steep and covered with llicorella (slate), where the vines can barely grow. Manyetes is rated "Vi de la Vila de Gratallops" which is the recognition of the terroir of Priorat, as in Burgundy (village), which assumes that there are recognizable differences between wines produced in different municipalities. It is a title that goes a little beyond the DOQ Priorat, to give legal recognition to municipalities on the label of wines, as one of the most valued characteristics of the wines of Priorat is their attachment to the land of origin. The result is a wine style that always offers a rare and elegant minerality, earthy, with balsamic notes of of black fruit, with a very seductive palate of ripe, velvety tannins that drive a very, very expressive end.

Nelin is its white wine, a blend of Grenache and Macabeo, with a small percentage of Viognier, Pinot, Roussane, Marsanne, Pedro Ximénez and Escanya-vella. Firstly maceration takes place for around 12 hours, followed by pressing of the grapes. The free run juice is separated from the rest of the juice. After pressing, fermentation takes place using native yeasts taken from grapes from the same estate.Temperature-controlled fermentation takes place in in wooden vats at around 16-18º and usually lasts about 20 to 30 days. Once the fermentation as taken place, the wine is aged in barrels, wooden vats and cement vats for about 8 months. It is a complex white that brings a bit of each of the varieties with which is made: the white Garnacha spices and quince, the fruit and body of Macabeu, the sweet sensations and dry mouth of Pedro Ximenez, Escanyavelles structure, Pinot acidity, fleshy fruits from Viognier, Marsanne and Roussane and freshness to balance the warmth of llicorella. Excelente vino de guarda. Excellent wine stores

Other wines associated with Barbier

The restless spirit and passion of René Barbier and his son has lead to their participation in other interesting and unique wine projects, located across the regions of Priorat and Monstant.

A good example of this is the Espectacle del Monstant, which is the result of the hard-work of René Barbier, Isabelle Meyer, Christopher Cannan and Fernando Zamora, who came together for the project to delevop a unique wine, which faithfully portrays the century old Grenache vineyard from where it came from in Monstant. Each person brings their own knowledge and experience to the development of this exceptional wine.

René Barbier is also a partner in Celler Laurona, with members of the Trinca, with Josep Maria Mainat, Marcos Santana and Toni Cruz, along with Fernando Zamora, a professor at Rovira i Virgili University, both winemakers at the Celler Laurona since its inception.

René Barbier’s so was also responsible back in 2000 for the development of Clos Figueres de Cristofer Cannan. 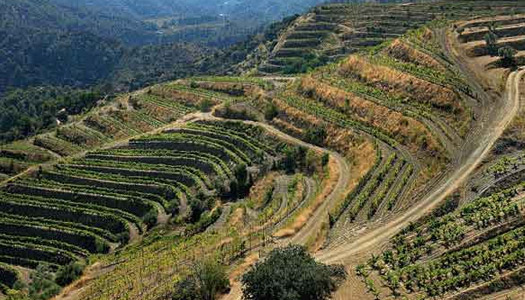 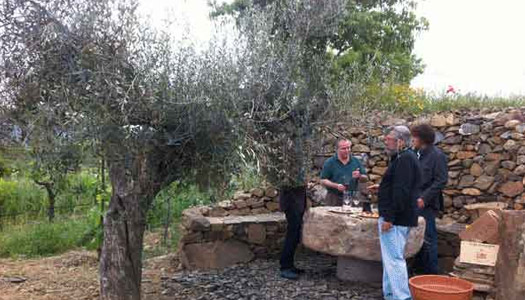 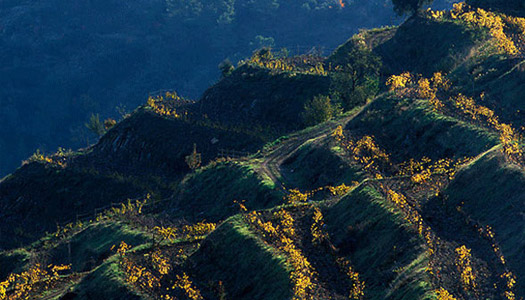 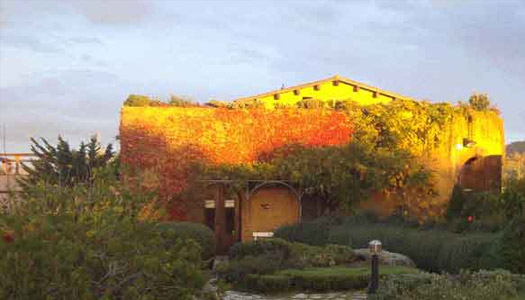