Wine by the winery AN Negra

The revelation of Mallorcan wines

The winery Ànima Negra is one of the great promoters of the renovation of the Mallorcan wines. Outside the protection of a Denomination of Origin, at their own choice, and under a their own philosophy of understanding wine and viticulture, its wines offer the hallmark of the area where they are born. The combination of the climate, the land and unique local varieties, such as the Tinta Callet, an exclusive Mallorcan variety, are the identity traits of Ànima Negra, which shape the particular personality of all its wines.

A complex wine made with native Mallorca varieties 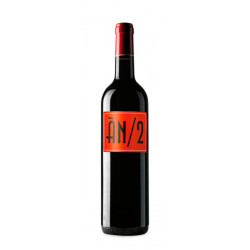 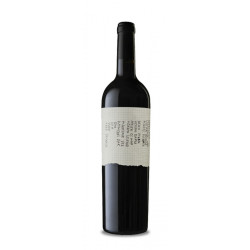 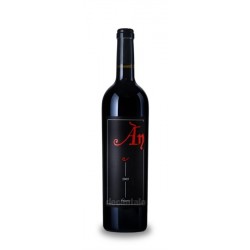 A complex wine made with native Mallorca varieties 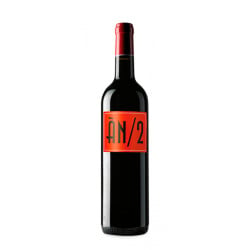 The essence of Mallorca in a very limited production 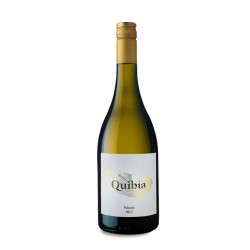 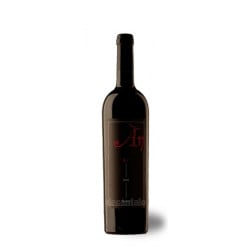 More about AN Negra

The history of this particular winemaking project dates back to the mid-90s, thanks to two wine-loving friends, Miquel Ángel Cerdà and Pere Obrador, who were helped by the oenologist Francesc Grimalt since the beginning, although the latter left the project in 2005 to start his new personal project, 4 Kilos Vinícola, also in Mallorca.

We must point out that, since that decade, the winemaking scene in Mallorca has changed dramatically, especially regarding the number of wineries; in 1994 there were eight and today there are more than 70. Also, two Denomination of Origin have been institutionalised, the Binissalem-Mallorca in 1991, and Pla i Levant in 1999.

Due to its location Ànima Negra could belong to this last D.O., but its owners decided to stay away from the ties of being in a Denomination of Origin since the beginning. Therefore, their wines are included in the geographical indication Vinos de la Tierra de Mallorca.

In this context, Miquel Àngel Cerdà has always claimed that: "We are outside of the D.O. because we do not share their criteria, and also because we are convinced that each winery has to develop its own denomination of origin, searching for methods and varieties of grapes so that their wines reach the greatest balance. Ultimately, our idea is that the oenologist disappears and is taken over by the winemaker. In fact, the lack of D.O. on the labelling has not been nor is a problem for Ànima Negra to continue exporting 80% of its production, because in reality, we do not sell wine, we sell history."

Ànima Negra was born in 1994. The winery is located to the south-east of the island of Mallorca, and it produces its wines in the old "possessió" of Son Burguera. The history of this emblematic building, near Felanitx, dates from the 13th century. Since its beginnings it had facilities for the production of wine, destined, at first, to supply the demand of the people of the area, although lastly it was operating as a dairy.

However, it was in the 19th century, when the French vines were affected by phylloxera, when the wine production of Mallorca became an important part of the agrarian economy.
Felanitx is a paradigmatic case, and in 1919 the cooperative winery was founded, with the desire to group the entirety of the production and make it more profitable.
The size of the building reveals the economic glory of the time, since in the 70s of the 19th century, more than nine million litres of wine were exported from the port of Felanitx.

The cultivation of the vines, with advances and setbacks, and with an important or secondary role for the economy, has become part of the culture of ÀN, and it is in said building where the first production was performed. Here, the improvement of the facilities, as an essential condition for the production of quality wines, has been constant. Obrador and Cerdà faithfully continue at the head of the winery, and at present they have the collaboration and professional experience of oenologist Xavier Ausás, a former oenologist of Vega Sicilia, where he worked for 25 years.

For Obrador and Cerdà, their work philosophy is aimed at recovering and defending the original meaning of "Denomination", just as it was conceived in the France of the 1920s, in the sense of producing wines that reveal a personality of their own.
In this sense, and at present, Ànima Negra has 70 hectares of their own vineyard, advocating from its beginnings for the local varieties, like the Callet, Fogoneu and Mantonegro, in the countercurrent of the moment, since the vast majority of wineries of the island were using more international, easy-to-produce grapes, like Cabernet Sauvignon.

Undoubtedly, their work with local varieties with grapes of little colour and fragile structure, in a time of fashion for covered and powerful reds, was at the time a philosophy difficult to understand.
One of the keys to the success of the project has been, and still is, their obsession to select the best grapes only, although this meant buying very small quantities of specific plots to a large number of small winegrowers and owners.
And on the other hand, knowing how to adapt with rigour and intelligence the winery's processes to the particularities of each of the grapes, practising in each case more or less long macerations, more or less strong extractions, and vinifications with a lot of oxygenation.

The result is subtle wines, very aromatic and evocative, able to perfectly reflect the Mediterranean landscape. But apart from the local Fogoneu and Mantonegro, in Ànima Negra they have known how to treat the Callet, a variety that may seem rustic and powerful, but that is capable of offering very elegant wines. For ÀN, the Callet variety needs suitable ageings, in the ideal barrels. This is why they have worked for years with a French cooperage that has been involved in the search of the oak that best adjusts to the characteristics of this grape, even by sending their experts to the winery on a regular basis. This research on barrels has also overlapped with an evident change of style in its wines, where the Callet is more present in each vintage; it is also included in their latest wine, the white Quíbia.

The wines of Ànima Negra are 3 red wines and one white. In these wines, as we said, the local varieties are the true main characters.

Son Negre comes from old low-yield vines of local varieties such as Callet, Mantonegro and Fogoneu. It is made using environmentally friendly production techniques that protect the authenticity of the climate and the land. The harvest is carried out manually in 10-kg boxes. After going through French oak wood of medium to light roasting for 20 months and before being bottled, it spends three more months in concrete deposits without any kind of clarification. The result is a mineral wine, surprising, very elegant. As time goes by in the glass, it provides you with honest flavours, of terroir, and a great personality. For this wine they count on the collaboration of their friend, the painter Miquel Barceló, who designs an exclusive label for each vintage of the Son Negre.

ÀN is made from very unique vineyards. The combination of old Callet vines with poor and mineral soil on calcareous rocks, in competition with fruit trees planted among the vines, give this wine a unique character. The harvest is carried out manually in 10-kg boxes. After going through French oak wood (for 18 months) of fine to very fine grain, with medium and light roastings, it spends two more months in deposits before being bottled. Elegant, unique, fine, full, differential, very local.

ÀN2 is the coupage of the following local varieties: 65% Callet, 20% Mantonegro and Fogoneu, and it is complemented with 15% Syrah. The harvest is carried out manually in10-kg boxes, and it is aged for 13 months in French and American oak barrels: by origin, 70% French and 30% American, and by age, 35% in new barrels and 65% with a maximum of three uses.

Quíbia is the white wine of the winery and its latest addition. It is made with 60% Callet, together with the local white variety Premsal (30%) and a small percentage of Muscat and Giró. It is fermented and aged on its lees for four months in 7,000-litre deposits. Its result is an elegant, fresh and very varietal wine, where aromas of saline, white and citrus fruits stand out against a very mineral background.