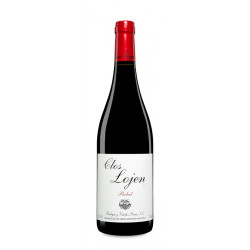 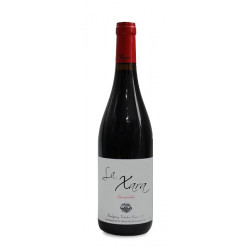 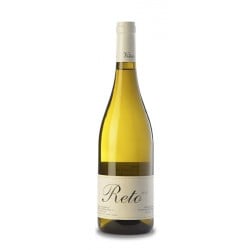 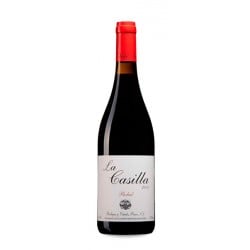 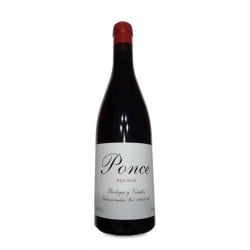 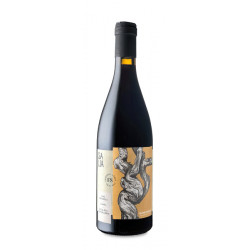 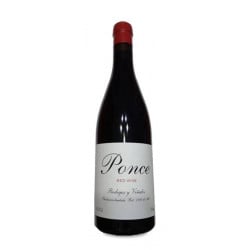 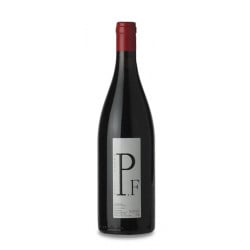 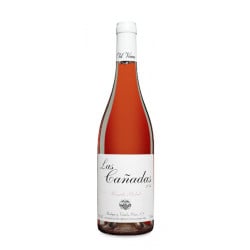 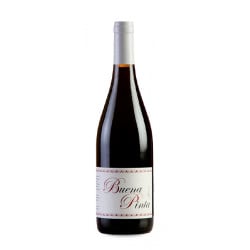 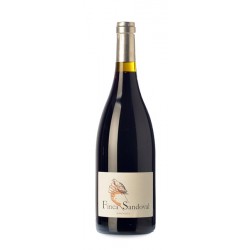 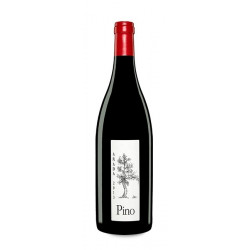 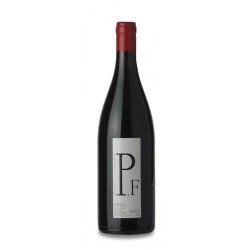 Dry, fresh and easy to drink 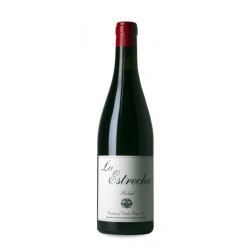 The Jucar Valley has always been an excellent communication route between Levantine lands and those of the Mesteta (Plateau). This geographical permeability has been the source of continuous crossover of mutual cultural, political and economic influences. This ancient region has several roots and has been home to different peoples throughout the centuries, as well as a privileged witness to battles, conquests and reconquests. All these happenings and experiences have forged a distinctive character and culture, where wine has often played a large part in the heritage of this region.

The history of wine in Manchuela more or less coincides with the viticultural history of La Mancha, since until 2000 the majority of the DO Manchuela came under the umbrella of the DO La Mancha. The region is now the seventh Manchego DO. In the early official division of DOs for wines from Spain in 1966, the area had already been differentiated from its neighbouring areas, but it has taken almost forty years to go from the drawing-up stage to the current reality. The DO Manchuela was actually originally part of a bigger DO, which included the DOs La Mancha, Almansa and Méntrida.

In 1982, each of these regions decided to establish their own regulatory council in order to defend their own interests. Then in 1997, a group of winegrowing entrepreneurs and wine merchants from the region, whose wines came under the Vinos de la Tierra geographic appellation, made important investments in technology and winemaking improvements. With support from the Manchuela Rural Development Board, they set out to create the Association for promoting DO Manchuela wines (Asociación Pro-Vinos Denominación de Origen Manchuela), to sort out the necessary administrative proceedings that would enable them to consolidate their own DO, aware that their wines deserved to be properly represented in the competitive market of quality wines.

The DO Manchuela is situated in the central eastern quadrant of Spain, between Madrid and Valencia, and covers a large area of 44 municipalities in the southeast of the Cuenca province and 26 in the province of Albacete, with its vineyards located between the valleys of the rivers Jucar and Cabriel. The DO Manchuela borders the DO La Mancha in the west, the DO Utiel-Requena and Almansa in the east, and the DO Jumilla in the south. The DO Manchuela is currently home to over 5,500 hectares of registered vineyards, of which 3,340 hectares are situated in Albacete, while the other 2,200 are situated in the Cuenca. The DO also accounts for 800 winemakers and 33 wineries, of which over half are cooperatives.

The DO Manchuela enjoys a continental, dry climate with strong contrasts in temperature throughout the year, even though it is influenced by moist easterly (Levant) winds. During the maturation periods of the grapes, the high temperatures during the day from the Poniente wind and the coolness and humidity of the Mediterranean breeze favour slow ripening and perfect formation of the polyphenols in the grapes, making this an ideal region for growing and cultivating red grape varieties. Also, the almost complete lack of rainfall between the months of May and September, as well as the enormous amount of sunshine received during the ripening process, make the risk of disease negligible and therefore, the quality is not affected by plant protection treatments.

The vineyards in the region are grown on limestone-based clay soils, and are situated at altitudes between 600 and 900 metres. Two large marshes north of the vineyards, the Alarcon and Contreras Reservoirs, allow abundant irrigation in the area.

The DO Manchuela is home to a wide range of grape varieties. Concerning white varieties, vineyards in the region grow Albillo, Chardonnay, Macabeo, Moscatel Grano Menudo, Pardillo, Sauvignon Blanc, Verdejo and Viognier; while the red varieties grown in the region include Bobal, Cencibel (Tempranillo), Cabernet Franc, Cabernet Sauvignon, Frasco (Tinto Velasco), Garnacha, Garnacha Tintorera, Graciano, Malbec, Mazuelo, Merlot, Monastrell, Moravia Dulce, Moravia Agria, Petit Verdot, Pinot Noir, Rojal and Syrah.
However, of all the varieties, the Bobal (known locally as Provechón), is the most widely cultivated and most often associated with the region. The same is true for white wines, the Albillo and Macabeo varieties tend to dominate.

Wines and wineries in the DO Manchuela

It cannot be denied that there is still a wide range of cooperatives in the DO. Manchuela, and a considerable number of ‘doble pasta’ wines (wine made with double the quantity of the grape skin and a small quantity of grape must, which gives the wine a lot of body and colour), as well as a number of small and medium sized wineries that are producing high quality wines, giving a new lease of life to Manchuela wines.

A good example is Finca Sandoval, situated in Ledaña (Cuenca). The winery was founded in 2000 by Victor de La Serna, a journalist specialising in wine, who wrote for national newspapers for years. His wine reviews were well-respected throughout the country.
At the end of the nineties, he decided to implement the knowledge he had learned over the years, and began to develop a personal project with 10 hectares of vineyards at his disposal. The vines were strains from a clonal selection of Syrah from a nursery associated with the prestigious Château de Beaucastel Chateauneuf-du-Pape (France), and a small wine cellar with 200 barrels.
The estate is also home to other grape varieties, such as Bobal (with vines over 70 years old) and Touriga Nacional, a noble variety from Portugal, which is used to make Finca Sandoval Cuvée TNS, the first Spanish red to be predominantly made with the Touriga variety, of which only 300 magnums are produced. The winery achieved one of its greatest successes with Finca Sandoval, a blend of Syrah (91%) and Monastrell (9%). This wine is aged for 11 months in new French oak barrels, and made following many of the guidelines followed in French Rhône, particularly concerning fermentation in small, open tanks and frequent pumping overs.
Another wine to highlight is Salia, an interesting blend of Syrah (60%) and Garnacha (40%), which is aged for 11 months in French oak barrels. The winery also produces two single variety wines under the Signo collection, with a Bobal (made from vines from 1939), and a Garnacha (from vines over 40 years old). Finally, their La Rosa stands out, a cuvée that is only produced during extraordinary vintages, and their Cuvée Cecilia, a naturally sweet wine made from Syrah and a touch of Moscatel de Alejandría.

Bodegas Iniesta is a true reflection of a family effort to carry out a project that holds the importance of land, tradition and dedication. The name, Iniesta, has become famous worldwide due to FC Barcelona player Andrés Iniesta, and in fact this winery is owned and led by his family. The winery owns 120 hectares, where they cultivate a range of grape varieties to produce their range of over half a dozen wines. Their most popular label is Corazón Loco, under which they produce a young white, rosé, red, a naturally sweet wine and a rosé de aguja. Among their high-quality crianzas, Corazón Loco Selección stands out, a red wine made from a blend of Syrah, Petit Verdot, Tempranillo and Cabernet Sauvignon, aged for 12 months in French oak barrels. They also produce Corazón Loco Premium, the first reserva produced by the family, and the Finca el Carril Hechicero, made with Tempranillo, Petit Verdot, Syrah and Cabernet Sauvignon, and 12 months in oak barrels (80% French, 20% American); in addition to Finca El Carril Paolo Andrea, made with the Bobal variety, and aged in French oak barrels for 12 months. As a latest development is the Minuto 116 Blanco collection, a white Macabeo from the Finca el Carril, and Minute 116 Tinto, made with Tempranillo and Petit Verdot from the Finca Los Mocoticos, aged briefly in French and American oak barrels.

Bodegas y Viñedos Ponce is a family winery with 22 hectares of vineyards, and bases the pillars of its work on the native Bobal grape variety to produce different wines, all vinified differently depending on the terroir from which they come. Recently, the winery increased its production with a vineyard of very old Bobal strains (over 60 years old), to improve the quality of their wines and prevent the disappearance of these old vineyards.
All of the plots are cultivated traditionally (on bush vines), following the principles of organic agriculture, avoiding the use of any systemic or chemical treatments. Their most spectacular wine is perhaps PF (Pie Franco), which comes from a small 0.5 hectare Bobal vineyard with over 60 year old vines, without rootstocks, hence the name of the wine. The vigour of its strains and soil texture highlights the amazing potential of this vineyard. The ripening of the grapes occurs more slowly than in the rest of the Bodegas Ponce plots, and the same happens with alcoholic fermentation, which can be extended for one month until the indigenous yeasts are able to metabolize the sugars completely. Malolactic fermentation takes place on its lees in French oak barrels of different capacities, and the wine is aged for 10 months. The winery also produces Reto, a white wine made with the native Albillo; Clos Lojén, made with Bobal from vines between 30 and 50 years old; Buena Pinta, made with the recovered Moravia Agria variety native to the region; La Casilla, made with the Bobal variety from vines between 35 and 70 years old, grown on chalky soils; and Pino, another Bobal varietal from a single, 35 year old, one hectare plot, which only produces 1800 bottles. 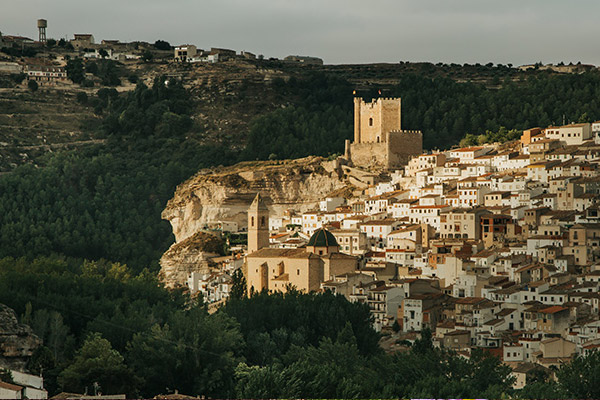 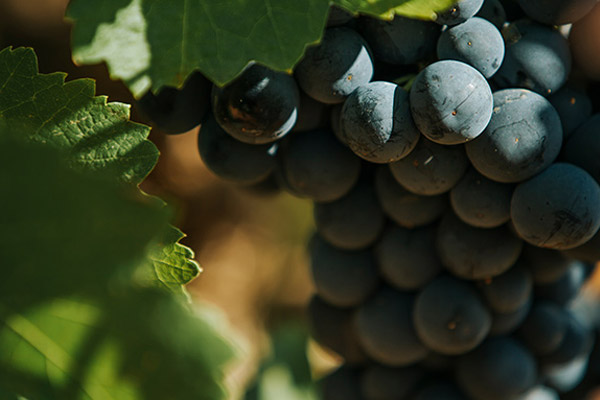 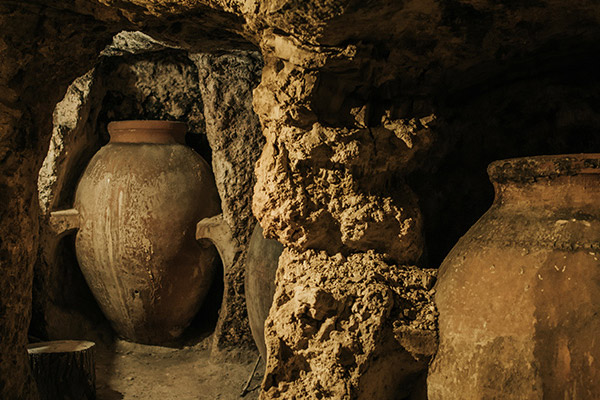 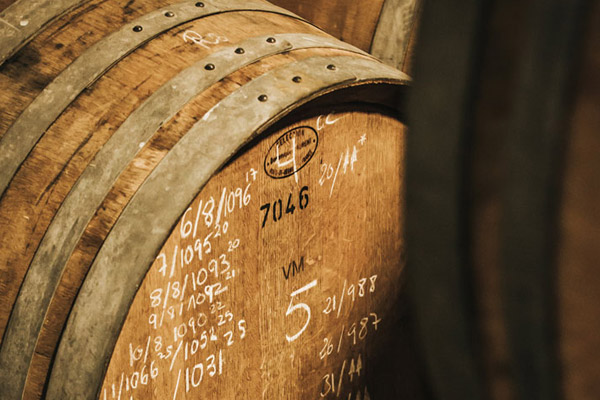 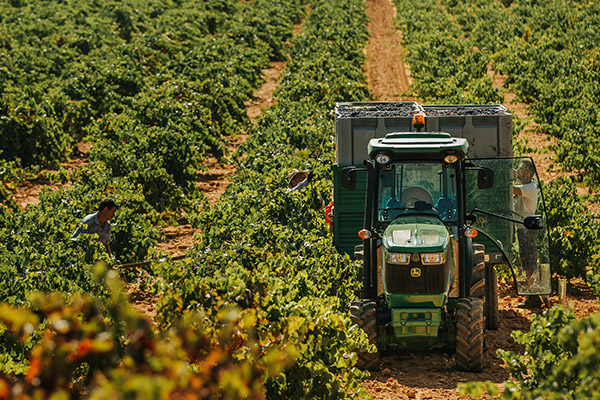 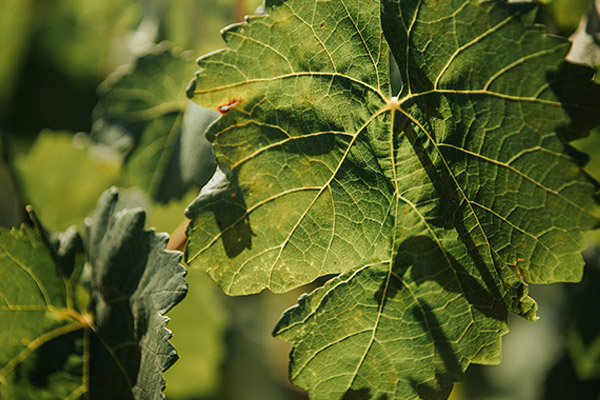