With an area of 726km2 and an impressive orography, La Palma is the island with the greatest heights in relation to its surface. The island is full of contrasts and luminosity, with high peaks and deep gorges, lush forests and volcanic zones full of colour, all of which have led to the nickname ‘la isla bonita’ (the beautiful island). La Palma is home to a vast range of grape varieties that, together with modern production techniques, have allowed the island to produce many pleasant surprises, not only with their classic white Malvasia wine and wines derived from the ancient "canary sack", but also their rosés and reds, which are also signs of excellent quality. 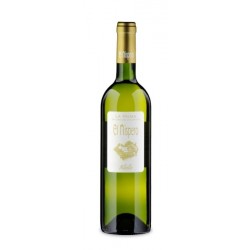 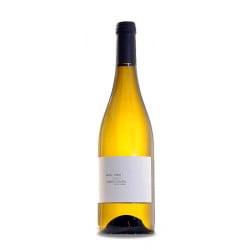 White Albillo from the volcanic heart of the Canary Islands 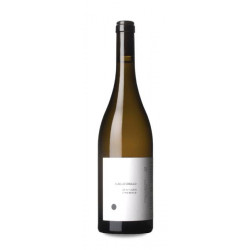 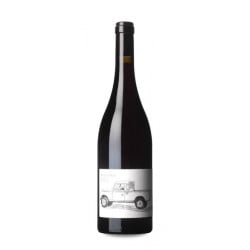 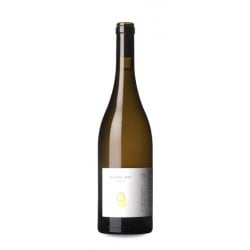 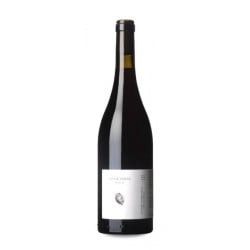 Personality and freshness with all the energy of the Canary Islands 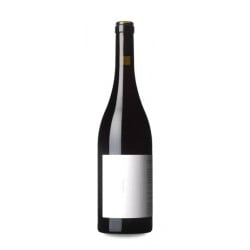 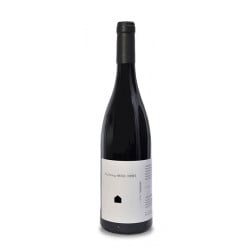 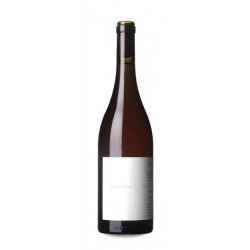 The island of La Palma forms part of the Canary Islands in the Atlantic Ocean, located in northern Africa, near the coast of southern Morocco and the Sahara, and forms one of the seventeen autonomous communities of Spain. The history of vineyards and wines in the Canary Islands dates back to the fifteenth century, when settlers planted the first vines with the aim of producing wine for local consumption rather than importing it from outside. These settlers, from diverse backgrounds, brought the best strains of their respective regions and countries and planted on the land granted to them.

It is said that the first vines were planted in La Palma in 1505, brought over by the conquerors. During the 16th century, wines from the Canary Islands built on prestige and quality, with wines being exported to Madeira from 1515, to Jerez from 1517, and to England in 1519. This rise in popularity and reputation was mainly down to the high quality of the region’s sweet Malvasia wine, known as “Canary” or “Canarias”, but also down to the ease of export given its strategic position for the transit of ships between the continents of Europe, America and Africa, and also due to the fact that the vine was a good substitute for sugar cane, whose market was being taken over by America.

History tells us that wines from the region have had many admirers over the years: Shakespeare, Walter Scott, Góngora, Alexis Kuprin, Goldoni, Maine Reid, Spillman, King Carlos III … where the seductive Malvasia wines abounded in palaces and other major European courts. This fame, as well as the privileged geographical location of the island, a necessary stop on the main commercial routes in that era, resulted in a flourishing trade in wine which soon became the island’s main source of wealth. In 1848, Canary wine saw a major decline, with the attack of powdery and downy mildew, which was a serious setback for vine cultivation. And with the start of the banana crop in coastal areas of the island, by the mid-fifties of last century, many of the vineyards were left abandoned.

However, in 1994, the official creation of the D.O La Palma signalled a major transformation of the sector in the region. Abandoned vineyards were recovered, planting new vines and producing wines that are building a reputation at home and abroad, and sold at reasonable prices.
Up until now, the transformation has been difficult, with the suitability of varieties and wines looking to never reach the island, perhaps since production was just too far from the innovations that were being achieved on the peninsula. But a few years ago, the positive spread of Spanish wineries arrived on the island, and even amid adverse weather conditions, modern oenology is now a reality in La Palma.

However, it should be noted that perhaps because of this estrangement with the mainland, the Canary Islands were unaffected by the phylloxera plague, so it became a veritable vine museum, with over 33 grape varieties, some of which are missing today, but it still holds one of the largest and most varied ampelographic wealths in the world. One of the peculiarities of the Canary vineyards is that the vines are planted directly in vine stocks on their own roots, which give large physiological and oenological advantages which represent the production of wine with all the purity of winegrowing without the influence of rootstock. Furthermore, if we consider that all of them were introduced from Europe in the fifteenth to eighteenth centuries before phylloxera swept through the vineyards, it means that here they have been preserved with a high degree of purity.

Viticulture in La Palma extends substantially across the island, to the point that numerous growers cultivate vineyards as a supplementary activity, and the production of their wine is an element of pride and economic incentive. Currently, the island is home to 1,100 registered winegrowers and 20 wineries, with over 600 hectares of vines being grown and cultivated at altitudes ranging between 200 and 1,200 metres, in a strip surrounding the island almost continuously. Production on the island is divided into three main sub-regions: Norte de La Palma, Hoyo de Mazo-Las Breñas and Fuencaliente-Las Manchas.

In the northern zone, also known as the ‘vinos de tea’ zone, the grapes grow on trellises, as well as goblet trained vines in the far north. The name ‘vino de tea’ comes from the peculiar flavour of resin, since the wines are stored in barrels made from the heartwood (tea) of the Canary Pine. The most interesting are the well-made rosés, with a clear ‘ateado’ (tea) taste, which are an oenological curiosity that simply must be discovered. The most prominent grape varieties in this subzone are Negramoll, Listán Blanca, Albillo, Almuñeco and Verdello.

The Fuencaliente zone is located in the south of the island. It is the one with the most remarkable vineyard and also the most well-known thanks to the historic prestige of its malvasías. The vines climb the steep, volcanic slopes, and are settled as creepers over land covered by volcanic cinder (picón) that can reach a depth of over two metres in places. Walls made of volcanic stone are used as windbreaks in the windiest areas. Grape varieties grown in the reigon include Malvasia Candia, Listán Blanca, Bujariego, Gual, Verdello, Bastardo Blanca, Sabro and Negramoll. The area is perhaps best known for its naturally sweet malvasía wines, amber colour, aroma and filled intoxicating bitter flavors and acids at once.

The region of Las Manchas is located southwest of the island and includes the municipalities of El Paso and Los Llanos. The vineyard is grown on rocky terrain on steep slopes. The most abundant strains are Listán Blanca, Negramoll and Bujariego.

The region Hoyo de Mazo and Breñas is located in the east of the island. The vines are trained in a creeper-like way, on sloping lands cushioned either with volcanic rocks (‘empedrados’ or cobbled) or with ‘picón granado’ or cinder. The main varieties in this area are the Negramoll and Listán Blanca, complemented by small plantations of foreign varieties.


Wines and Wineries of DO La Palma.

There are various types of wines from DO Palma, such as dry whites, which are often aromatic and light, with fresh aromas of flowers and fruits. The vast majority of white wines are young, which reinforces the personality of the grape varieties used, where Listán Blanco, Bujariego and Albillo are the three most well-known. Rosés and reds are also produced in the region, again the majority are relatively young wines, with the majority produced using the Negramoll variety, although sometimes small amounts of other varieties are added, such as Listán Prieto, Almuñeco, etc.
A typical wine from the northern subzone is the Vinos de Tea, which can be a white, rosé or red wine. These wines acquire their qualities from ageing in the heartwood of ‘Pinus Canariensis’ (tea or canary pine). In addition, the north can further be distinguished into two zones, the Northwest and the Northeast. Both differ in terms of viticultural techniques, grape varieties used, artisan production techniques, etc. The more traditional vinos de tea come from the Northwest of the region, a steep slope cut by numerous deep ravines, where the vineyards are at altitudes between 800-1500 metres. Vinos de tea are often developed with a mixture of varieties, with white varieties such as Listán Blanco and Albillo, which usually mature early and provide the necessary amount of sugar for the mixture. The red variety, later, the Negramoll, supports acidity and colour, while El Prieto and Muñeco (or Almuñeco), mature earlier than the Negramoll and provide more colour to the vinos de tea.

Another characteristic wine of the region is the so called ‘naturally sweet’ wine, made with the Malvasía grape variety, which is usually grown in the areas of Fuencaliente and Villa de Mazo. To produce these wines, the grapes are allowed to ripen on the plant until they start shrivelling to raisins, reinforcing the presence of sugar and the alcohol content. They are amber, noble and extremely aromatic wines. El Sabro is another important variety in the production of sweet white wines. The region has even started producing natural sweet red wines, made with the Negramoll variety.

The DO Palma is home to large, medium and small sized wineries, as well as around half a dozen cooperatives. One cooperative worth mentioning is the SAT Bodegas Noroeste de La Palma, founded in 1998 with only 50 members, which has since increased to 250. The wines are produced under the Vega Norte brand, with their white wines produced with Listán Blanco and Albillo grapes, their reds with Negramoll, Almuñeco and Listán Prieto, and their rosés with Negramoll. Among the wines produced by the cooperative includes the white wine Vega Norte Albillo Criollo, a single variety Albillo, which is fermented in soft toasted French oak barrels for 7 months on its lees with a daily battonage.

Bodegas Juan Matias y Torres is a small scale family winery and one of the oldest on the island, dating back to 1885. The winery is located in the subzone of Fuencaliente. The winery produces 3,000 bottles of their Matías y Torres blanco, made with the Listán grape, as well as 7,000 bottles of their red made with Negramoll, as well as a rosé. However, their star product is the Colección Minúscula de Albillo, with only 500 bottles produced per vintage, with each label hand painted as an original work, as well as their naturally sweet wine Malvasía Vid Sur, with a limited production of 800 bottles.

Bodegas Teneguía, with over sixty years of history, is one of the most awarded wineries in the Canaries. The winery is located in Fuencaliente, with cultivation carried out using practises passed down the generations: treating the grapes by foot, traditional pruning, and centuries-old vines made of varieties that have only been preserved in this town, as well as old Malvasia vines that can only be found in Llanos Negros, a natural plot located on the slopes of the San Antonio volcano. The winery produces all kinds of wines, from single variety or blended whites, reds and rosés and aromatic Malvasias, under the labels Teneguía, Caletas, La Gota and Zeus. 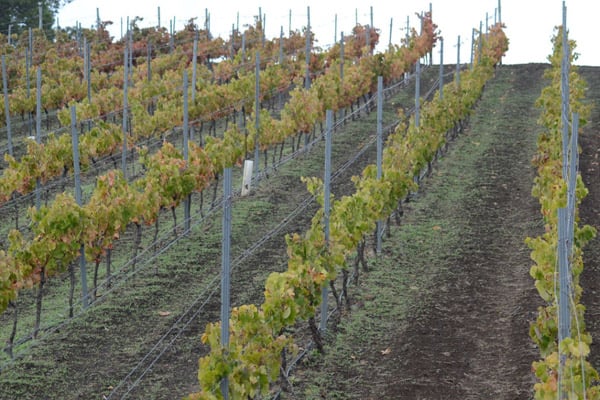 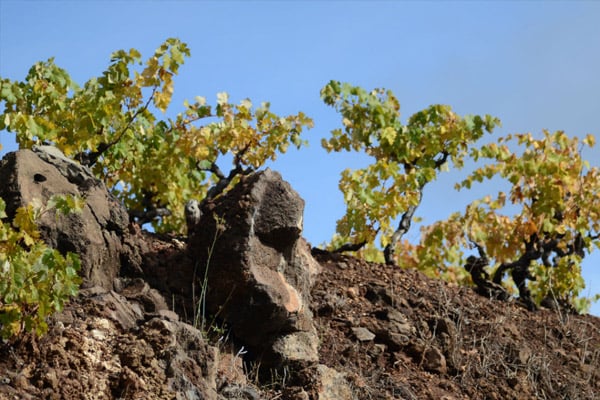 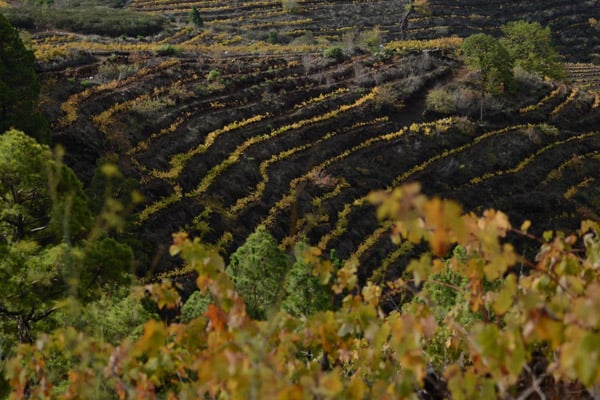 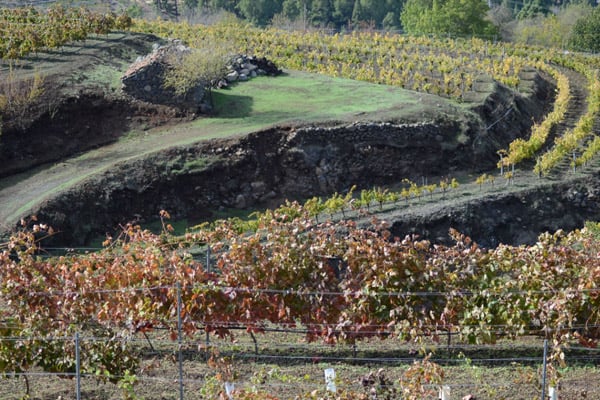 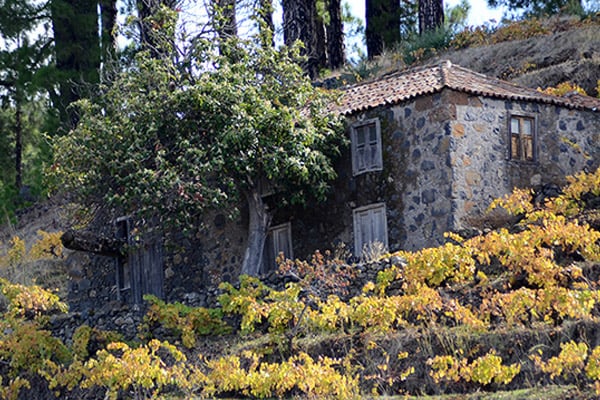 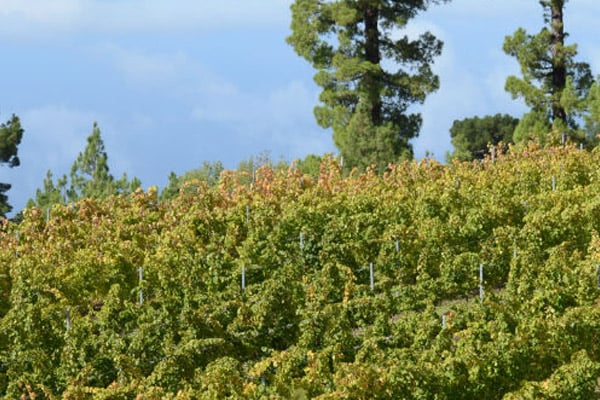