Discover the best wines produced from the D.O. Arabako-Txakolina designation

Álava, the region located in the south of the Basque Country, is known above all for its red wines produced in the vineyards within the DOCa Rioja. Truthfully, for centuries, nobody considered txakolí wine seriously, and very few mourned its disappearance. Compared to powerful wines with a higher alcohol content, txakolí was considered a ‘little’ local wine (‘vinillo’) of little interest. For a long time, a wine’s alcohol content was its only introduction. There were periods where still very poor production methods had not allowed the varieties to speak for themselves, and what’s more, txakolí forms part of a family economy at the same home-grown level as meat, milk and fish. In addition, the txacolí industry has not been advanced or prepared enough to rigorously produce this small oenological joy until the last few decades.

You are viewing 3 products

A Txacolí made by experts 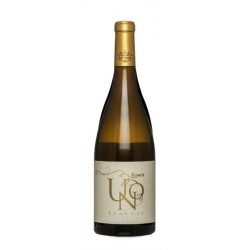 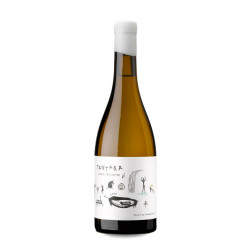 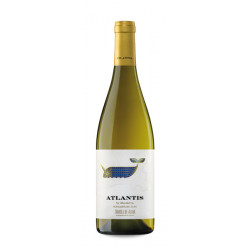 Early written records show that in the nineteenth century, txakoli production in Álava was already a common and widespread practice for farmers in the Valle de Ayala, particularly in Amurrio, Llodio and Ayala. A reference to vineyards from 864 AD in Retes de Tudela (Artziniega) during the reign of the Asturian King, Ordoño I, appears in a cartulary (archive) from Valpuesta; there are also written references from 964 AD to the cultivation of vineyards for wine production in the Tierra de Ayala in a cartulary from San Millán de la Cogolla, as well as a record of a donation of vines to the Saint Víctor monastery in the district of Gardea en Llodio. In the thirteenth, fourteenth and fifteenth centuries, txakoli plantations extended across the entire region of Ayala under fiercely protective bylaws that prohibited the entry of foreign wines until all of the local wine had been consumed.

In the Arespalditza archives, the first mention of the word ‘chacolín’ can be found in the Basque Country’s municipal archives from November 1623. However, the importance of the txakoli vineyard in Ayala altered dramatically at the beginning of the twentieth century when a significant regression provoked the vine’s almost complete disappearance. In 1877, there were more than 550 hectares, but successive plagues of oidium (powdery mildew), phylloxera (in 1919) and mildew devastated the plantations. This can also be attributed to other factors, such as industrialisation, the ranching industry and changes in consumer preferences, which made vine cultivation and txakolí production almost disappear in Ayala, if it weren’t for the efforts of the founders of the Asociación Alavesa de Productores Artesanos de Txakolí – Arabako Txakolina Elkartea (Association of Artisanal Txakolí Producers of Álava - Arabako Txakolina Elkartea).

In the first quarter of the twentieth century, the area of vineyard plantations had already reduced to 93 hectares, and at the time of the foundation of the Association in 1988, there weren’t even 5 hectares. In addition, plantation was scattered and in most cases, they did not have the best grape varieties for txakolí production.

On the other hand, there was no general criteria for the process of production; each producer had their own resources and methods, which gave a heterogeneity to an unfairly represented final product, from a technical point of view. The Asociación Alavesa de Productores Artesanos de Txakolí – Arabako Txakolina Elkartea was created with six txakolí producers who had stayed in the area in order to restore production of this wine in the Ayala region. It welcomed the regulations of the ‘Vinos de la Tierra’, pending the creation of the definitive Denomination of Origin, which was finally approved by the Basque Government in May 2001, and by the Central Government’s Ministry of Agriculture in August 2002. The DO Arabako Txakolina is located in the centre-north of Spain, in the Alaya region, which is composed of five towns: Aiara, Artziniega, Amurrio, Laudio and Okondo. There are currently 100 hectares of vineyards and 7 wineries producing txakolí.

According to Dr. Juan Uruñuela, the meaning of ‘Txakolí’, as we know it today, is ‘village wine’ or ‘wine made in the village’, which is derived from the Basque ‘etxakoa’ (made at home) and its evolution to ‘etxakon’, which led to the word ‘txakon’, and eventually ‘txakolin’ or ‘chacolin’.

The vineyards receive climatic influence from the Atlantic Ocean with an average annual rainfall of 899l and average temperatures between 7.5⁰C and 18.7⁰C, with risks of spring frosts on the slopes of the Sierra Salvada.

The main varieties of permitted and cultivated grapes for the production of txacolí in the DO Arabako-Txacolina are the white Hondarribi Zuri and the red Hondarribi Beltza, which represent 70% of the total vines, as well as the white varieties Petit Manseng, Petit Corbu and Gross Mansen. In this area, almost all the vines are planted on trellises (en espalderas) and the wine-producers receive good advice to help them fight diseases, employ better treatments against parasites, use the best layout of the vineyard, and the most effective pruning system for each variety.

Arabako Txacolina was created in 1989 due to the need to bottle the txakolí that was beginning to be recovered in the Ayala Valley. The Arabako Txacolina winery has had the ISO Quality Certificate 9001 since 2003. It is located in a town with a superb wine-producing tradition, Amurrio, where the writer Benito Pérez Galdós referred to Amurrio’s txakolí in his novel Vergara from his Episodios Nacionales series in 1899. The best wine from this winery is Txakoli Xarmant, although it also recommends two other brands: Txacolí Maskuribai and Txakolí Eguzarri.

Beldio Txakolina is located in Beldio Baserria – Gardea – Llodio. The earliest written records show that by the year 964, txakolí production in Llodio was a common and widespread practice for the valley’s farmers. Since 964, which is the first evidence of txakolí in this valley, it is said that the San Victor and Santiago de Gardea monastery donated some vineyards, more than a thousand years ago and in the same place that the Beldio winery has started to sell its first txakoli vintages, in a small eighteenth century village, also with a friendly restaurant. The winery owns 7 hectares of vineyards and was one of the first to restore the lost winemaking tradition in this region.

Casa El Txakoli is a small winery run by Txomin Solaun. It is dedicated to cider and txakoli production, with half a hectare of vineyards that produce the perfect grape for the production of their best wine, el Mahatxuri. It is quite a colourful txakoli, golden yellow, with fresh aromas, ripe apple, and light aniseed notes, quite a large full-bodied palate in the mouth and pronounced acidity. The distinctive feature of this winery is that it is also a warm and friendly rural holiday home in one of the most peaceful communities in Amurrio. It can be found under Santa Cruz Mountain, in a perfectly connected and beautiful setting, in which one can go on unique and attractive excursions. 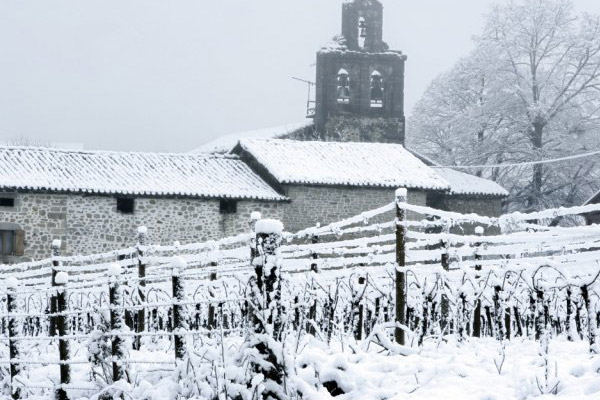 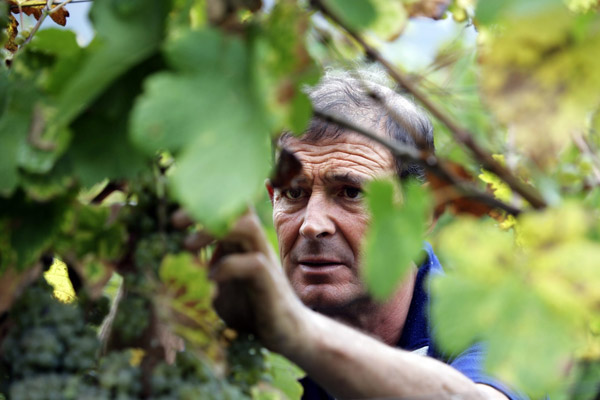 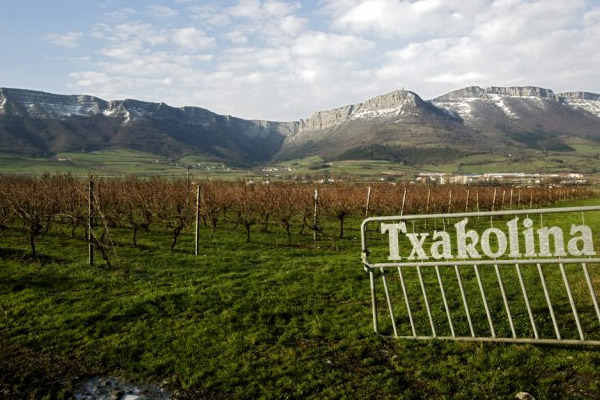 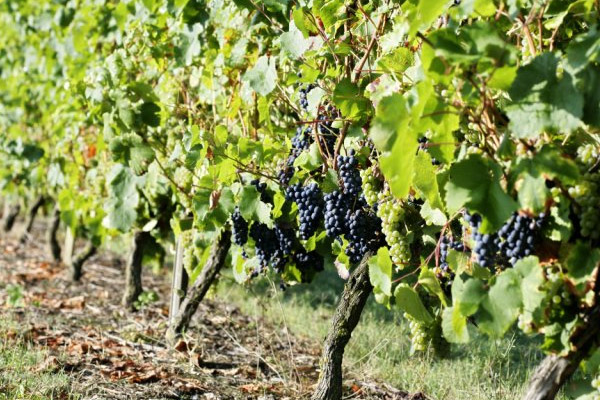 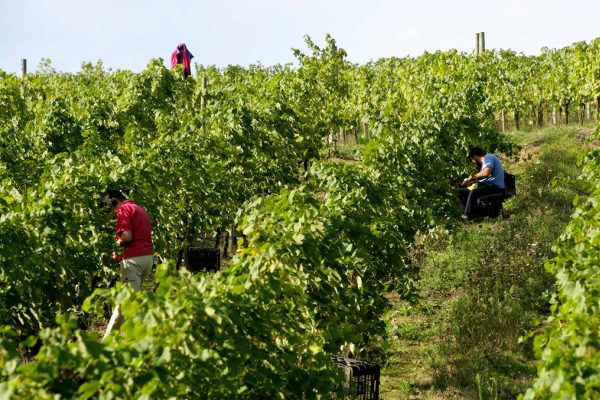 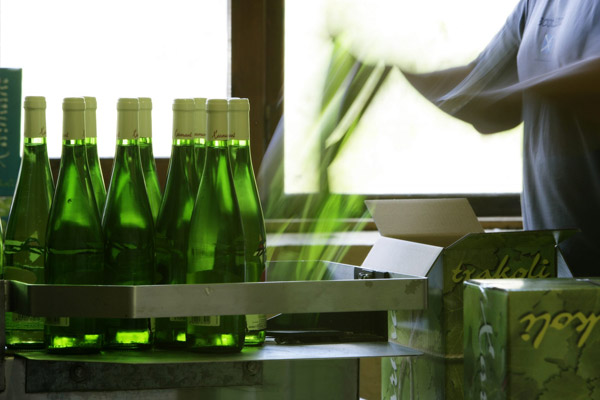