In the 1980s he was a pioneer. Back when no one knew about the wines made in (V.T.) Castilla y León and at a time when even winemakers weren’t talking about it, José Manuel Vizcarra knew there was something about his land. He was not self-conscious and unlike his neighbours, who uprooted their vines, he planted more in Mambrilla de Castrejón, a village in Burgos (27 km from Aranda del Duero). And with that, Bodegas Vizcarra was born.

But the history of these wineries isn’t anything to write home about. No huge warehouses, no big spaces, no large distribution networks. Plain and simple, the purest and most authentic local tradition: carbonic macerations, a small cellar no bigger than a garage and a Citroën C15 to distribute the wine. This authenticity was quickly recognised by the best experts, making Bodegas Vizcarra one of the great flagships of this area. Vizcarra Garnacha is one of its most outstanding wines.

Vizcarra Garnacha is a red wine that comes directly from the massal selection of the Celia vineyard, a 10 year old vineyard named after the granddaughter of the founder and daughter of Juan Carlos Vizcarra (winemaker and second generation to lead the winery). The grapes are harvested manually and placed in 15 kg boxes.

In the winery, Vizcarra Garnacha undergoes a double selection process and, after destemming, it is macerated. This is followed by alcoholic and malolactic fermentation (in barrels), then the wine is aged for 14 months in French and American oak barrels. However, the main unique feature of Vizcarra is that all transfers and operations are carried out by gravity.

These principles have allowed Bodegas Vizcarra to produce high quality wines. Now, under the leadership of Juan Carlos Vizcarra (José Manuel's son) the winery has grown to become one of the most renowned in the area. That said: despite the opening of a new winery in 2007, and its expansion in 2015, Vizcarra continues to hold onto its traditional processes, improving methods and researching new micro-vinifications. Vizcarra Garnacha is the best wine to get to know the true soul of this land.

Real reviews from customers who have purchased this product
24916

Vizcarra Garnacha 2018 is a single-variety Garnacha. This is an elegant, round and fruity wine. On the nose, there is black fruit like blackberry, mineral touches and very subtle wood. On the palate it is balanced and powerful with a silky and elegant tannicity. Long and fresh finish.

The Vizcarra winery could well be cited as an example of what has been and, to a large extent, still is, Ribera de Duero. A family of winemakers, firmly attached to their roots, who created their own winery looking for a professional future for their children and the best use for their grapes. Using old vineyards and with careful handling in the winery, they produce wines with a great concentration of aromas and great elegance. Wines rooted in Ribera de Duero. 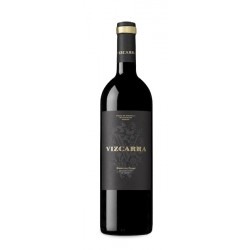 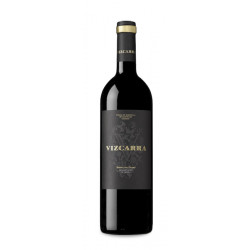 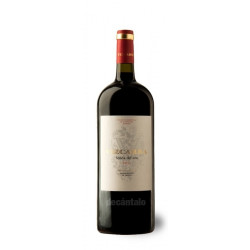