The perfect accompaniment to seafood

Mytilus is a white wine from the D.O Rías Baixes produced by Adega Pombal. This is a single variety wine, made exclusively with the Albariño grape variety, the most cultivated variety of the region.

Wines from the Rías Baixes are Atlantic wines, as is the climate of the region. The different winds that sweep through the region are a fundamental element in understanding the type of maturation of the grapes. In winter, the storms are Atlantic, featuring warm fronts, with heavy rainfall and moderate temperatures, averaging at around 10ºC, with little accentuated thermal contrasts. Spring is usually rather early and very wet, while summers are very dry due to the anticyclone of the Azores.

After the harvest has been carried out and the grapes have been taken to the winery, they ferment in stainless steel tanks at controlled temperatures. The various phases of the winemaking process follow conventional forms, drawing on the success and experience of the region. Mytilus rests for 10 months with its fine lees before being bottled and place on the market.

Ageda Pombal is a small winery which specialises in the development and production with the Albariño variety. Ageda is in fact the Galician for winery. Among its products include Arcán Albariño and As Bateas.

Real reviews from customers who have purchased this product
21212 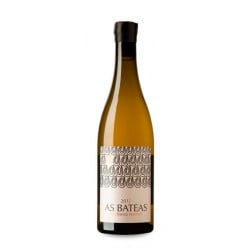 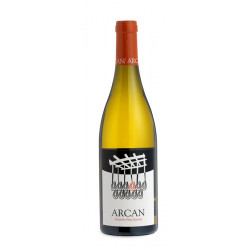