A dry white wine where Pedro Ximénez demonstrates its versatility

The origin of Pedro Ximénez is uncertain. While some place its origin in the Canary Islands or Madeira, others don’t hesitate to tell the legend of Peter Siemens, the German soldier. Apparently, according to history, this widely-cultivated variety in Andalusia arrived in the south of the Iberian Peninsula thanks to this soldier from the Flanders Thirds who fought in Germany in the service of Charles V. In one way or another, and always with the Andalusian ingenuity in the background (which ends up with Pedro Siemens developing into Pedro Ximénez), this variety reigns in Andalusia, specifically in the D.O. Montilla-Moriles, in the south of the province of Cordoba, in the north-central part of Andalusia.

Although Pedro Ximénez is best known for its sweet wines, this variety shows great dry vinification. And if there’s one place where it can do so, it’s the D.O. Montilla-Moriles, where up to 38 million kilos of this variety are harvested. The result is wines which break new ground and demonstrate their versatility, such as Marqués de la Sierra.

Marqués de la Sierra is a dry white wine made by Alvear, one of the oldest wineries in the area. Specifically, the grapes for Marqués de la Sierra come from Casilla del Hospital, a 33-hectare vineyard located in the Superior Quality area in the Sierra de Montilla. With different orientations, the vines here grow on loamy and limestone soils from the Cretaceous (similar to the soils where the best French wines come from). As for the semi-continental Mediterranean climate, it’s characterized by very hot, long and dry summers (with temperatures up to 46ºC), short winters and irregular rainfall. At Bodegas Alvear, each plot is worked individually, always ensuring minimal intervention on the vineyard with small doses of sulphur and copper, as well as natural plants (sage, wormwood, cinnamon...). The use of herbicide has been completely eliminated.

This minimal intervention by Marqués de la Sierra is maintained in the winery, where very low doses of sulphur dioxide are applied when the grapes enter the winery. As for the rest of the operations, they’ll always be focused on maintaining and enhancing the varietal aromas of the grape. For this reason, they always try to ensure that the grapes don’t break down and that Marqués de la Sierra ferments at low temperatures. The final touch will come from the lees, which the wine will remain in contact with for 8 months. This aging on these dead yeasts will give Marqués de la Sierra structure and volume on the palate.

Real reviews from customers who have purchased this product
25458

Founded in 1729 by Mr. Diego de Alvear y Escalera, Alvear is the oldest winery in Andalusia and the second oldest one in Spain. Eight generations later, this family business still has the same essence: crisp colour, fragrance appeal, softness when in contact with the palate. Perfection as a whole. All these things together, gifted with a distinct personality and mixed with determination and subtlety, make up the treasure and joy of the Alvear wines, with 40% of their production marketed in more than 25 different countries, among which we can find Great Britain, Holland, Japan, Canada and Australia.

The magic of the veil of flor in Sierra de Montilla 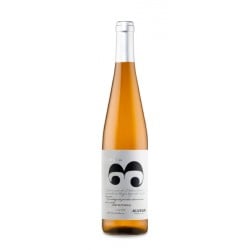