Borja Pérez is the representative of this family winery, and is the person who has helped transform the winery, beginning to produce wines that closer reflect the character of the terroir they come from. The winery now works with native varieties, seeking to preserve the character of the grape throughout the vinification process.

The grapes used to make Ignios Vijariego Negro come from a small vineyard planted by Borja ten years ago in the municipality in Ycod. The vineyard is situated at an altitude of around 750 metres on volcanic soils and is cultivated and worked organically.

The vinification process begins with prefermative fermentation in cold for 72 hours. Alcoholic fermentation is carried out for 20 days using native yeasts in stainless steel tanks. The wine is then decanted into barrels, where it undergoes malolactic fermentation followed by 11months of ageing.

A balance between fruit, acidity and minerality 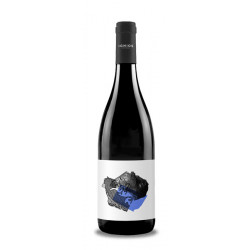