White wine Young. 7 months on lees in the barrel.

Avancia Cuvee de O is a white wine from D.O Valdeorras produced by the winery Avancia, belonging to Grupo Jorge Ordóñez. This is a monovarietal of Godello.

The grapes grow at an altitude of 500 meters above sea level, near the town of El Barco de Valedorras. The vineyards which make Avancia Cuvee de O are old.

The harvest is performed by hand and the grape are transported to the winery by hand in small baskets.

On arrival to the winery, the grapes are selected to use in the wine.

Before being bottled, Avancia Cuvee de O rests for 7 months with its lees.

Avancia Cuvee de O is the work of the oenologist Alistair Gardner from New Zealand.

Avancia is a winery that belongs to the Grupo Jorge Oróñez. This is one of the most famous Spanish groups in the world, producing some of the most prestigious and best awarded wines on the international scene.

Real reviews from customers who have purchased this product
765

Avancia is a project of Grupo Jorge Ordóñez in Galicia, specifically within D.O. Valdeorras. The distinguishing mark of Bodegas Avancia is the artisan production from local varieties of the area, the Godello and the Mencía, from very old vineyards, with lower yields, but able to provide more quality and uniqueness to their wines in every way. These wines are instilled with the spirit and the terroir of the area and, at the same time, they are very in line with modern tastes. 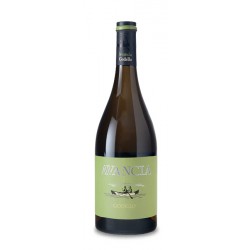