Wines influenced by the North and the Atlantic

The DO Tierra de León is one of the latest DOs to be officially established in Spain. The native Prieto Picudo grape variety is what helps set this region apart from anywhere else. Aside from the classic wines made using the ancient ‘madreo’ technique, with their semi sparkling rosé wines of the region, this native variety also produces good quality young and aged red wines; they are very aromatic, with a wide persistence in the mouth, as well as a natural acidity that provides the wine with a strong freshness. The wines produced here are a reflection of the land on which they are grown and the climate, with a sense of authenticity and a uniqueness of the region.

You are viewing 2 products 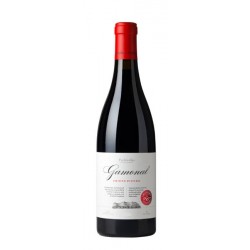 A Prieto Picudo by the famous winemaker Raúl Pérez 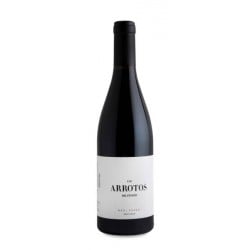 During Roman times, the southern zone of León (the current production area of the D.O Tierra de León) became a transit area for travellers passing through the two great routes: La Ruta de Plata (Silver Route) and El Camino de Santiago (Way of St. James), the latter of which became the wine supplier to practically all of the northern Iberian Peninsula.

Around the 10th century, the main economic activities of the region were cereal production and milling. Fortunately there were many monasteries in the area, who were responsible for the revival of viticulture in the area, through the acquisition of land which they dedicated to the cultivation of vines.

From the middle ages, production increased steadily over the centuries until 1887 when the phylloxera virus destroyed most of the vineyards of the area. Production did not pick up again until the 1920s, when a group of cooperatives and wineries in the zone of Valdevimbre - Los Oteros - Cea, took their first steps on what would become a professional association of wine growers, makers and bottlers, whose main objective was to obtain DO status for the region’s wine.

But it wasn’t until April 1997 when statutes by the Department of Labour of the Government of Castilla y León allowed the use of the “Vino de la Tierra” classification for vintners, winemakers and bottlers, under the “Vino de la Tierra Valdevimbre – Los Oteros”. However, given the vast geographical area of the region, which includes the influence of two rivers, Esla and Cea, many did not identify with the name “Valdevimbre - Los Oteros”. This led to the “Vino de la Tierra de Castilla y León” classification in 2000. Like a DO, this would enable wineries in the region to have a certification of quality with a geographic indication. Seven years later in 2007, the DO Tierra de León was officially established and recognised.

The DO Tierra de León is situated in the northeast of Spain, in the south-east corner of the Province of León, integrating part of the province of Valladolid and bordered by the provinces of Zamora and Palencia. The DO is currently home to 1,300 hectares of vineyards that are worked by 380 registered winemakers and 38 wineries. One of the defining characteristics of the region is the existence of wineries in rocky caves, either in excavated spaces in small hillocks or headlands of the clay soils. Taking advantage of the slopes and forming spaces, a micro-climate is created inside these caves which is ideal for the production and development of the renowned ‘vino de aguja’. The ‘madreo’ technique is a system where whole grapes are added to the wine during fermentation to produce a carbonic maceration with partial release of carbon. Some wineries in the region continue to produce their rosés using this method.

We would expect the influence of the Atlantic and the north to soften temperatures and cause abundant rainfall, but the high altitude of the plateau where the DO Tierra is situated, as well as its border with the mountainous terrain of the Cantabrian mountain range, modify the characteristics of the local climate. This results in a strong continental influence, with a rigorous and lengthy winter period with persistent fogs and frosts, although temperatures never drop below -15ºC, the coldest limit for the cultivation of vines.
The spring period is rather irregular, alternating between mild temperatures and the dreaded spring frosts, although this is not a limiting factor in the cultivation of the vines. The summer period is also irregular, alternating between torrid and arid periods, and others that are cooler and milder, with the average temperature during the hottest months situated at around 20ºC (necessary for the flowering period of the vine).
On the other hand, autumn is generally mild and rainy, which is ideal for the final stage of ripening. It is also worth noting the extreme temperature differences between day and night, ideal for the accumulation of the grape polyphenols and enhancing the aromas.
Average annual rainfall is around 500mm, spread over the summer and autumn periods, which means that the vineyards do not require watering, only during certain years. The region also experiences high insolation, with an average of 2700 hours of sunshine annually, which favours uniform ripening of the grapes.

The vineyards in the region grow in the Leonese plains (Meseta Leonesa), all located under 900m. The region is home to alluvial soils planted on terraces, on stony brown deposits, as well as limestone soils on soft materials. These soils have excellent conditions of internal drainage, with acceptable water retention capacity, ease of aeration and root penetration, low mineral salt content, depth, appropriate content of limestone and are poor in organic matter.

In regards to grape varieties, the Regulatory Council of the DO Tierra de León authorises the cultivation of the white varieties Albarín (which covers 5% of the vineyards in the region), Verdejo (15%), Godello (5%), Palomino (2%), Malvasía (1%), as well as the red varieties Prieto Picudo (occupying 60% of the vineyards in the DO), followed by Mencía (17%), Tempranillo (12%), and Garnacha Tinta (2%).

Wines and Wineries of the DO Tierra de León.

There is a wide range of red, white and rosé wines produced under the DO Tierra de León. However, it remains clear that the region is still dominated by the Prieto Picudo variety, a rough and rustic grape. Wines produced with this variety require time and oxygenation, and it remains one of the main challenges for many winemakers in the area.
Nevertheless, the unique character of this grape offers the appeal that identifies and distinguishes wines from the region. The grape manages to maintain its primary aromas while also balancing the softness with work in the wood; each winery is immersed in this effort, offering a different style and experience. In general, these are wines with distinctive characteristics, because the Prieto Picudo variety gains a certain pleasantness by not being overworked in the barrel, and does not lose its freshness or fruitiness.

Wines produced in the region include El Músico, produced by Leyenda del Páramo, aged for 12 months; Pricum, by the Margón winery, aged for 14 months in the barrel, work of the renowned oenologist Raúl Pérez, technical director at the winery; 3 Palomares Crianza, produced by the Bodegas los Palomares, aged for 12 months in American oak barrels, as well as Don Suero Crianza from the Bodegas Vinos de León, where century-old vineyards are mixed with 13 year old strains; Gamonal, aged for 8 months in French and American oak barrels; and the single estate wine Carroleón, which is aged for 15 months in new barrels.

Then there is the white Albarín variety, another native variety that was only recently rediscovered in Valencia de Don Juan. Already there are some wineries producing wines with this variety. It is worth noting that of the 80 hectares of Albarín vineyards grown in Spain, 45 hectares grow under the DO Tierra de León. Although its name leads people to believe it is related to the Albariño grape, they have nothing to do with each other. The Albarín variety is floral and citrusy, and has a good resistance to diseases. Pardevalles is one of the wineries that has opted to use white Albarín grapes, and is home to 10 hectares of Albarín vineyards, where they produce a fresh, exotic wine that is not sweet and has a good acidity. There is also Gordonzello, a prominent company within the area, with 205 hectares of vineyards and an annual production of 900,000 bottles. The winery produces 11 types of wine, including their signature white wine Peregrino Albarín, a tropical, fruity wine that comes alive in the mouth. They also produce Tampesta, which is fermented on its lees and remains in barrels for three months. It is complex, with notes of white fruits, chamomile and a balanced acidity. And finally Pricum Albarín Barrica, produced by Raúl Pérez with only 2500 bottles produced per vintage. This wine is fermented in French oak barrels with its lees, it is rich and pleasant, and does not lose any freshness. Ultimately, it is the raw materials and the character of the terroir which defines each producer. 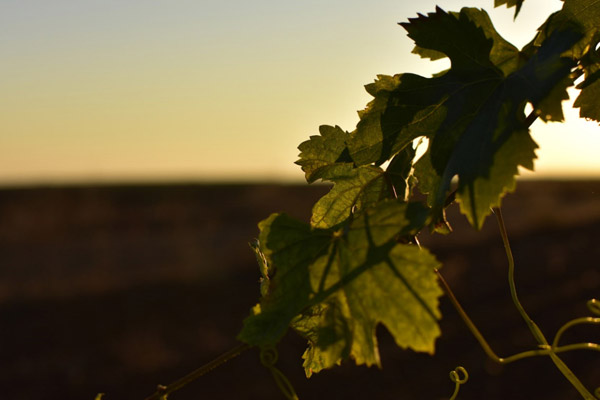 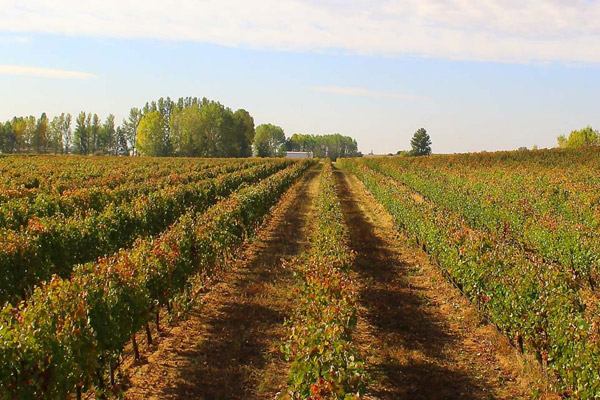 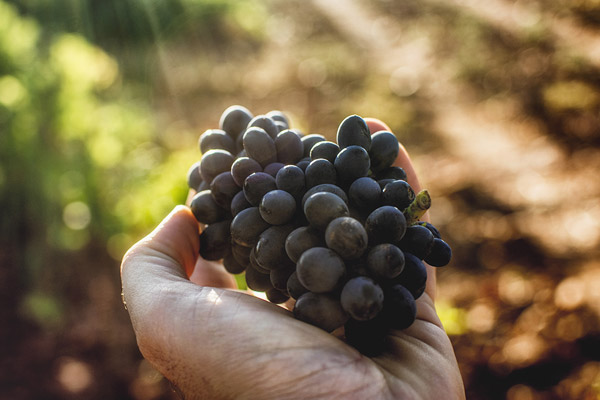 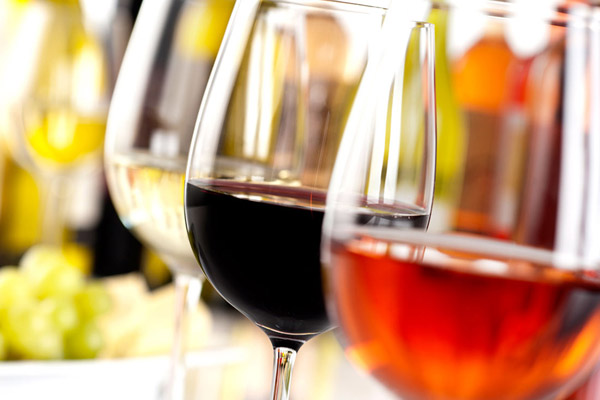