A perfect blend of fruit and wood

Tomás Postigo is one of the oldest winemakers in Ribera del Duero. It began working in 1984, and brought several innovations in how to develop drip irrigation, the use of French oak for aging or working with movement using gravity.

Tomás Postigo Crianza is a blend is made with Tinto Fino as the main variety, and complemented with Merlot, Cabernet Sauvignon and Malbec.

The grapes come from a selection of small farms located in different locations in the Ribera del Duero, with diverse but predominantly calcareous and sandy loam soils with stones and gravel. The harvest is done manually in small boxes of 12 kg to ensure good grapes on arrival at the winery.

The grapes are destemmed and passed to stainless steel tanks by gravity, without squeezing. Each plot is done separately. The malolactic fermentation takes place in French oak barrels and tanks before being aged in 225 litre French oak barrels for 12 months.

Finally the blend of all the wines obtained from each plot is done to complete the outcome. Tomás Postigo Crianza is naturally clarified with egg white prior to bottling.

Prominence of black and red fruit with sweet spices such as vanilla and memories of undergrowth. Background of elegant toasted oak.
Pleasant entrance on the palate with present tannins but in-tune and sweet. Very tasty and creamy. A long finish.

By sight it is a pretty red cherry colour, very bright. 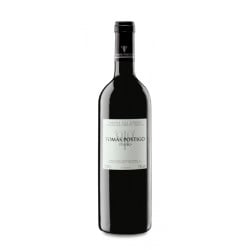