An elegant and pleasant Rioja

Muriel Crianza Fincas de la Villa is a white wine from the D.O La Rioja produced by Bodegas Muriel. This is a monovarietal of Tempranillo, the grape of excellence from La Rioja.

Muriel Crianza Fincas de la Villa originates from vines with an average age of 20 years old. The vines are planted at 400-700 meters above sea level and are cultivated using the goblet-pruning system, a traditional method.

After the harvest, the grape for Muriel Crianza Fincas de la Villa is fermented and macerated for 15 days in stainless steel containers. During this process there are daily pump overs to obtain a better extraction of colour.

Notes from the ageing process like vanilla and coconut combined with ripe red fruits and liquorice.

The palate is elegant and broad. Aftertaste persistent and pleasant.

The nose shows aromas of aging such as vanilla, coconut, roasted notes, accompanied by notes of ripe berries and liquorice.

A broad and persistent palate. 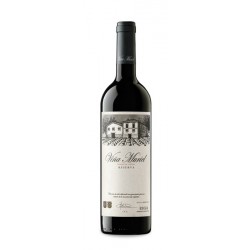 A new take on tradition 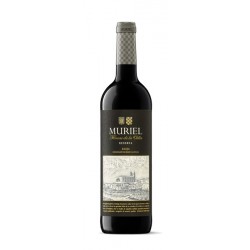