Dão native varieties with a fresh and elegant expression

António Madeira Vinhas Velhas Tinto is a red wine coupage of the Amarela, Jaen, Baga and other local varieties produced by the António Madeira winery in the DOC Dão in Beiras, Portugal.

The clusters used to make the António Madeira Vinhas Velhas Tinto wine come from vineyards with vines aged around 50 years old and planted at 450 metres above sea level in the Serra da Estrela with predominantly granite soils. These plots were abandoned and then rescued, and since then they have been cultivated according to the principles of biodynamic agriculture.

The grapes are traditionally trodden, but seeking little extraction to preserve the varieties’ properties and characteristics and to produce an elegant and fine wine. Fermentation takes place in open tanks, with native yeasts. The resulting wine is racked into used French oak barrels where it undergoes malolactic fermentation and is aged for 16 months.

Since 2010, António Madeira has been researching the Dão region with the aim of finding old vineyards in an exceptional location. Madeira is a French winegrower with Portuguese roots, so making wines in the Serra da Estrela is a return and a tribute to his origins; he cultivates this land and these vines manually, with the utmost respect for the environment and without using any chemicals. This allows him to produce wines that are an honest and affectionate portrait of the land that runs through his veins.

Real reviews from customers who have purchased this product
20815

António Madeira Vinhas Velhas Tinto 2017 is a red wine that offers aromas of fresh red fruit accompanied by notes of aromatic herbs and mineral and balsamic nuances of pine forests. On the palate it is smooth, delicate, tense and full of life. A fresh, elegant and structured red wine that will leave you wanting to pour another glass.
Alcohol: 12.50%
Production area: 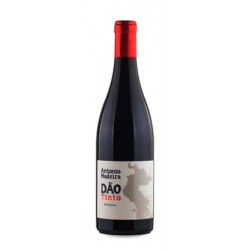 A red with character and full of authenticity 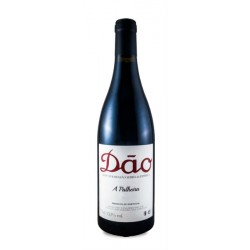