Wines displaying a perfect harmony between tannins and acidity

An excellent terroir, climate and adequate harvest complement eachother in the Ribera del Júcar, and together with the region’s modern facilities and innovative wineries, the region produces high quality wines, slightly astringent, elegant, bright, soft and yet round and deep, with a perfect balance of acidity and tannins, and with that purple colour so characteristic of the Ribera del Júcar.

You are viewing 1 product

A coupage of red varieties made in line with kashrut laws 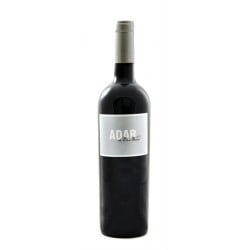 Vineyards have been planted and cultivated in the region for many centuries, but it was in 2001 with the arrival of many cooperatives, private wineries and councils in the area that together they decided to define this area south of the Cuenca province as an area of producing wines with different characteristics, taking the first steps in establishing the DO Ribera del Júcar, which was officially recognised in 2003.

The DO Ribera del Júcar is situated in central Spain, south of the Cuenca province and attached to the DO La Mancha. The DO is home to over nine thousand hectares of vineyards, located in the municipalities of Casas de Benítez, Casas de Fernando Alonso, Casas de Guijarro, Casas de Haro, El Picazo, Pozoamargo y Sisante. The area of production is characterized by its horizontality, as a plain, in which a few hillocks are dispersed. This horizontality is only broken by the passing of the river that gives its name to this denomination and by a few wooded hills between Sisante and Casas de Haro. The DO also has 1400 registered winemakers and only 7 wineries, as well as 5 other cooperatives.

The DO Ribera del Júcar is conceived as a multifunctional project based on the balance of the winemaking ecosystem, with its origin residing in practices that are respectful of the environment and the care of vines. The aim of this appellation is the development of vine growers and the general population living in villages, through activities set up in parallel fashion to wine, as is the case with eco-tourism, which includes visits to wineries and other leisure activities enjoyed outdoors.

The DO is home to a temperate Mediterranean climate. The average annual temperature of Ribera del Júcar is close to 14ºC, with thermal oscillation of approximately 20.5 degrees. Average annual rainfall stands between 450 and 550 mm and it is very regular throughout the year, except during the period ranging from June to September. Therefore, the geographic area of Ribera del Júcar’s humidity regime corresponds to that of a dry Mediterranean climate, but the combination of thermal regime and humidity suggests that the climate is temperate Mediterranean.

The deep calcareous clay soils, covered with rounded pebbles, are settled on a high plateau with an average height above sea level of 750 metres. This ideal location and the special microclimate of the Ribera guarantee excellent conditions for the growing of grapes.

Authorised grape varieties in the region include the red varieties: Cencibel (or Tempranillo), Cabernet Sauvignon, Merlot, Syrah, Bobal, Petit Verdot and Cabernet Franc; while the white varieties include Moscatel de Grano Menudo and Sauvignon Blanc. 50% of the varieties are aged between 35 and 40 years old, ensuring a good relationship between the production and quality of the grapes. From among these varieties, we should highlight Bobal and Moscatel de Grano Menudo, which are deeply rooted in this area.

Wines and Wineries in the DO Ribera del Júcar.

Bodegas Lllana is an example of tradition, craftsmanship and a strong family spirit, and is led today by the fourth generation of winegrowers. The winery is situated on the Finca Buenavista in Pozoamargo (Cuenca), which King Philip IV granted the family in 1626. The winery is home to 100 hectares of vineyards where they cultivate the varieties Cencibel (Tempranillo), Bobal and Moscatel de Grano Menudo, as well as Cabernet Sauvignon, Merlot, Syrah, Petit Verdot, Cabernet Franc and Sauvignon Blanc. The winery produces around half a dozen wines under the Casa Illana label, including Expresión, a blend of Bobal, Syrah and Tempranillo; Tresdecinco, a blend of Cabernet, Merlot and Syrah, as well as their high end Cas Illana Selección, a blend of Petit Verdot and Syrah, aged for 18 months in 300 litre oak barrels.

Casa Gualda is the commercial name for the Cooperative Ntra. Sra. De la Caberza, in Pozoamargo, and is an example of modernity. The cooperative produces wines under the DO Ribera del Júcar as well as wines under the Vinos de la Tierra de Castilla. Wines include the red Casa Gualda Plus Ultra, a blend of Petit Verdot (70%) and Bobal (30%), passed through new French and American oak barrels for 4 months, followed by one year in semi-new barrels. Another red by the winery is the varietal Casa Gualda Syrah, a young red wine. One of their specialities is the Lágrimas de Casa Gualda, a sweet wine made with 100% Moscatel de grano menudo.

Elvi Wines is a company of winemakers who produce and market kosher wines and natural cavas. The winery worked in six different wine regions in Spain, including the DO Ribera del Júcar, where they produce the red wine Adar, a kosher wine made from a blend of three different grape varieties, Cabernet Sauvignon (37%), Petit Verdot (35%) and Syrah (28%), produced under anaerobic conditions with constant movements of the wine. The wine then undergoes spontaneous malolactic fermentation, followed by ageing for 12 months in new French and American oak barrels. The wine is then bottled without being clarified, and undergoes only a light 5 micron filtration. This wine offers expressive aromas of fresh red fruit, with a tasty palate, fruity, with good acidity and ripe and soft tannins. 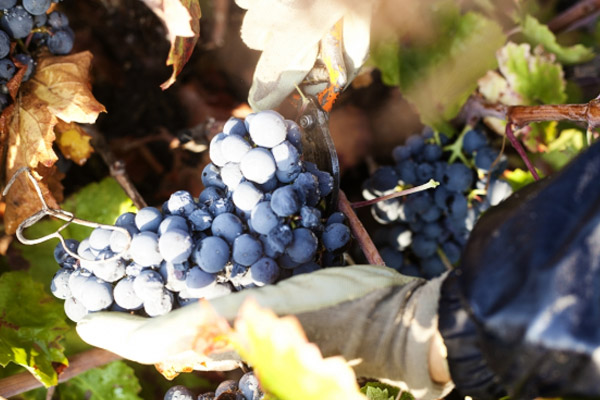 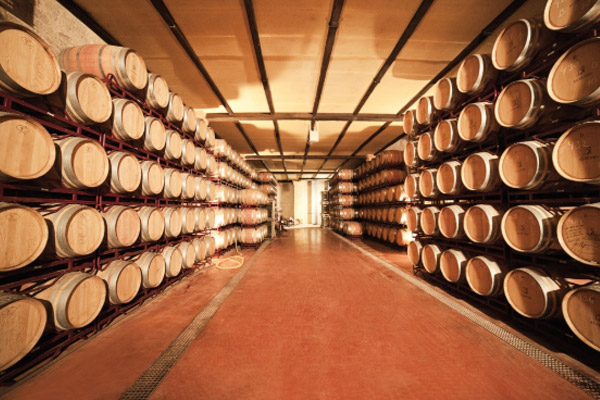 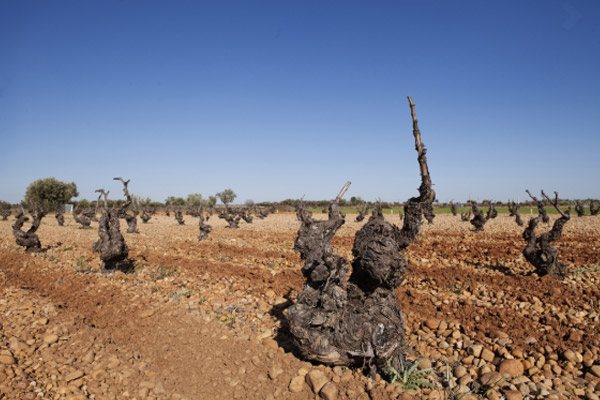 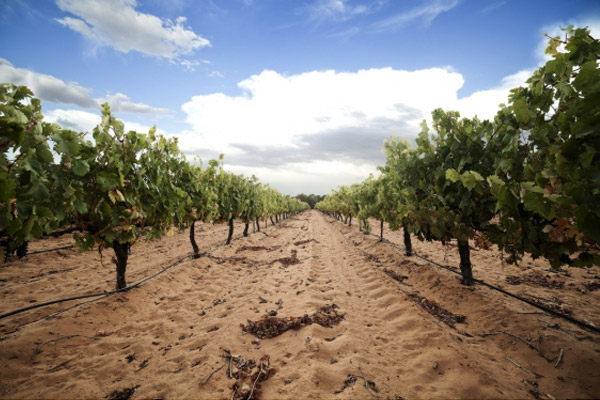