Wines with a marked Mallorcan character

Balearic wines reflect the nature of the Balearic Islands, dynamic and unique in its culture and customs. Due to its strategic geographical location, Mallorca has excellent market potential for wines whose best qualities are based on the climate and culture of the Mediterranean, and on three native varieties, the red Callet and Mantonegro, and the white Moll (Prensal Blanc) which, since ancient times, has been the base of the region’s best wines. 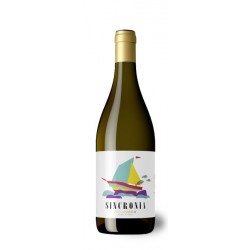 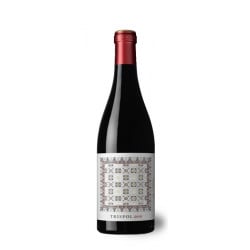 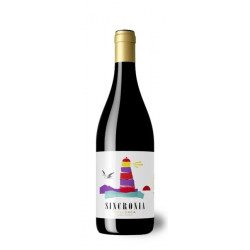 An elegant wine with a Mediterranean character 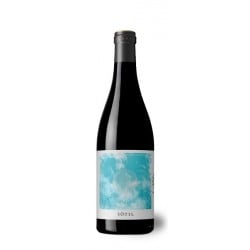 More about D.O. Pla i Llevant

This winemaking area is located on the island of Mallorca, the largest of the Balearic archipelago, and nestled in the western Mediterranean, 132 miles from Barcelona and 140 miles from Valencia.
Vine cultivation began on the islands in around 121 B.C., when Quintus Caecilius Metellus conquered the island of Mallorca. In the first century B.C., Pliny wrote about Balearic wines, comparing them with the best in Italy.
Even during the period of Arab domination, and despite the prohibition of the Koran, vine cultivation continued, and when King Jaume I conquered the island in 1230, the Moor Beni Abet offered him grapes of excellent quality.

In fact, viticulture became so important on the island that before the arrival of phylloxera, Mallorca had around 27,000 hectares of vineyards. However, the phylloxera outbreak in Mallorca and on the other islands in the late nineteenth century dealt a strong blow to the viticulture industry, and many vintners emigrated in search of new lands. The vineyards were mostly replaced by almond, olive and other profitable crops, and many native grape varieties eventually disappeared.

During the first half of the twentieth century, the total vineyard area ranged between 5000 and 8500 Ha, however after the Spanish Civil War, there was a slow decline in vine cultivation, due to the need to obtain other agricultural products. Nevertheless, the new tourist market in the mid-twentieth century boosted the local wine industry, which has since continued to grow in both quality and quantity.

The DO Pla i Llevant was founded in 1999, and extends across the central and eastern plain of the island, around the town of Felanitx. The region has traditionally been associated with the name Felanitx, where table wines were produced to supply the islands’ tourist market. In early 1991, 1000 hectares of vineyards received Vinos de la Tierra classification, but only part of them have been reclassified under the DO Pla i Llevant. Currently, the DO Pla i Llevant spans across 18 municipalities, and is home to 444 hectares of vineyards, 67 winegrowers and 13 wineries.

The region is home to a Mediterranean climate, characterised by mild temperatures in winter and very hot summers. Annual rainfall is 450mm, with periods of rain mainly concentrated between autumn and spring. The sea breezes (‘Embat’ system), which blow from sea to land, are set daily as a result of temperature variation during the hours of maximum insolation and its direction is reversed, with less intensity, during the night. In the warm season, the sea breezes converge, which favours moderating temperatures and determines the formation of clouds and sometimes rain.

Soils in the region consist of limestone (marl and dolomites) which gives way to chalky-clay soils, resulting in reddish and whitish earth tones and a slightly alkaline PH. These soil characteristics allow good drainage and this, together with poor organic matter and ease of root penetration, makes it ideal for the cultivation of vines.

The vineyards of Pla i Llevant are located at altitudes under 100 metres, practically at sea level. For them, the sea breeze has a significant influence on the microclimate aspects. In regards to grape varieties which are authorised to make wine in the DO Pla i Llevant authorises the white varieties Chardonnay, Moscatel de Grano Menudo, Moscatel de Alejandría, Parellada, Riesling, Viognier, and above all the native varieties Premsal Blanc and Giró Ros. In regards to red varieties, the DO authorises Cabernet Sauvignon, Merlot, Monastrell, Pinot Noir, Syrah, Tempranillo, and the native varieties Callet, Mantonegro, Fogoneu and Gorgollassa.

Wines and wineries of the DO Pla i Llevant

However, outside the DOs and Vino de la Tierra classification, the region also produces ‘vinos de mesa’. Surprisingly, these wines serve as one of the most dynamic and exciting aspects of viticulture on the Balearic Islands. The range of classifications occurs for the same reasons as those on the peninsula. While many are not classified under a DO for not meeting all of the criteria, there are many more wineries and wines that voluntarily distance themselves to avoid being limited by the restrictions and regulations set by the DOs and their Regulatory Councils. The majority of cases fall into the latter category, with these wineries producing innovative, cutting-edge and personal wines, with experimental varieties at their disposable that are not authorised under multiple DOs. Great examples of these wineries include ÀN Viticultors, Finca Son Bordils, Can Mayoral, Es Verger, Florianópolis and Hereus de Ribas, among others. However, we must remember that with a lack of restriction, there are also wineries who produce coarse, vulgar wines, with little regard for quality.

Bodegas Miquel Oliver. Founded in 1912, this winery is now in the hands of the fourth generation of the same family, continuing and guaranteeing its good track record. The winery pioneered many major changes and improvements in technology, and was the first to market a dry Muscat, an original and different wine. Bodegas Miquel Oliver currently owns 12 hectares of vineyards, plus another 35 that it directly or indirectly controls, and it grows both native and foreign varieties. With a bold and ground-breaking label, the winery produces the red Ses Ferritges, a blend of Callet, Syrah, Merlot and Cabernet Sauvignon, aged for 12 months in French (from Allier) and American oak barrels. The winery also produces Aia, a single variety Merlot aged for five months, and Mont Ferrutx, a blend of Callet, Fogoneu, Tempranillo and Mantonegro, which rests for American oak for ten months to outline its personality.

Can Majoral. This family winery was opened back in 1979, with the aim of experimenting with native varieties and adapting foreign varieties using organic methods. The winery currently has 15 hectares of vineyards, home to indigenous varieties such as Mantonegro, Callet and Gargollassa, the foreign varieties such as Cabernet Sauvignon, Merlot, Pinot Noir, Syrah and Tempranillo, as well as the white varieties Chardonnay, Riesling, Viognier and Parellada. The vineyards are divided into two different farms, Son Roig and Son Reus, and under the name of the winery, two white wines are produced, fermented in new oak barrels and aged in lees for six months, as well as two red wines aged for ten months in new one year old barrels. The Butibalausí label includes a young white, made from a blend of native Mallorcan varieties; a rosé, a blend of four grapes vinified separately; and a red wine aged for six months in 2nd year barrels.

Mesquida-Mora. This is a personal project that was founded back in 2004 by the brothers Jaume and Bàrbara Mesquida-Mora in Porreres. They are the fourth generation of their family to work in the industry of winemaking and viticulture, however the production of their wines and cultivation of their vineyards follows the practices of biodynamic agriculture, based on the best sustainable techniques. Their wines are made using native grape varieties, grown on vines over 30 years old. Their wines include the Acrollam range (Mallorca backwards), which are young and fresh wines with a Mediterranean touch. Tripsol refers to the earth, and Sòtil to the sky, and these are the two red wines from Mesquida-Mora, very different yet very complementary. Finally, they produce the Sincronia collection (red, white and rosé), a refreshing breath of the Mediterranean breeze.

Situation of D.O. Pla i Llevant 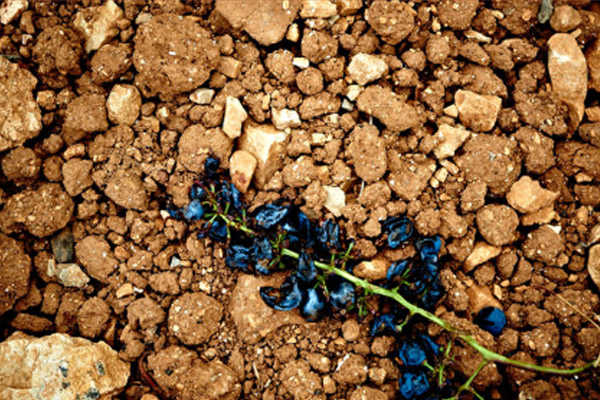 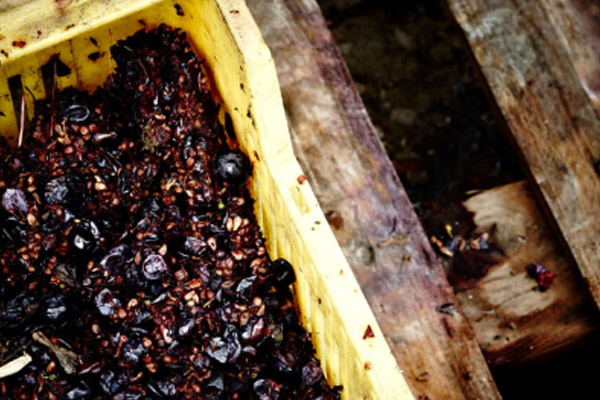 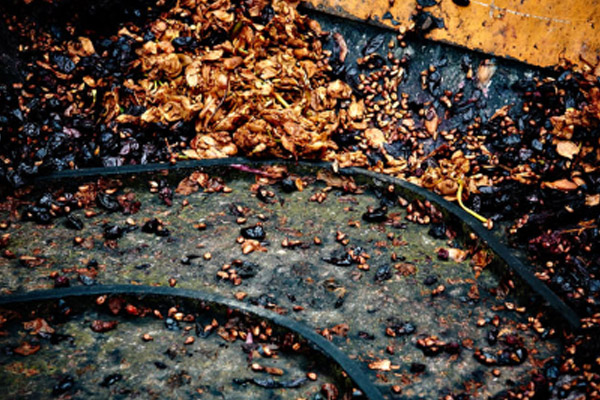 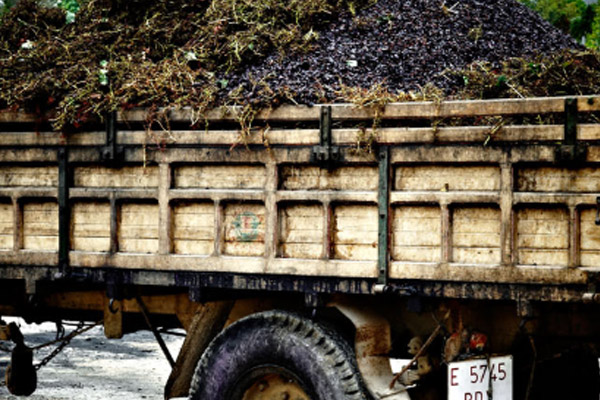