Suertes del Marqués Trenzado is a white wine from Orotava Valley prepared by the Suertes del Marqués winery. It is a blend of (90%) Listán Blanca -the name with which the Palomino variety is known in the Canary Islands, Pedro Ximénez (6%) and Vidueño - together with a small mixture of other varieties ( 4%).

The grapes come from old vines in the case of the first two varieties, and about fifteen year old Vidueño vines.

The harvest is done manually during the months of September and October and grains are transported in boxes of 16 kilos to avoid premature fermentation.

The pressing occurs automatically with whole clusters without destemming or squeezing. Subsequently, the alcoholic fermentation takes place: 40% of the must is fermented in concrete with skins and 60% in French oak barrels of 500 litres.

Suertes del Marqués Trenzado is finally aged for 8 months. The wort is fermented in concrete and also aged in concrete; after being fermented in French oak barrels, in the same container in contact with the lees. Half of the barrels are one year old and the others are two years old. Suertes del Marqués has a vineyard of 9 hectares. Their farms occupy an area that lies between 350 and 700 metres above sea level.

The winery was internationally recognized as the only representative of the Canary Islands in Matter of Taste, a Robert Parker event in 2015.

Suertes del Marques 2020 is a white wine with aromas of white fruit, citrus notes and smoky touches. On the palate it is vibrant, rich and seductive. A wine with good acidity, a pleasant and fresh mid-palate and a smoky aftertaste.

Suertes del Marques Trenzado 2019 is a white wine with complex aromas of white fruit, citrus notes and hints of minerals. On the palate it is young, pure and vibrant. A wine with an electric acidity and a most seductive smoky aftertaste.

Suertes del Marques Trenzado 2017 is a deep, profiled and mineral white wine. This vintage displays an excellent balance between maturity and freshness. Aromas of white stone fruit with floral notes and a very elegant mineral note. On the palate it is silky and lively, with a dry and very lingering finish.
Slightly bitter, potent. The marked acidity gives freshness. This is a very elegant wine. 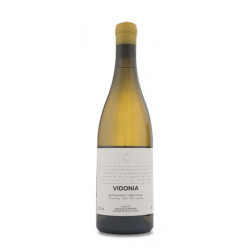