A fresh, mineral Albariño with a Rías Baixas identity

Leiras is a young white wine made by the Codorniu winery with the Albariño variety in the D.O. Rías Baixas in Galicia, Spain.
Considered the oldest family-owned wine company in Spain, founded in 1551, Codorniu is best known for being one of the first wineries to produce cava. However, in recent years they have started making some still wines through various projects in other prestigious denominations in Spain and around the world. This work has made Codorniu a strong group with a presence on all five continents.
Leiras comes from a vineyard located in the Valle do Salnes, in the Rías Baixas. The vines grow under the influence of the Atlantic Ocean and are harvested by hand in 20 kg crates when they reach optimum ripeness.
In the winery the Leiras grapes are first destemmed and gently pressed. Then the resulting must ferments at a controlled temperature of 16-18ºC. Finally the wine rests on its lees before being stabilised and bottled.
Under the name Leiras, which means estate in Galician, Codorniu presents its most illustrious Albariño. A fresh, mineral wine with Rías Baixas identity.

Real reviews from customers who have purchased this product
17091

In the mouth, the attack is fresh, silky and mineral. Well-balanced and persistent wine with a great structure.

On the nose, it is a complex wine with floral and fruity aromas of pear, peach, apple or pineapple together with citric notes that provide great freshness.
In the mouth, the attack is fresh, silky and mineral. Well-balanced and persistent wine with a great structure.

In the nose, it is a complex wine with floral and fruity aromas of peer, peach, apple or pineapple together with citric notes that provide a great freshness. 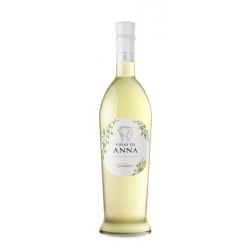