Red wine Aged in wood. 9 months in a concrete vats.

Akilia de San Lorenzo is a red wine from the D.O. Bierzo produced by the Akilia winery. This is a single variety wine made with Mencía grapes that come from three different plots.

The grapes used to make this wine come from the estates Chano Villar, Lombano and Villarín. The first, which spans across two hectares, is situated on mild lopes facing east and grows on clay loam and slate soils. The second spans just over half a hectare, on a steep gradient and facing west. The third plot, that occupies one hectare, has an east facing orientation on mild slopes and grows on clay loam soils with quartzite and slate.

The various vineyards have an average age of 80 years and are cultivated using traditional goblet trained vines. The harvest is carried out manually, with small boxes being used, ensuring that the bunches and grapes do on break or rupture. The vinification process for each plot is carried out independently in concrete tanks. The grapes from Chano Villar and Villarín are left to rest for 9 months in concrete tanks, while the most from Lombano ages for one year in French oak barrels.

Akilia is a young winery from Bierzo which works wonders with the Mencía grape variety, an opinion shared by renowned wine critic Robert Parker, perhaps one of the most influential wine critics in the world.

Real reviews from customers who have purchased this product
9900

Akilia Villa de San Lorenzo 2016 is a juicy red wine with aromas of red fruits, violet flowers, earthy notes and spicy touches. On the palate it is delicate, with a well integrated acidity and a pleasant lactic touch.
Alcohol: 12.50%
Production area: 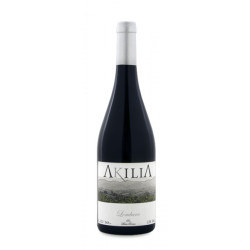 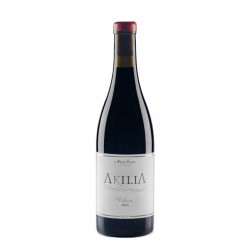