Discover the best wines produced by the Palacio winery 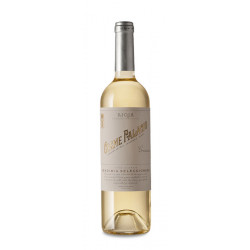 A tribute to an entire century of wine 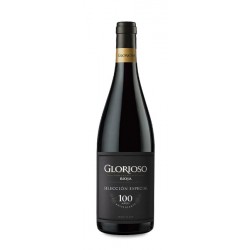 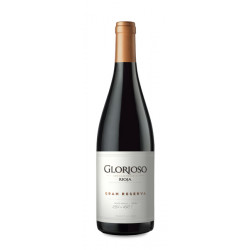 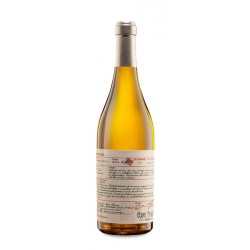 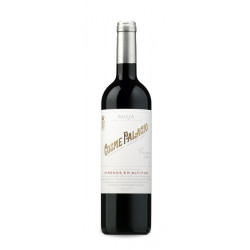 A red wine that is a real tribute 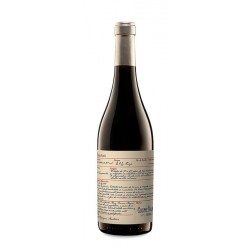 A red wine with an enormous Tempranillo personality 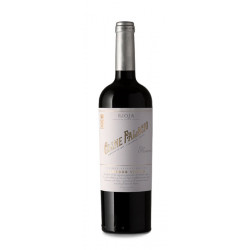 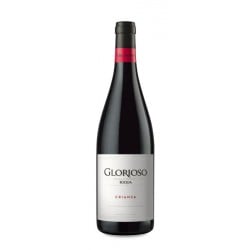 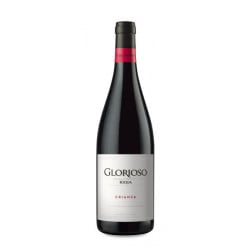 A blend of selected grapes from vineyards in Rioja Alavesa

In 1894, Cosme Palacio Bermejillo, an essential figure in the political and social scene of Bilbao at the end of the 19th century, took over the family winery that his father founded in Laguardia in 1863 to turn it into the most advanced winery in Rioja Alavesa. With its particular vision of future and its focus on the main reference in Bordeaux, it introduced essential changes that laid the foundations of the modern wine in DOCa Rioja. Located at the foot of Laguardia, between the mountain range Sierra de Cantabria and the windy course of the Ebro river, its vineyards are a treasure. Protected by the imposing rocks of the mountain range, the Tempranillo and Viura vines find the perfect conditions: high altitude, clayey-calcareous soils, south orientation, and a unique climate with Mediterranean and Atlantic influences. Rioja wines are prestigious and with quality, and a tradition that was established thanks to the work of great pioneers, who knew how to select the vineyards and set the methods for production and ageing. Currently, even its most modern wines are still supported by the same research and progress spirit.

In 1899, the first vintage of the brand Cosme Palacio y Hermanos was born. In 1917, they created the first vintage of the emblematic brand Glorioso. In 1929, Bodegas Palacio marketed the first must, Mosto Palacio. However, although the different owners of this winery, including its founder, have been good winemakers, it was from 1972 that Jean Gervais, a Frenchman, and his efficient team, brought about a real change in the style of Rioja wines. Jean Gervais is often referred to as a master winemaker, something revolutionary for a house with a century-old tradition, who knew how to masterfully accredit a large winery afflicted with Riojan melancholy. But, in reality, he was an executive of a multinational company, a lover and connoisseur of good wine, and sufficiently aware to produce modern products, some of them almost atypical, but above all with personality, race and a survival character. Q

Perhaps that’s because he wasn’t a type of person who accepted local traditions without asking questions, or who moved according to fashions. Unlike many other Rioja winemakers, he did not inherit his customs, nor did he look for an instant recipe to make a dazzling and passing wine. Instead, he carefully listened to the different problems that affected this winery back then. He studied the area, the vineyard and the possibilities of making different wines. He decided to leave the country, seeking the advice of the French oenologist Michel Rolland, with a renowned mastery in the production, design and conception of good wines. Then, in 1986, the new Cosme Palacio was born, as a result of a series of pioneering decisions such as the exhaustive selection of grapes, separate production for each vineyard, long maceration time, and, above all, the ageing in the best, new French oak barrels.

The winery is located in the surroundings of Laguardia, and in 2015, its remodelling works were completed. Now, it is an extremely modern, spacious, clean and bright winery, equipped with renewed and cutting-edge technology. Right now and since 1998, Bodega Palacio belongs to the current Grupo Bodegas Palacio 1876, formerly Grupo Hijos de Antonio Barceló. The history of this Group started in 1876, when the Barceló family launched the Sansón wine on the market. Today, it is one of the most important wine groups in Spain, a reference for high-quality wines, with a century-old trajectory, and present in important denominations of origin in Spain: Rioja, Ribera del Duero, Rueda and Toro. With this change of name, Grupo Bodegas Palacio 1894 wants to transmit the transformation process that the company is undergoing, reinforcing the group to which the different wineries belong, but also giving greater importance to the identity and uniqueness of each of them: Bodegas Palacio, Bodegas y Viñedos Viña Mayor, Finca Caserío de Dueñas and Finca Anzil.

The winery is supplied with 200 hectares of controlled vineyards, it has 6 underground cellars and has a spectacular stock of 8,000 French and American oak barrels, which means 2.7 million litres of ageing wine. At Bodegas Palacio tradition and innovation are combined down to the millimetre in the production of wines. Here, they are fully committed to the environment, with its protection and improvement in all aspects of the winery’s activity, from the vineyard to the winery and logistics.

At Viña Mayor, they understand this responsibility and develop it in the management of their farms, the rational use of energy and water, and the initiatives included in standard ISO 14001. The winery is also committed to collaborating with the best winegrowers in the area through long-term contracts, which allows them to control the quality of the grapes from the vineyard and ensures an optimum degree of health and ripeness of the fruit. The winery, like all the others in the Group, also holds quality certifications ISO 9001, 22000 Food Safety and 14001 Environmental Management System.

Bodegas Palacio produces a total of 11 wines distributed in different categories and brands. Among them, its young white, rosé and red wines stand out under the brand name Mil Flores. Its brand Glorioso is one of the oldest ones of the winery, with a crianza, a reserva and a gran reserva.

Glorioso Crianza is a varietal of Tempranillo with a minimum of 12 months in French oak Bordeaux barrels with a medium toasting. It has very intense fruity aromas, with spicy hints such as vanilla and cinnamon making the whole complex and elegant. It has a marked meatiness, with a very ripe and elegant tannin, enveloping and very balanced with sensations of dried fruit in its finish.

Glorioso Reserva is also a Tempranillo varietal from vineyards in Rioja Alavesa, planted on very poor clayey-calcareous soils. These vineyards are an average of over 40 years, located at an altitude of 600 metres facing north, and aged for 22 months in French oak barrels. It is a wine of great elegance and complexity, with notes of ripe fruit, hints of dried flower petals and a finish of elegant spicy nuances such as ginger or cinnamon, which are provided by the noble French oak. It is a wine with a great character, enveloping and full-bodied, but delicate and elegant at the same time with fine tannins and a high quality. It has a very long finish, with chocolate and menthol flavours.

Glorioso Gran Reserva is made with Tempranillo from old vineyards located in the highest areas of Rioja Alavesa, close to the mountain range Sierra de Cantabria, with 24 months of ageing in French oak barrels and at least 50 months in the bottle. It is a wine of great intensity and pureness, with notes of plum jam and dried figs, along with menthol chocolate and a mineral finish. In the mouth, it is subtle and velvety, with enveloping sensations, long-lasting and with roasted-like nuances.

Cosme Palacios Viñedos en Altitud is a red wine made with Tempranillo from vineyards over 40 years old located at an altitude of over 600 metres. These vineyards are planted on clayey-calcareous soils, and is aged for 12 months in new 225-litre French oak barrels with a slight toasting. It offers a good aromatic intensity with a wide concentration of fruit, raspberry and intense black liquorice, with a balsamic background. Ripe red fruit in a perfect blend of sweet spicy sensations, with a background of vanilla and eucalyptus. In the mouth, it is energetic, with personality, with fruity contributions and silky quality tannins. Delicate, elegant, very tasty, persistent and with a long, ample and balanced finish.

Cosme Palacio Reserva “Viñedos Viejos” is a Tempranillo varietal from very old vineyards over 70 years old located in Laguardia. They are planted on very low production clayey-calcareous soils. This wine is aged for 18 months in new 225-litre French oak barrels, with soft toasting and from different cooperages. It is a wine of fruit intensity where aromas of blackberry, redcurrant, blueberries and blue fruit details such as sloe stand out, together with pipe tobacco, cigar box, undergrowth and a roasted finish that create an elegant and subtle whole. In the mouth, it is enveloping and meaty, powerful but gentle and delicate at the same time, with sweet sensations due to its magnificent ripeness, with a very fine tannin. Ripe and elegant, with a good and balanced acidity that gives it certain liveliness and freshness.

Cosme Palacio Blanco “Vendimia Seleccionada” is made from 94% Viura and 6% Malvasía, with a partial fermentation in oak barrels and an ageing of 7 months on its lees. Intense, fine and elegant, with a predominant fruity sensation of pear and citrus notes, on a background of finesse, with hints of vanilla and aniseed. In the mouth, its lees provide it creaminess, notes of butter and bakery. Very elegant in the mouth, fresh and tasty with an extraordinary balance.

Cosme Palacio 1894 Blanco is made with 95% Viura and 7% Malvasía, with alcoholic fermentation in 500-litre French oak barrels at a low temperature in air-conditioned chambers at 16ºC for 14 days. Afterwards, it is aged for 7 months in 500-litre first-, second- and third-use French oak barrels of 500 litres of medium toasting, on its lees and with a weekly batonnage. Its intense fragrance is full of elegant hints, such as chamomile pollen and fennel, with light touches of grapefruit, citrus and candied fruits with a vanilla and mineral finish. Enveloping, meaty and lively.

Cosme Palacio 1894 Tinto is a Tempranillo varietal from very old vineyards, from 70 to 85 years old, with a low production (3,000 kg/ha), located at an altitude of over 600 metres. The malolactic fermentation takes place in 500-litre French oak barrels of a medium toasting. Then, it is aged for 15 months in first-, second- and third-use French oak barrels with a capacity of 500 litres. It has fruity aromas such as blackberry, wild berries or blueberries, and also blue fruit such as sloes, and typical notes of liquorice and spices. The sensation of unctuousness fills the mouth with a fruity aftertaste and a very fine tannin. Its suitable acidity gives it a long and mellow refreshing touch, leaving sensations of menthol chocolate at the end. 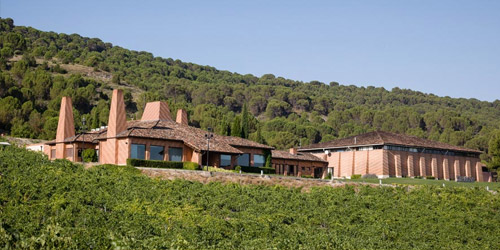 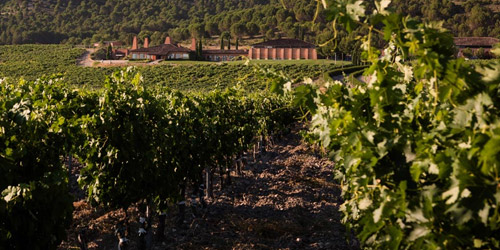 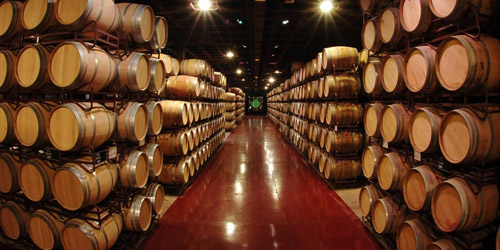 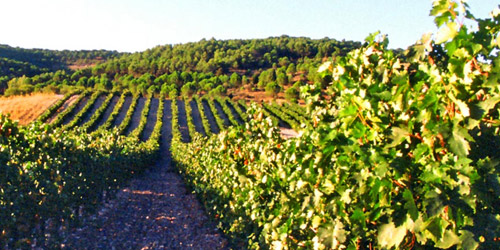