Discover the best wines produced by the Luberri winery 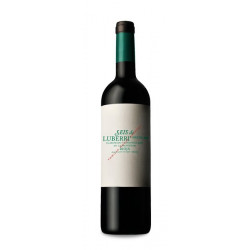 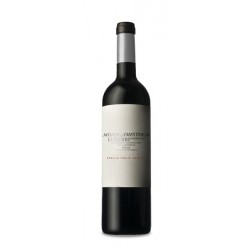 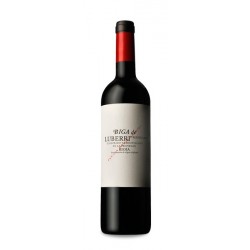 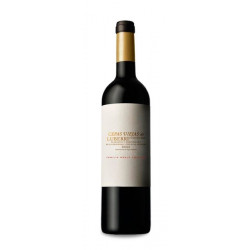 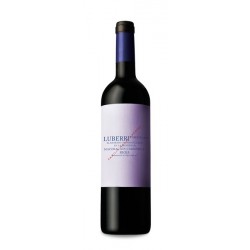 Rioja Alavesa is an entire world we can find between the mountains of Sierra de Cantabria and the Ebro river. It is the sunniest and southernmost region of Euskadi. Its 15 municipalities and just over 300 km2, leave their character and strength in a mosaic of small vineyards, which form a privileged place for viticulture. This land has historically led the progress of viticulture. Since the 18th century, many of its inhabitants have been true pioneers who have based their contributions on the potential of the native variety Tempranillo, along with the white variety Viura, the other great native grape. Luberri-Familia Monje Amestoy deeply identifies with the characteristics of this territory, with its continental climate of Mediterranean influence, with the entrepreneurial spirit of its people, and with a peculiar way of production: the carbonic maceration, from which they achieve the so-called typical "harvester's wine" (vino de cosechero). In popular speech, "harvester's wine" is the one that comes from a particular harvest and, at most, we can confirm that it has been produced by the winemaker who carried out the harvest. But there is much more to a "harvester's wine". Especially, for a great majority of small winegrowers from the traditional Rioja Alavesa and San Vicente de la Sonsierra. "Harvester's wine" is as old as its history. Surely, if Noah made wine it was a "harvester's wine", since the production system is the most simple and ancestral. The whole grape bunches are places inside the press, locally called "lago", or inside the fermentation deposit. This is, without stomping or crushing, preventing the berries from braking as much as possible. At the bottom of the deposit a thin layer of must is formed due to the weight of the fruit. This must starts to ferment, releasing carbon dioxide. As it cannot be released, it acts on the enzymes present in the fruit triggering the fermentation of the whole berries. The most modern technique is to fill the free space in the closed fermentation vat with carbon dioxide from another vat where there is fermenting or industrial must. During the fermentation process, the grape berries swell, and after a few days (8 to 10) they burst. Subsequently, after the first saignée, part of the semisolid mass it "folded" on top of the other part ("remango" or "volteo"), achieving its drainage. This way they obtain a wine with a lively and concentrated colour, with remarkable blue hues that reveal attractive purplish and violet tones. The primary aroma of the grape is trapped in the cells of the skin, which is why they are very aromatic wines, they have a relatively high alcoholic strength, a high acidity, and a certain meatiness with a marked astringency due to the maceration with the stems.

But Rioja Alavesa in general, and Luberri in particular, do not exhaust their possibilities with this type of wine, because the fineness and excellence of its Tempranillo from their own vineyards gives them the possibility to also make great reserva and gran reserva wines.

Florentino Martínez comes from a family of farmers in San Vicente de la Sonsierra that settled in Elciego when he was eight years old. Here, for many years the family managed an agricultural and services company, but Florentino took a step further. He went from caring for the vineyards of others to buying some vineyard plots here and there, mostly in the municipality of Elciego. He built his own winery in 1991, along with his wife Maria José, and now he counts on the essential collaboration of his daughters, Laura and Miren. Currently, ravines, slopes and small basins, and high terraces outline the geography of the 30 hectares of vineyard owned by Luberri-Monje Amestoy. They go from the bottom of the Ebro valley, at 400 metres of altitude, to higher areas heading towards the mountain range Sierra de Cantabria, in the municipality of Elciego, and they enter the nearby areas of Laguardia, La Puebla de Labarca and Villabuena de Álava. The farm El Cuento was the first one that Florentino Martínez acquired. This is where first Luberri wine came from; the young red carbonic maceration wine that surprised the market and began to give them name and reputation. Little by little, the property grew in surface and also in wisdom and experience. Today, the favourite site continues to be Los Merinos, at 540 metres of altitude, above the nucleus of Elciego. Here, they cultivate their 60-year-old Tempranillo, which they use to make their red Cepas Viejas, the high-expression wine of the winery.

The winery is equipped with state-of-the-art technology, with stainless steel deposits, refrigeration equipment and other advanced features. Another strength of this winery is their barrel room, with 750 French and American oak barrels. Their main method is carbonic maceration, which they have been renovating to produce the youngest wines of the winery, the Luberri and the Seis de Luberri. In the vineyards, they carry out a viticulture respectful with the course of nature, with the quality of the grape as their main concern. It reaches its culminating moment with the hectic activity of the harvest. Florentino Martínez goes through the vineyard with a refractometer, measuring the fermentation degree of the grape berries, and personally deciding when it is the right time to harvest each plot. And while nature imposes its safe and harmonious cadence on the vineyards of the property, the winery has a relevant role in profiling the nuances from the production process: the singularity of the maceration, the nobility of wood, and respect in all processes.

Below we present you with wines from Luberri:

Luberri Zuri is the white wine of the winery. It is made with 80% Viura and 20% Malvoisie, from vineyards that are between 30 and 50 years old, located in Elciego and neighbouring municipalities. The wine is kept with its lees for two months, with daily batonnages. It has a clear aroma, with a fruity taste of the variety and notes of mountain grass and apple. In the mouth, it is fresh, tasty and ample, with a creamy touch and a good acidity. Round and very balanced.

Luberri is the youngest red wine of the winery. It is made with 95% Tempranillo and 5% Viura, and it is produced following the traditional method of carbonic maceration. This wine has a cherry red colour and shiny appearance, with purplish rims; quite opaque. On the nose, it shows aromas of wild forest fruits (blackberry, raspberry) and floral tones of violet with a touch of liquorice. In the mouth, it is ample and powerful, meaty, with a well balanced mid-palate and quite a fruity sensation. It is an easy to drink and fresh wine, with a vegetation and green almond finish that leaves a lingering nuance.

Seis de Luberri is a wine made 100% with Tempranillo using the traditional method of carbonic maceration and six months in the barrel, hence its name, which literally means "The Six from Luberri" in Spanish. It offers aromas of red and black fruit, and smoky tones with nuances of the fresh maceration notes. In the mouth, it is powerful, meaty, very tasty, with a good balance between a very expressive fruit and very fine roasted notes.

Biga de Luberri is made 100% with Tempranillo, and it is aged for 12 months in oak barrels. It offers delicate aromas of fresh and clean fruit, with tones of leather, spices and fine woods. In the mouth, it is light, amiable, with a certain touch of freshness. Notes of vanilla, wood, smoke, and a good fruity acidity.

Monje Amestoy is made with 90% Tempranillo and 10% of other varieties from vineyards with vines that are over 35 years old. Grapes were selected in the vineyard and at the reception table. This wine was aged for 16 months in barrels of a maximum age of six years, 50% of American oak and 50% of French oak from Allier. On the nose, it is complex, with balsamic notes, vanilla and spices on a background of black fruit jams (blueberries, blackberries). In the mouth, it has a good structure, with a silky mid-palate and a great balance. Well integrated fine woods and a spiced retronasal.

Luberri "Cepas Viejas" is made 100% with Tempranillo from Finca Los Merinos payment. The vines are on average 70 years old, which means a yield of 3,000 kg per hectare, trained in a vase shape. It is aged for 18 months in new French oak barrels. On the nose, it is complex and elegant, with intense aromas of fruit, spices, balsamic notes and good wood. Tasty in the mouth, with a good structure. Polished and long.