Cims de Porrera is a young and innovative winemaking project in the Priorat, based on the regeneration of an old village cooperative to produce quality, modern wines. The philosophy of Cims de Porrera is to seek quality and innovation with its old vines of Carignan and Grenache, based on a cooperative that allows to keep these old vineyards producing and, also, safeguard a good quality of life for its farmer, always with utmost simplicity and honesty. 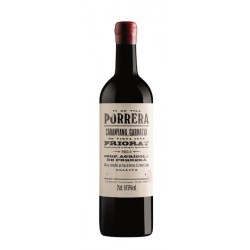 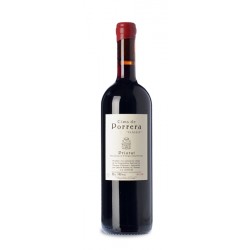 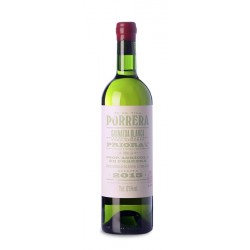 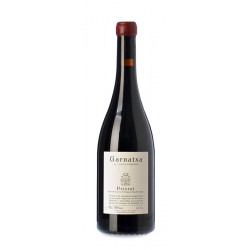 This new and promising project began to take shape in 1994, when several floods devastated whole fields of vineyards in Porrera. For this reason, the continuity of their farmers in their vineyards was threatened.
At his time, the singer and songwriter Lluís Llach, whose mother was born in the town, had the initiative to reactivate the local economy by founding a new winery in the building of the old cooperative of the village. This building dates back to 1932, and in its basement we can find a labyrinth engraved in the walls, which helps us find the wooden barrels and the cement tanks to age the wines.

Soon, the Pérez Ovejero family joined Llach's idea, with the purpose of producing quality wines in the local cooperative, and also to achieve a social objective, offering winegrowers a reasonable price for their harvests, higher than the market price at the time.

Llach and Josep Lluís Pérez, founder of the Mas Martinet winery and one of the pioneers in the winemaking revival of Porrera in the previous decade, started the project in 1996.
However, years later, Lluís Llach founded his own winery in Porrera, with Enric Costa. Today his winery also counts on the presence of Adrià Pérez, son of Josep Luis Pérez, as the director of the winery and main oenologist, as well as the technicians Marc Pérez and Dic Duran.

A few years later, Lluís Llach left Cims de Porrera to become fully dedicated to his personal project. The Perelada Group was now the new partner of the Pérez family, distributing for a few years the wines of Cims de Porrera. However, they left the company years later, so the Pérez family is now the sole owner. Currently, Adriá and Marc Pérez are in charge of running the winery and producing wines with grapes from the vineyards owned the members of the cooperative.

Marc and Adrià Pérez are two cousins of the same age who have lived and shared the environment and work in the winery since their childhood. They have worked side by side on the farms and in the wineries of the family (Mas Martinet and Cims de Porrera). They have travelled to different winemaking regions of the world, France being one of the countries that has influenced them the most, especially Bordeaux and Côtes-du-Rhône.

However, apart from Cims de Porrera, they also have a personal project, Les Cousins Marc & Adrià, whose wines are made in Cims de Porrera.
Priorat is the land that they know, understand, and identify with the most. For this reason, they decided to start their personal project here. For years they have been recovering old farms of Porrera, they have experimented, they have tried different vinifications ... but it was not until 2007, with the opportunity to buy 12,500 kg of grape from different vinegrowers of Porrera, when this idea began to take shape. This is how the first wine from the winery of the company Les Cousins Marc & Adrià was born, the Sagesse 2007. The following year they added L'Inconscient 2008, launching both on the market at the same time, in September 2010.

Apart from the "cousins" project, Cims de Porrera is focused on old vineyards of Carignan and Grenache, from a lot of small plots, with a traditional production method.
The vineyards are mostly over 70 years old, planted on rough terrain with slopes of up to 60%. The yield per vine is very low, only 300 grams per plant, and sometimes they even reject up to 50% of the grapes, before they put them in stainless steel fermentation deposits.

This is why wines from Cims de Porrera are so concentrated and unique. They are always made with the two native varieties of the area, Carignan and Grenache, the oldest they can be.
Around 15 farmers cultivate the 54 hectares of vineyards that make these wines possible.
All the wines from Cims de Porrera are born from vineyards that are controlled and advised by Adrià Pérez, although they are managed and vinified by their owners, the members of the village cooperative. Here, these grapes are paid at the price that corresponds, since they are old vineyards of excellent quality and with very low yields. On the other hand, the vineyards planted by Cims de Porrera reach a total surface area of 30 hectares, which translate into a production of around 15,000 bottles per harvest.

Although Marc and Adrià make other wines in Cims de Porrera, like the collection of "Les Cousins" or wines of the "Trosset", in collaboration with the brothers Dic and Eduard Duran, the most representative labels of Cims de Porrera are its two "clàssic" and its Vi de Vila.

Cims de Porrera Clàssic Caranyana is made exclusively with Carignan grapes, and it is aged for 16 months in French oak barrels. On the nose it is very expressive, with aromas of ripe black plums, blackberries, and very fresh balsamic notes, with toasting notes and spices, on a background of forest and minerality. In the mouth it is ample, meaty, structured, with tannins that are present, but mature, tasty, ripe fruit, spices and a very balsamic finish.

Cims by Porrera Clàssic Garnacha is a varietal of Grenache from vineyards that are between 40 and 100 years old, located at an altitude of 350-500 metres, cultivated on steep hillsides on licorella soils with red and black decomposing slate. It is aged for 16 months in French oak barrels. It offers aromas of very ripe black fruit, mentholated balsamic notes, spices and a trace of minerality. In the mouth it is very ample and tasty, with good acidity, balsamic and liqueur-like, with soft tannins that boost a dry and long finish.

Cims de Porrera Vi de Vila is born from a coupage of Grenache and Carignan from Porrera, from relatively young vineyards. Each variety is vinified separately, and at the end it is aged for 12 months in French oak barrels and it goes through a reductive ageing in the bottle for 4 years before leaving the winery. It has aromas of ripe black fruit, with notes of liquorice, and some herbaceous and spices.  In the mouth it has body and amplitude, but it is very fresh, with ripe and velvety tannins, sapid ripe fruits, spices. With minerality, lingering and persistent.