Wines that have marked a landscape and its people

The DO. Yecla is currently submerged in the midst of a revolution, led by small private wineries and cooperatives that are fully grasping the cultivation of vineyards and the use of new technologies, working with the star trademark grape: the Monastrell. Over recent years, the region has been producing high quality red wines that have not only built a strong reputation, but are also leading the way for a great future. D.O Yecla is without a doubt one of the most dynamic Denominaciónes de Origen. The region also boasts a strong export market, with 95% of its products sold outside of Spain, with their wines enjoyed by over 40 countries throughout the world. 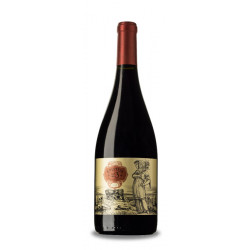 A sweet and pleasant coupage 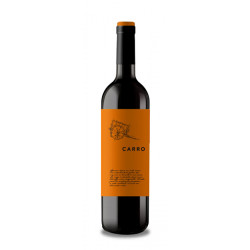 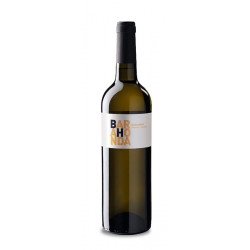 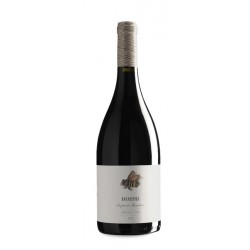 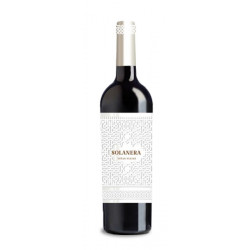 An intense coupage with a Yecla character 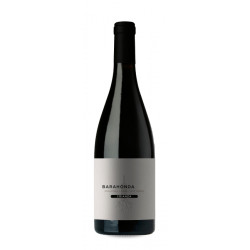 An attractive wine with great breadth 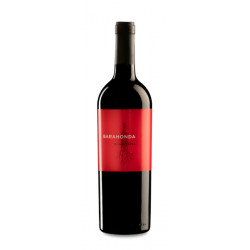 A pleasant red to introduce you to the Yeclana denomination 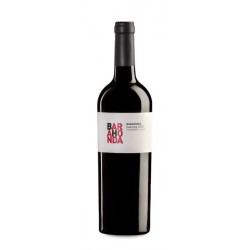 The full fruity and persistent expression of the Monastrell variety 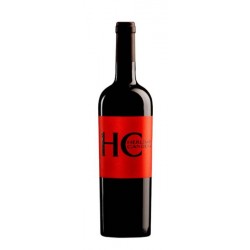 Concentrated and sweet Monastrell that is suitable for vegans 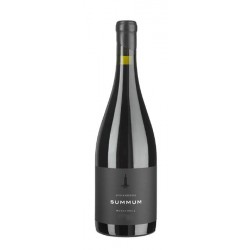 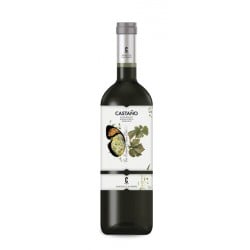 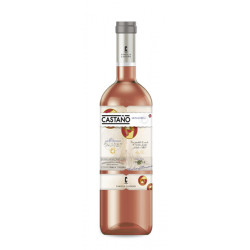 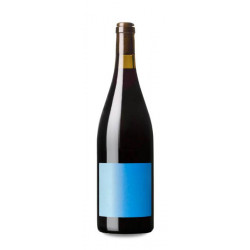 The region’s links to viticulture can be dated from the 1st century BC to the 3rd century AD, in archaeological remains from a winery situated in Fuente del Pinar. A winery connected with a basin can be distinguished, and these facilities show evidence of being reused between the fourteenth and sixteenth centuries. The site of the winery was also accompanied by a rustic villa of some relevance in the Torrejones, in which allegorical murals to viticulture can be found.

Due to its location, the Yecla region has been influenced by many civilizations over its history; including the Romans, Greeks, the Carthaginians and the Muslims, which has also caused strong economic and demographic fluctuations along the centuries. However, during the first half of the 19th Century, the region faced economic difficulties, due to weather disasters, epidemics and the invasion of the French army.

Viticulture in the region saw expansion and growth during the second half of the nineteenth century due to acquisition and reclamation of new land. This coincided with further expansion between 1870-1890 thanks to French merchants and demand due to the phylloxera outbreak on French territory. However, the arrival of phylloxera in the area, as well as the end of trade with France which had helped exports, dampened the outlook for viticulture in the region.

The region underwent numerous changes during the 20th century, seeing a sharp decline in the population due to the Spanish Civil War and the aftermath. The area then saw an economic resurgence during the 70s, above all when the DO Yecla was officially recognised in 1975. The region made many important decisions, including replanting varieties used to produce strong wines, such as Garnacha Tintorera and Forcallat, as well as maintaining the Monastrell variety as the principal grape, which now occupies 60% of the vineyards in the region. During the mid-80s, the area saw a slow revolution, led by small private wineries and cooperatives that began producing red wines using stainless steel equipment with temperature controls. Thanks to this effort, some formerly robust wines have become more balanced where the aromatic complexity and balance dominate.

The DO Yecla is located to the southeast of Spain, in the region of Altiplano, in the extreme north of the Murcia region. The region borders DO Jumilla in the south, DO Almansa to the north and DO Alicante to the east. It is a transition zone between the Mediterranean and the central upland plateau known as La Mancha, and is surrounded by low mountains and hills, where vineyards are located at altitudes ranging between 400 and 800 meters above sea level. Today the DO Yecla hosts some 6,500 hectares of vineyards, with only 7 wineries registered under this denomination of origin (DO).

The D.O is home to a dry continental climate, characterised by hot summers that reach over 39ºC, while the winters can be harsh, with temperatures dropping below -10ºC on the worst days. Rainfall is scarce, reaching only around 300mm a year and concentrated in spring and autumn, and usually in the form of downpours or storms, with hail not uncommon during the summer months. The region also experiences strong sunshine, with around 3,000 hours of clear sunshine a year.

The most important feature of this region, from an orographic point of view, is the remarkable altitude of the plateau, which varies between 535 and 700 metres, from which protrude numerous mountain ranges, most of which are arranged in a northeast-southwest direction. This arrangement causes the mountains to form corridor-type valleys and numerous endorheic depressions, presenting a significant difference in height between the peaks and the lower parts of the valleys.

The soil in the area is generally limestone, among other types, deep and has good permeability. It is poor in organic matter and rich in limestone content, which sometimes causes a surface crust. In general, iron is abundant in Yecla soil, a mineral with great influence on the quality of the wines from the district and their propensity to oxidation and ferric breakdown, above all in white wines.

From a hydrographic perspective, the most important characteristic of much of the municipality of Yecla is the endorheic character of the basins, which are fed by small watercourses, among which Arabi, Agua Salada, Pozo, Gavilanes, Toconera, Jumilla and Tomate stand out. The most important watercourse is the one surrounding the northern sector, resulting from the confluence upstream above the urban centres of Las Ramblas, Pozico Lisón, Gavilanes, Vera, Campanas and Agua Salada.

The main variety used to make Yecla wine is the Monastrell, a red grape variety of Spanish origin, cultivated in the Mediterranean, particularly in the Levantine region. The grape is known to bud late, with compact bunches and small, round and sweet berries. The Monastrell variety has been documented since the fifteenth century, although it is widely believed that it was first cultivated many generations before that date. It also known as ‘Mataró’ (in California and Australia, possibly because of the fact Monastrell wines were once shipped from the port town of Mataró when the variety was grown in the Catalan Maresme), ‘Mourvèdre’ (from the Visigoth name of the city of Sagunto, in Valencia) in France in the regions of Côtes-du-Rhône and Provenza, where it is used to produce the famous Bandol rosé, and in Languedoc-Rosellón. It is also known as Matrassa in Azerbaijan.

The variety is widely cultivated in Spain across the Levant (East) and is the dominant variety in the DO Almansa, Valencia, Jumilla, Yecla, Bullas and Alicante, and is also present in other regions such as Utiel-Requena, Tarragona, Terra Alta, Conca de Barberà, and even in Penedès, where it is used to produce rosé cavas.

Wines and Wineries in the DO Yecla.

It’s hard to believe that the Monastrell grape did not once enjoy the reputation that it does today. It was once seen as the underdog variety, an underrated grape that was grown for its profitability. The Monastrell grape is characterised by producing wines with a high alcohol content, that are meaty, tannic, with intense colours. It is because of these qualities that, up until recently, wines produced with this variety were transported across Spain and abroad, to countries like France, to bulk up and flavour weak, pale and fragile wines. Luckily, the Monastrell grape is finally recognised by many winemakers as a variety as noble as any other, and quite rightly so.

The Bodegas Castaño was one of the protagonists in this development, and is now one of the most important producers in the southeast of Spain. It is known for its achievements with native varieties, particularly the Monastrell grape, as well as working with and adapting foreign grapes to the climate and soils of the DO Yecla region. Bodegas Castaño currently owns over 500 hectares of vineyards, spread over 4 large plots in different areas in the D.O Yecla: Las Gruesas, with 160 hectares of vineyards in the north of Yecla, where Monastrell, Garnacha, Merlot, Cabernet-Sauvignon, Syrah, Garnacha Tintorera, Cabernet Franc, Chardonnay and Sauvignon Blanc grapes are cultivated; El Espinal, 116 hectares in the south east of Yecla, where they grow the grape varieties Monastrell, Cabernet-Sauvignon, Merlot, Syrah, Macabeo and Garnacha Tintorera. This estate contains an experimental plot, where they grow 16 red and white varieties from other areas subjected to permanent control and empirical winemaking. The third plot is Pozulo, with 135 hectares in the northwest of Yecla, containing Monastrell, Garnacha, Merlot, Cabernet Sauvignon, Syrah, Garnacha Tintorera and Macabeo; and finally, Arabí, 32 hectares in the north of Yecla, in the foothills of Mount Arabi, planting Monastrell in low strain.
The diversity of locations and varieties offered by the winery has allowed them to develop a complete range of 15 wines, among which their red wine Casa Cisca, a single variety red Monastrell (with grapes taken from 60 year old vines), aged for 16 months in oak barrels. They also produce Casa de la Cera, a blend of Monastrell, Garnacha Tintorera, Cabernet, Syrah and Merlot, aged for 20 months in 550 litre American and French oak barrels. The winery also has their Esenciales range, which is comprised of 6 wines: GSM, Hécula Monastrell, Castaño Selección, Santa, Castaño Dulce and Olivos de Castaño. Under the Castaño label, they also make a white wine (a blend of Macabeo and Chardonnay), rosé and a red wine, as well as an organic red wine. Under the Dominio Espinal collection, they produce a white, rosé, red and a special selection.

Another exemplary winery worth mentioning is Barahonda, which has been led by the Candela family for four generations. The winery currently owns 150 hectares, and oversees the cultivation of another 600 hectares. Barahonda produces over half a dozen wines, including a white wine, rosé, a young red, a crianza and an organic wine. Their premium wines include the single variety wines Heredad Candela Monastrell and Heredad Candela Petit Verdot, as well as Monastrell Zona Cepa, while their star wine is the Barahonda Summum, a red varietal Monastrell from ungrafted vines, aged for 16 months in American (90%) and French oak barrels, with production limited to 2,000 bottles a year. 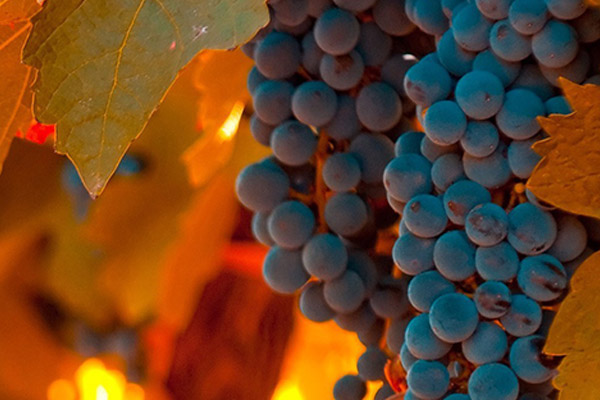 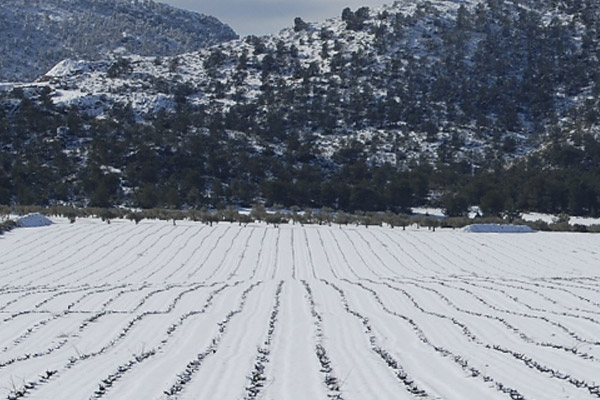 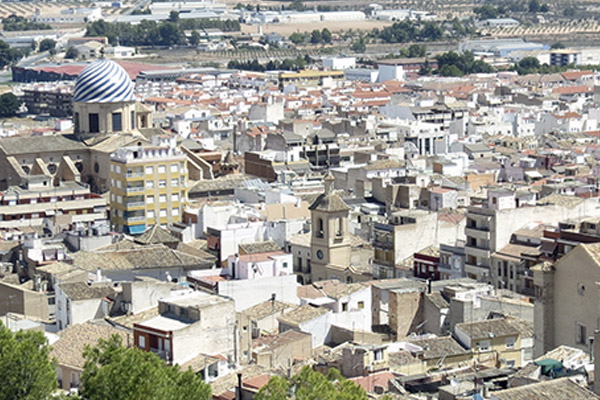 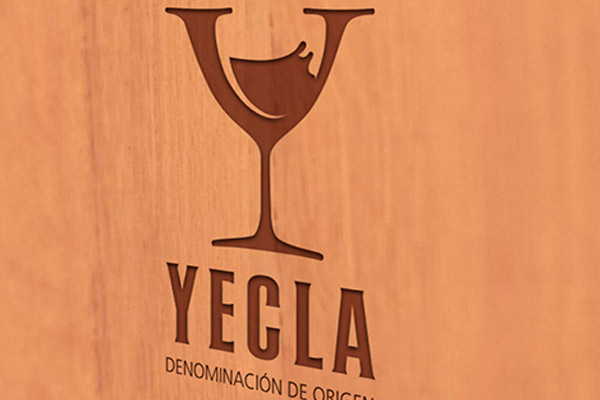