Wines from the Island of Santa Cruz de Tenerife

You are viewing 15 products

A good wine for discovering the character of Tenerife and its native variety... 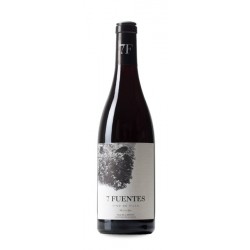 The subtlety of the Orotava Valley 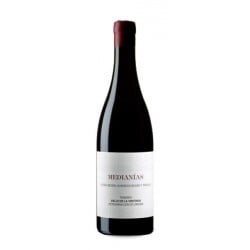 A single-plot wine with great minerality 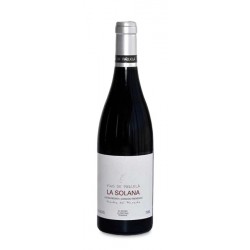 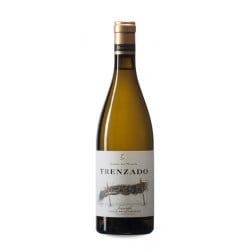 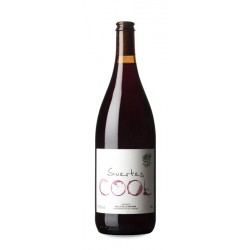 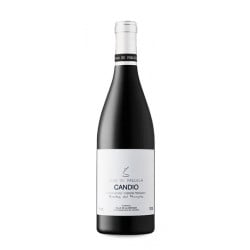 A limited production red wine with a volcanic character 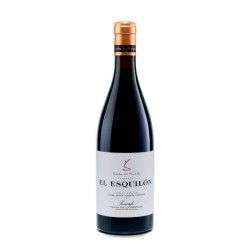 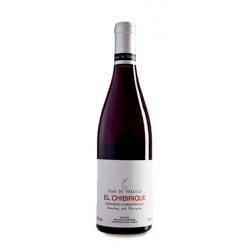 A wine with an island nature 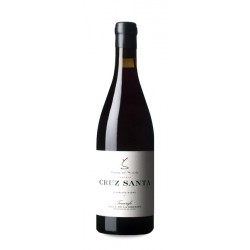 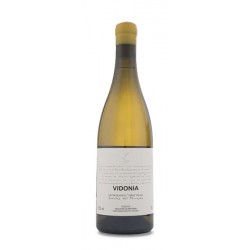 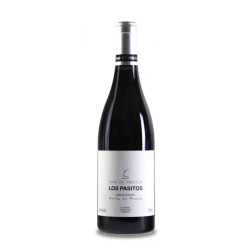 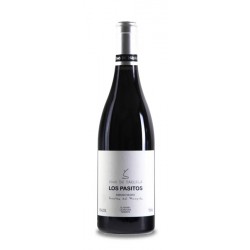 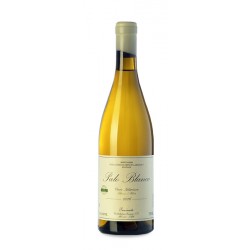 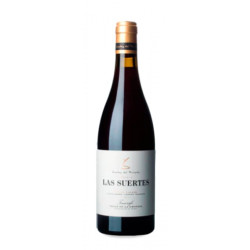 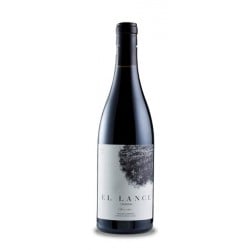 The island of Santa Cruz de Tenerife is part of the Canary Islands in the Atlantic Ocean, situated just north of Africa, near the coast of southern Morocco and the Sahara, forming one of the seventeen autonomous communities of Spain.

The first vineyards on the island appeared in the Valle de La Orotava back in the sixteenth century, on El Burgado estate, in the municipality of Los Realejos. For over two centuries its Malvasía wine, made with the low production and naturally sweet Malvasía grape variety, was exported to northern Europe, thus making the Puerto de la Cruz the leading port in the Canary Islands and the essential axis of foreign trade.

The wine business was so intense that in the nineteenth century traders lived in houses with small cellars. Commercial wineries had avocado boxes to test the goods, markers for wine pipes and rods to measure English pipes. It is estimated that 30,000 pipes of Malvasia wine were exported per year from the Port of La Orotava.

This commercial success motivated the urban development of the three municipalities of the valley: Los Realejos, La Orotava and Puerto de la Cruz. A British Colony with a permanent consulate settled in the latter. They wanted to control the export trade of wines and so created the monopolistic company ‘Companía de Canarias’ in 1665, since many boats docked at the pier of Puerto de la Cruz bound for the Peninsula, England, the Netherlands, Germany, Africa, and America. In fact, so big was the commercial boom with England that, after the harvest in 1674, 150 English ships anchored in front of the dock to transport the wine.

However, halfway through the eighteenth century, policy adopted by the English during the armed conflict with Spain sparked the beginning of a crisis for Malvasía wine in the Canaries, with a dramatic drop in prices and profits. Viticulture then turned to “vidueno” or “vid común”, an alternative variety of higher production, lower costs and lower risks for exporting to the US. It was also easy to transform into brandy for exportation to Cuba, Yucatán and Venezuela.
However, viticulture suffered a huge setback with the attack of powdery and downy mildew, and the deterioration of the region’s wines was enormous, driven further by the boost in banana plantations in the coastal areas of the island. In mid-1950, many vineyards were abandoned.

Nevertheless, the creation of the DO Valle de la Orotava in 1995 saw major transformation of the wine sector on the island, with abandoned vineyards recovered and replanted. Over time wines from the region became well known both on and off the island, and were sold at good prices. Up until now, the transformation of the region has been slow and costly, with the suitability of varieties and wines looking to never reach the island, perhaps since production was just too far from the innovations that were being achieved on the peninsula. However, in recent years, the positive spread of Spanish wineries arrived on the island, and despite adverse weather conditions, modern oenology is now a reality in the Valle de la Orotova.

The DO Valle de la Orotava is located in the north of Tenerife, covering the municipalities of La Orotava, Los Realejos and Puerto de la Cruz. There are currently 400 hectares of vineyards in the valley, on the northern slopes of Mount Teide (3717 metres above sea level), and extending to the Atlantic Ocean. There are currently 600 registered winemakers and 13 wineries under the DO. However, it is worth noting that given its distance from the mainland, the island was not affected by the outbreak of phylloxera and the vines are planted directly from shoots and with their original pre-phylloxera rootstock. This brings great physiological and oenological advantages, which is reflected in the purity of the wines without the influence of rootstock. If we consider that the majority of the vines were introduced from Europe in the fifteenth to eighteenth centuries, before phylloxera devastated vineyards, we can see that they have been preserved with a high degree of purity.

Another unique feature of the DO is the training of the vines into braided cordons known as el cordon trenzado, a unique system used nowhere else in the world. Vine branches are braided together in large bunches of multiple strands at a height of 0.60-0.80m from the ground. Vine lengths vary from 3 metres up to 15 in the case of old-established vines. This method of vine training evolved due to space constraints on the island. Traditionally, el cordon trenzado allowed branches to be moved easily, leaving the earth below to be utilized for potatoes, which were essential for feeding the island's inhabitants. It also means that mechanical harvesting is impossible, with manual labour required at all stages from pruning to the harvest, since the uniqueness of the land and the distinctive way that the vines are planted ungrafted (‘pie franco’), means that the braided cord is a handcrafted task. There are still a few vineyards who use this technique.

Broadly speaking, the DO Valle de la Orotava is home to a moderate, mild and gentle climate for all seasons of the year. The region experiences mild temperatures, with no cold periods or excessively high temperatures. Average temperatures are 18°C in winter and 25ºC in summer, but these are relative and general values.

Although the island does experience noticeable contrasts, especially in winter when it is possible to enjoy the sun in coastal areas, and yet, 3000 metres above sea level, you can see the white blanket of snow on the Teide where it snows every year. The moisture-laden trade winds blow throughout the year from the NW and NE, cleansing and freshening the atmosphere and softening temperatures, while the influence of the Atlantic, with its cold current of the Canary Islands, reaches all places softening temperatures in coastal areas and giving high humidity to the air.

Soils are typically 70% in volcanic character, 20% clay and the remaining 10% is volcanic rock. They are lightweight, permeable, and rich in mineral nutrients with a slightly acidic pH due to the volcanic nature of the island.

The most predominant varieties are the Listán Blanco and Listán Negro, which cover 90% of the vineyards in the DO. Wines from the DO Valle de la Orotava are split equally between red and white wines, although traditionally the Los Realejos region is known for producing more white wine, while the La Orotava region produces more red.

Wines and Wineries from the DO Valle de la Orotava.

The majority of the wineries in the DO have stainless steel facilities, and use oak barrels for fermentation. Most white wines in the DO are produced with the Listán Blanco variety, or with the native Gual and Vijariego varieties. There are also some pioneering wineries which produce excellent fruity red wines with brief ageing in American oak barrels. Fortified, traditional and sparkling wines are also made in the area, while rosé wines have little representation.

Suertes de Marqués. This is a family winery that aims to produce wines that express the character of the terroir. This winery has managed to make an impression not only in Spain but also abroad.
The winery is home the El Esquilón estate, in an area known as Las Suertes, in the midlands of the Valle de la Orotava. The vineyards cover a total of 9 hectares of land, divided into 21 plots, at altitudes ranging between 350 and 700 metres. Their main asset is their century old vines of Listán Negro and Listán Blanco, together with other small, young and old vineyards planted with other varieties, such as Vijariego, Baboso, Tintilla and Albillo.
Wines by Suertes del Marqués are made in limited production and can be classified into three large families: village wines, which come from various plots from different vine growers, as well as other plots of our property and are vinified separately and assembled before bottling; single vineyard wines, which come exclusively from specific plots in the property known as Finca El Esquilón; special vinifications, Suertes del Marqués Blanco Dulce (Sweet White) and Suertes del Marqués Tinto Dulce (Sweet Red).
The range of wines produced by the winery includes Trenzado, a white wine blend of Listán Blanco (90%) and Pedro Ximénez (6%), both grown on century old vines, as well as Vidueno (4%) grown on 15 year old vines. 40% of the wine undergoes fermentation in concrete, while the other 60% ferments in 500 litre French oak barrels, then 40% ages in concrete for 8 months, and the other 60% ages in 500 litre French oak barrels from small Burgundian coopers on its lees for 8 months.
They also produce La Solana, a red wine made with the Listán Negro grape variety, taken from a 2.5 hectare vineyard facing east and located at an altitude between 400 and 520 metres above sea level, where the vineyards’ ages vary between 80 and 110 years old. The wine is fermented in 500 litre new French oak barrels, and is aged for 10-12 months, depending on the vintage.
El Ciruelo is another red wine produced by the winery, a blend of Listán Negro (97%) and Listán Blanco (3%), taken from a plot of only 0.75 ha., located between 500 and 550 metres above sea level facing north. The vines are over 90 years old. Fermentation is carried out with native yeasts in open concrete vats with light manual bazuqueos (‘punching the cap’). Malolactic fermentation takes place in 500 litre French oak barrels, and rests for 12 months on its lees in the same barrels.

Bodega Tajinaste was founded in 1977, when the García Farráis family decided to move into the world of winemaking. The winery is home to very old vines, with Listán Blanco and Negro vines planted back in 1914, cultivated using the Cordón Trenzado method. The winery works with the upmost respect for the vineyard, combining traditional winemaking and viticulture with cutting-edge winemaking techniques, thus achieving a real authenticity in their wines.
The range of wines produced by the winery includes Can, a red wine made with the Listán Negro and Vijariego Negro varieties, aged for 9 months in new French oak barrels.
The winery also produces Tejinaste Blanco Afrutado, complex yet subtle on the nose and palate with a slight natural sweetness, as well as the Tejinaste Blanco Seco, from vineyards planted at different altitudes. The winery also produces a rosé and a number of traditional red wines, such as the Tejinaste Vendimia Seleccionada, a single varietal Listán Negro, only made during exceptional vintages, superb and elegant. 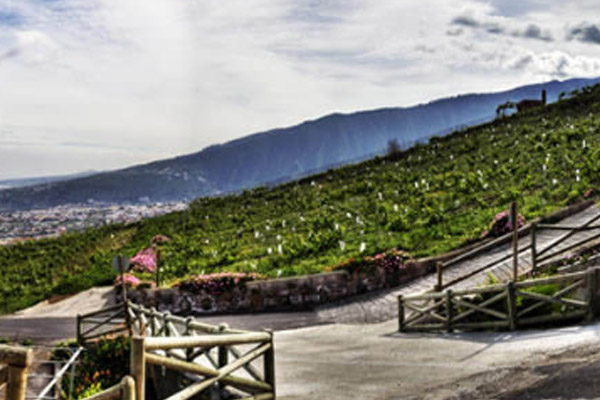 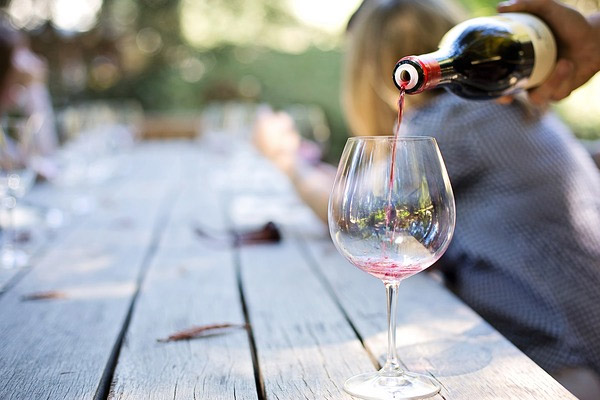 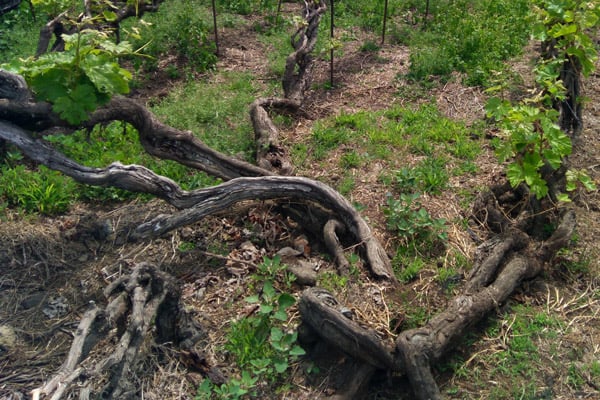 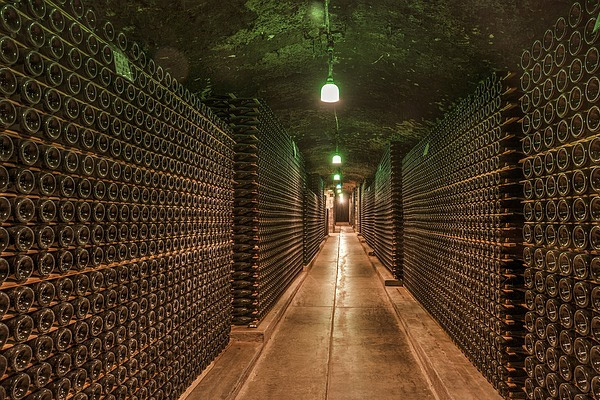 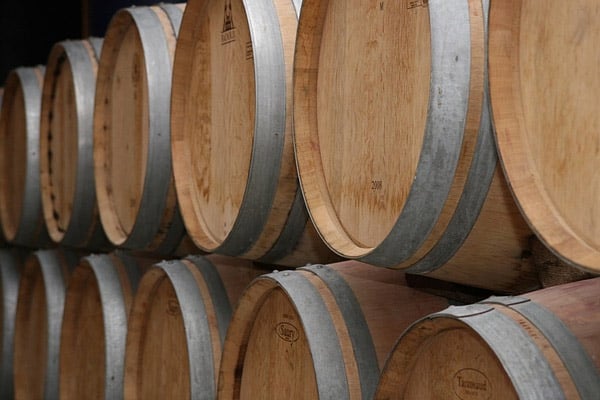 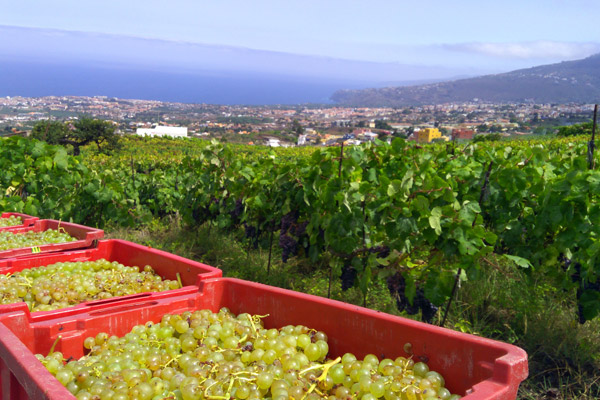