Full of minerality and freshness

Verónica Ortega, natural from Cádiz and trained in the best wineries of Burgundy and Priorat, was attracted to the terroir of El Bierzo. She decided to settle in Valtuille de Abajo to start to produce her own wines, thus initiating her most personal project.

Verónica Ortega mainly works with old Mencía vineyards using organic precepts. Vinification is carried out traditionally, with spontaneous fermentation using native yeasts and low amounts of sulphites. Wines that are faithful to the terroir, with character and a great personality.

Verónica Ortega Roc Mencía is a wine made form Mencía from two vineyards that are over 80 years old, planted on clayey-sandy soils with a lot of minerals contained in small stones.

They are manually harvested and placed in 15-kg boxes. 40% are vinified with their whole bunches, and the stems, in 4000-litre vats. After 40 days of maceration, they are vertically pressed and transferred to second and third-use French oak barrels. Here, they go through malolactic fermentation and an ageing of 12 months.

Real reviews from customers who have purchased this product
18147

Verónica Ortega Roc Mencía 2017 is a smooth red wine with aromas of ripe black fruit and floral notes. On the palate it is expressive, voluminous and powerful. The mid-palate reveals a balance between fruitiness and earthiness. It is very long and persistent.
Verónica Ortega Roc Mencía is a complex wine, with finesse and elegance. On the nose, the aromas of red and black fruit stand out, with hints of wood that are very well integrated. In the mouth it is balanced, long and very juicy.
Alcohol: 13.50%
Production area: 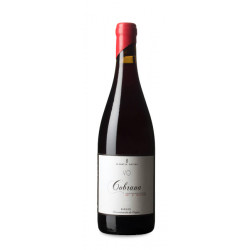 Fresh, bright and made in clay amphoras

A fresh wine with depth

An original version of an old Mencía 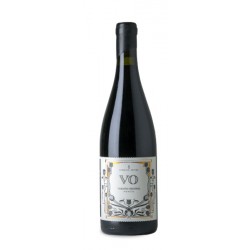