Within the category of Spanish sparkling wines, there is a wide range of different products, set apart by the grape varieties, the regions they come from and how they are made. However, they all have one thing in common: those characteristic sparkling bubbles that bring life to that glass in your hand. And there is so much to choose from in this category.

You are viewing 365 products

The heavenly rosé of Freixenet 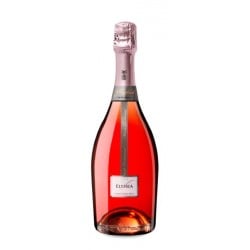 A fresh and pleasant cava 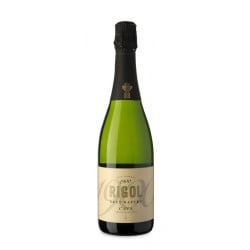 A toast with freshness, character and complexity 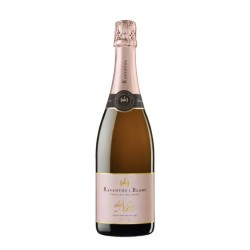 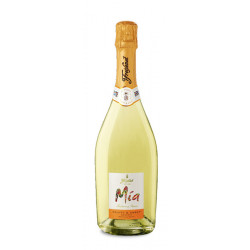 A harmonious cava that goes perfectly with desserts 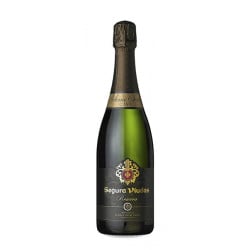 An Extremadura cava with floral intensity 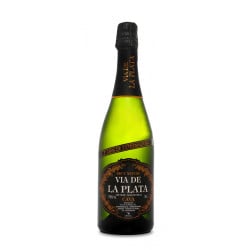 A cava with Garraf typicity 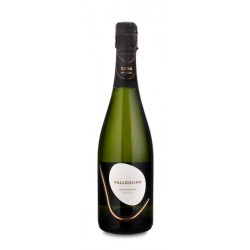 A fresh and light pure Penedès 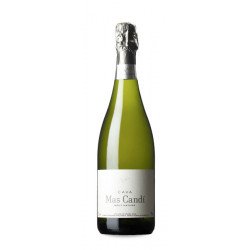 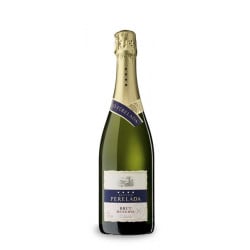 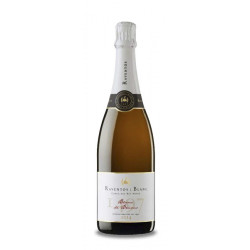 A good accompaniment to appetisers 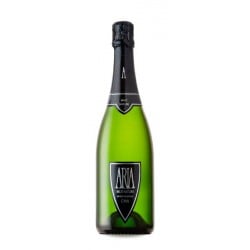 A dry cava with a fruity and pleasant character Fresh and creamy essence of Penedès 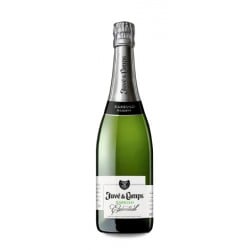 The most genuine expression of a great Macabeo 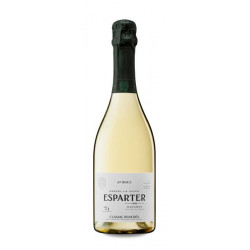 A reserve with a young spirit 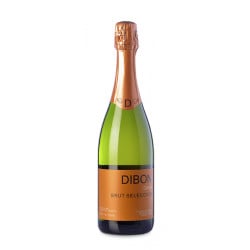 Authenticity and tradition from a high altitude 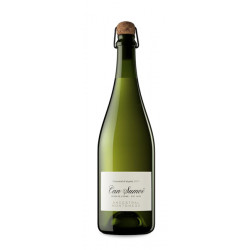 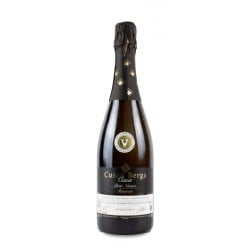 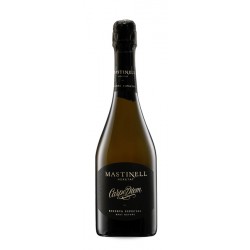 A cava with a great Penedès character 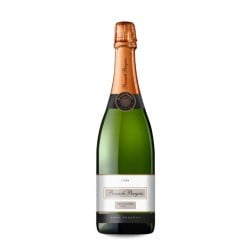 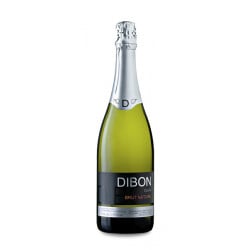 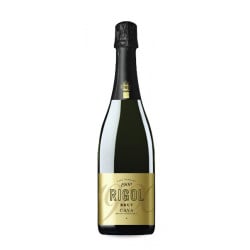 A tribute to the wine tradition 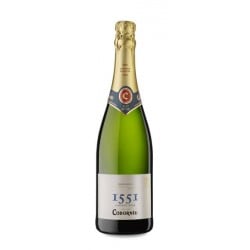 Unlike still wines, Spanish sparkling wines retain a significant amount of carbon dioxide (CO2). This gas is responsible for the bubbles we see when we pour it into our glass. These bubbles can be manufactured, by adding carbon dioxide to the liquid, or naturally, through the first or second fermentation/through chemical processes. In the second scenario, most wine is made through two fermentations, and this is known as the traditional or Champenoise method.

The first Spanish sparkling wines made using this traditional method came from the town of Sant Sadurní d'Anoia, in the Alt Penedès region (Catalonia). They emerged, among other factors, following the radical transformation of the vineyard after the phylloxera disease hit. However, over time sparkling wines have been produced throughout Spain and they can be found in many of the denominations of origin like the D.O. Valencia, the D.O. Rueda and the D.O. Penedès. However, the first denomination exclusively dedicated to protecting Spanish sparkling wines, setting guidelines for quality, and still with the highest number of producers under its umbrella, is the D.O. Cava.

1. The Cava Denomination of Origin.

The coupage traditionally used in the D.O. Cava is made up of the Macabeo, Parellada and Xarel·lo white varieties. However, there are other varieties that can be used, like the Malvasía and Chardonnay white varieties and the Garnacha, Pinot Noir, Monastrell and Trepat red varieties.

Usually cavas are white, but thanks to some permitted red varieties, producers can make rosés and

even “blancs de noirs”, which are sparkling white wines made with red grapes.

The D.O. Cava is geographically very large. Although it does not correspond to one specific region, the largest production area and the pioneer in Spain is Catalonia, specifically Penedès (in the province of Barcelona). However, cava is also produced in Aragón, Valencia, Castilla y León, the Basque Country, Navarra, La Rioja and Extremadura.

Cavas are also classified according to their aging, with the following categories:

- Cava: Younger and with a minimum aging of 9 months. It can be identified by its white label.

- Cava Reserva: These have been aged for more than fifteen months. They can be identified by their green label.

- Cava Gran Reserva: This sparkling wine has been aged for more than 30 months. It carries a black label.

- Cava de Paraje Calificado: With a minimum aging of 36 months and made with grapes from a certain location that stands out for its microclimate and soil conditions, this wine adheres to strict quality criteria during production, creating a unique cava with special identification within its category.

To try and distinguish themselves from the huge range of varying quality sparkling wines now available, and to give their productions their own unique and regional identity, high-end sparkling wineries have created new labels.

Corpinnat, which means “made in the heart of Penedès”, is a collective brand created in 2017 with the aim of distinguishing this region’s great sparkling wines. It stands for a commitment to quality and brings together a small group of wineries in the same region that must meet the following requirements:

- Produced entirely on the property.

Clàssic Penedès was set up in 2014 and is part of the D.O. Penedès. These are sparkling wines made with 100% organic grapes in the Penedès area and aged for a minimum of 15 months.

VT Conca del Riu Anoia is a micro denomination that covers a small area around the Noya river basin (Conca del Riu Anoia), in Penedés. The leading winery is Raventós i Blanc. Their wines have different characteristics from other sparkling wines: they have a centuries-old wine-growing history behind them, specific geological soil formation, particular native varieties and a western Penedès climate.

When it comes to appreciating a sparkling wine’s label or even the inside of the cork, you will spot different distinctives that will give you a clue as to how it was made.

There are different ways to generate carbon dioxide in wine, which is what creates those characteristic bubbles.

The most common are:

- The Traditional or Champenoise Method: This involves bottling the wine and then putting it through a second fermentation in the bottle to produce the gas. This is said to produce the highest quality.

- The Charmat or Granvas Method: This method involves carrying out the wine’s second fermentation in large closed tanks. When that has finished and there is CO2 in the wine, it is bottled. This method is cheaper and easier than the previous.

- The Ancient Method: this was the first method ever used to make sparkling wines, and it has been revived. It involves bottling the must before it finishes alcoholic fermentation, which means it generates its own bubbles in the bottle.

Classification of sparkling wines by aging:

- Reserva: more than 15 months of aging.

- Gran Reserva (for cava) or Largas Crianzas (other sparkling wines): over 30 months.

Classification by amount of residual sugar

Regardless of production method or aging time, sparkling wines can also be classified by the amount of sugar they contain, that is, by their sweetness, in the following categories:

Gramona.
One of the oldest wineries in Sant Sadurní d'Anoia, it was set up by a team of two families with a history of winemaking: the Batlle and the Gramona families. Part of the Corpinnat denomination, they are respectful of their heritage and great advocates of quality sparkling wines.

Juvé & Camps.
This winery dates back to 1796 in Sant Sadurní d'Anoia. A great international company, producing in high-volumes, but their sparkling wines retain the quality and exclusivity that have made them unique.

Raventós i Blanc.
If the Raventós i Blanc family is known for one thing, it is for pioneering the production of sparkling wine in the area in 1872. That is when Codorníu was born, another leading producer of wines and sparkling wines. However, the heir of Finca Raventós distanced himself from the family business and set up a new project to try and make sense of a unique terroir that produces sparkling wines with an individual personality that are protected by the VT Conca del Riu Anoia denomination.