Selma de Nin is a white wine without denomination of origin produced in El Pla de Manlleu (Penedès) by the winery Ester Nin. This wine is a coupage of the varieties Roussane, Marsanne, Parellada and Chenin Blanc.
The vineyards where Selma de Nin comes from were planted just over a decade ago by Ester Nin and Carles Ortiz, oenologists of the winery. Located in the town of La Sínia de Selma, they grow at around 750 metres of altitude.
The vineyards are taken care of in an organic and biodynamic way, avoiding the use of products that can damage the soils and the plants. This way, they aim to achieve a wine that respects the taste of the terroir. Soils are clayey-calcareous.

In the winery, first of all they ferment the must at a controlled temperature during the whole process. Lastly, Selma de Nin is aged in 225-litre barrels for eight months.
Ester Nin is known in the winemaking world for the care they take of the vineyards, from which the precious Clos Erasmus is born. In 2002, this oenologist decided to found, with her partner Carles Ortiz, the winery that today makes three magnificent wines: Selma de Nin, Planetes de Nin and Nit de Nin.

Ester Nin has quickly become one of the key names in Priorat. She started with Mas Martinet and Clos Erasmus, which is where she was first awarded 100 Parker points for a Spanish wine. From there she started her own project, giving the winery her own name. Her first wine, Nit de Nin, exploded onto the market, scoring 98 Parker points for her first vintage. Then came the rest: a whole collection of biodynamic wines with the ability to showcase the full strength and essence of Priorat, and each vintage touched by Parker's magic wand. These wines have found themselves a comfortable position among Parker’s highest rated Spanish wines. 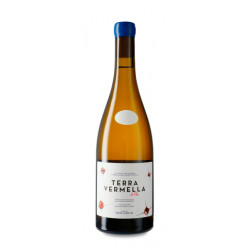