Martinborough is a town located in the district of Wairarapa, in the Wellington region (south of New Zealand’s North Island). With an economy based primarily on traditional cattle rearing, this place shares its secrets only with those who are able to see as one of the best vineyards in the country, where great Chardonnay and Pinot Noir wines are made.

Yet to be discovered by the majority, for the moment wine production in the area accounts for 1% of the national total, however some have already had to courage to produce here, forming the small resistance that believes in this area. One of those is the Palliser Estate. “When everyone else was looking at the land around here and thinking this would be a good place to graze sheep, we thought, ‘Nope. This will be a great place to make wine. Lamb chops are good, but wouldn’t you rather have a glass of award-winning wine?’ We know which one we would rather have,” says Guy McMaster, the winery’s chief winemaker and head viticulturist.

This temple is the sacred place that is home to wines like Palliser Estate Chardonnay, an organic white wine, fermented in barrels and aged on lees. The chardonnay grows in Om Santi, a 9 hectare vineyard with stony and cold soils, where mineral, earthy and tremendously expressive wines appear.

Harvesting is carried out by hand and the grapes are quickly taken to the winery. There the clusters are pressed whole and, once the must has been made, it is racked into French oak barrels where it will ferment with native yeasts. It spends at least 10 months here, with periodic battonages to stir the wine with the lees before racking and bottling.

Real reviews from customers who have purchased this product
26064

Palliser Estate Chardonnay 2019 is a creamy white that is pale in colour with golden hues. Freshly cut hay, vanilla, baked bread and tropical and stone fruits (nectarine, peach) appear on the nose. The palate is rich and complex, with great minerality that adds structure and seriousness. Silky tannins. Creamy. Ripe peach flavours that meld with oak and walnut. Long and succulent finish. According to the chief winemaker, this is the best vintage and production in the winery’s history. 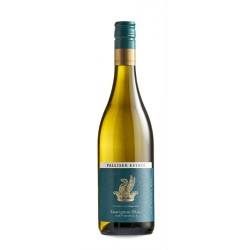