The winery Familia Nin-Ortiz is formed by Ester Nin and Carles Ortiz, two people who are in love with the steep slate hillsides of the Priorat and the biodynamic agriculture.

In 2004 Ester Nin took over the technical management of Clos Erasmus, at the same time as she began to make her own wines in the same winery, Clos i Terrasses.

Their philosophy is to produce wines that express the terroir and the climate, with utmost respect for the vineyard and its surroundings. This is why they cultivate all their farms organically under the parameters of biodynamics.

Nit de Nin La Coma d'en Romeu is a wine made from Grenache, from old vines of the farm La Coma d’en Romeu, which was acquired by Familia Nin-Ortiz, and which has been cultivated biodynamically for over 5 years. This farm is located near Porrera, at 400 metres of altitude, on very steep hillsides, planted on licorella soils. Of the 11 hectares of the farm, only 1.5 are cultivated with vines, in this case, with Grenache.

Harvesting is carried out manually, selecting the grapes in the vineyard and in the winery.  After cold maceration of 4-5 days, the whole bunches ferment with local yeasts in 3000-litre Allier oak vats for approximately 15 days. Once the alcoholic fermentation has ended, the wine goes through the saignée and the skins are slightly pressed. This wine is aged in used 600-litre oak barrels for 16 months.

Nit de Nin La Coma d'en Romeu 2016 is an intense, balanced wine with a lot of personality. A vintage that is highly expressive on the nose, and with a great deal of volume and harmony on the palate.

Ester Nin has quickly become one of the key names in Priorat. She started with Mas Martinet and Clos Erasmus, which is where she was first awarded 100 Parker points for a Spanish wine. From there she started her own project, giving the winery her own name. Her first wine, Nit de Nin, exploded onto the market, scoring 98 Parker points for her first vintage. Then came the rest: a whole collection of biodynamic wines with the ability to showcase the full strength and essence of Priorat, and each vintage touched by Parker's magic wand. These wines have found themselves a comfortable position among Parker’s highest rated Spanish wines. 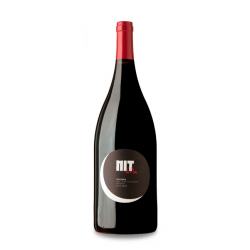 Fresh and direct with a long life ahead 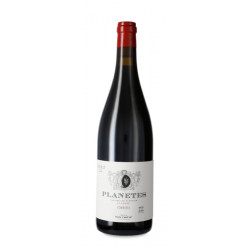