Today, Enate is the brand of choice for many consumers and is known for its quality wines. This young winery is considered as one of the major players in the revolution of Spanish wine. The Enate winery has its own sense of identity, located in the Somontano region and is renowned on an international level. This winery produces wines using fine international grape varieties, such as Cabernet Sauvignon, Merlot and Chardonnay, as well as classic native varieties.

To talk of Enate is to refer to the Somontano region, where the production of wine came to a halt for nearly over a century. It wasn´t until the end of the 80´s when the regions potential was finally recognised, starting out with only 4 wineries. The first was owned by the descendants of the only Frenchman who settled in the area in early the twentieth century; a cooperative whose members were wine growers of the region; and two wineries newly created one Crianzas Vineyards and Upper Aragon, commercially known as Enate, name of a valley and a small village neighbouring the winery.

The winery was founded back in 1991 by Luis Nozoleda, a Spaniard who after spending 25 years in Mexico, returned to his homeland to found this winery, which is now nestled in the Salas Bajas. He was aided by Madrid Architect Jesus Manzanares, who designed the winery itself. Manzanares raised a building with a large light and open spaces that captured the intense luminosity of the area and has transformed it into the spacious interior in such a way that you always retain the sensation of being outside in the sunlight. In this building this might be the best example of the play between nature, art, wine and architecture.

It is actually three of these things, the vineyards, natural environment and art, as well as the philosophy of modernity, that the winery believes defines its character. At the time of its founding, the winery was defined as the winery of the time, claiming: “we have no history, and we are for those consumers who have not found a brand”. A whole decade has passed since then, and Enate has managed to stay strong ever since.

It is also interesting that the first wine released by the winery was rosé. A surprising decision that paid off, gaining profit almost immediately and setting the benchmark for what a rosé should be, offering quality and personality. Ever since the beginning, the winery has worked hard to produce excellent wines, consistent and for a reasonable price.
Enate is now home to over 500 hectares of vineyards, including another 100 hectares owned by independent farmers but under the supervision and technical advice of the winery’s team. Supervision of all the vineyards is led by Jesus Artajona, a young man who started his career at the Miguel Torres winery in the Penedès.

The vineyards are spread through the Enate valley and in the municipalities of Salas Altas, Salas Bajas and Barbastro Cregenzán. French grapes tend to dominate the vineyards, with Frech varieties such as Cabernet Sauvignon accounts for 30% of the plantation, followed by Merlot, the traditional Tempranillo and the native Moristel. White varieties grown include Chardonnay, Gewurtztraminer and Maccabee.

The winery´s success and hard work has been down to the application of four core principles that were at the time considered ground-breaking,

The first is the use of precision viticulture. Enate is aware that wine is really made in the vineyard, and therefore make the most of modern planting techniques, and monitoring the weather and geological information using GPS and satellites.

The second principle is respect for the environment. Enate has banned the use of herbicides and synthetic chemicals during all stages of the winemaking process, from cultivation of the vineyards to bottling. Only preventive treatments, natural products and organic fertilisers are used.

The third is obtaining low yields on their vineyards, despite employing modern techniques, with yields never reaching the maximum set by the Regulating council.

The fourth is carrying out the harvest only when the grapes are in optimal condition. Comprehensive monitoring allows precision viticulture that makes it possible to determine the best day and time to harvest each grape variety and each plot. The transport of the grapes to the winery is also carried out with care and precision.

It is clear though, that these 4 steps have not just been drawn out for symbolic production. Enate produces around 3 million kilograms of grapes per year, and their biggest challenge is that all their wines always meet consumer expectations, hence why such strict guidelines must be kept. Even in their Celler they maintain these high standards, home to impressive modern processing facilities, it ia always immaculately clean, where Enate has not neglected any technical aspect is necessary to permanently guarantee the quality of the wines: sorting tables, stainless steel, control systems temperature, presses pneumatic and vertical ultra-modern, wooden vats and a spectacular park with more than 4,000 oak barrels (70% French) and a bottle racks that have a capacity to store up to 4 million bottles.

Enate wines offers a vast range of wines, producing whites, reds, rosés, single variety wines as well as blended wines. Regardless of the style, all of their wines is differentiated by a work of art on the label, where artists and painters such Antonio Saura, Eduardo Chillida, José Beulas, Salvador Victoria, Vicente Badenes, José Manuel Broto, Victor Mira, Pepe Cerdá, Enrique Torrijos, Alberto Carrera and Frederic Amat and others have collaborated with the winery to help build on the artistic heritage of Enate, which slowly increases with each harvest, adding the works of great masters and young people who have participated.

Among the wines they offer is Enate Chardonnay-234, using grapes cultivated on Plot 234. The main characteristic of this wine is that it passes through the various phases of the winemaking process. The grapes are de-stemmed, lightly crushed, undergoing maceration for 5 hours, resulting in a wider palate, but with a clean and fresh nature thanks to its natural acidity. It has a long finish and is full-bodied.

Another white worth mentioning is the Enate Chardonnay Barrel Fermented. This wine undergoes a biological deacidification in French oak barrels through malolactic fermentation. This results in an aromatic wine with enriched dairy notes.

Now their classic Enate Rosado, made exclusively with Cabernet Sauvignon. This wine is full of flavour and evolution in the mouth. This wine has a slightly tannic touch with a long and tasty finish, where the varietal aromas emerge.

Then it´s worth mentioning their special selection of single variety reds: Merlot Enate-Melot, Enate Syrah-Shiraz and Cabernet Enate Cabernet, which are aged 13, 16 and 18 months respectively. Then there is the Enate Special Reserva, which produced only in the best vintages, a blend of Cabernet Sauvignon and Merlot and aged for 18 months in French oak barrels.

Finally, Enate also produces two premium wines, a white and a red, under the label “Uno”. The grapes used for Enate Uno Chardonnay are taken from the Planacor vineyard. This wine is aged for 18 months in oak and produced in very limited quantities. His nose is a continuous parade of milky notes of ripe peach, nuts, nougat and roasted on an elegant mineral background, with a palate that deftly combines freshness and an extraordinary fleshiness.

Then there is the Enate Uni Tino, made from exhaustive selection of grapes Cabernet Sauvignon 60%, Merlot 20% and 20% Syrah and aged for 20 months in oak. It is a wine of intense and deep aroma of fresh red fruit (blueberries, raspberries) on an elegant symphony of mineral, smoky, spicy and phenolic aromas reminiscent of Chinese ink, chocolate, vanilla, etc. With a fleshy palate, large volume, with muscle but very elegant and serious. A powerful and elegant while he promises a great potential for bottle aging wine. 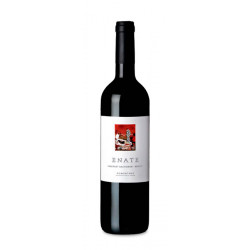 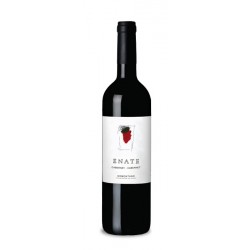 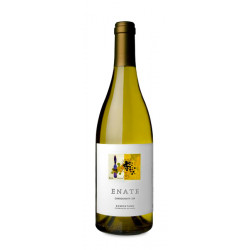 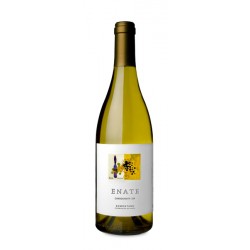 A white with a red soul 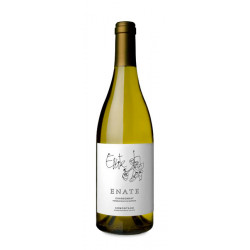 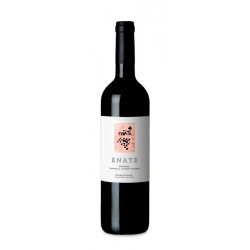 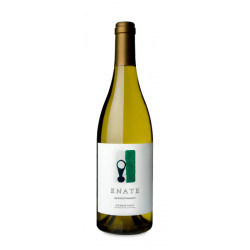 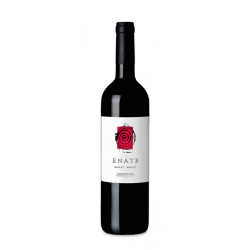 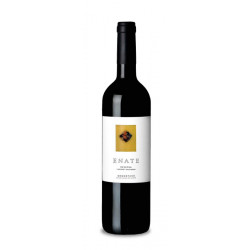 The maximum expression of that great vintage 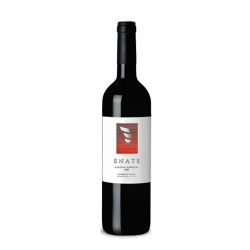 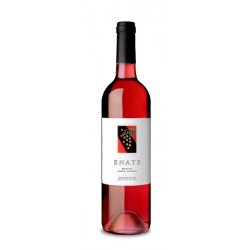 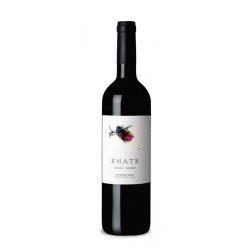 There’s nothing more accessible and versatile! 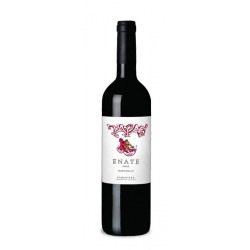 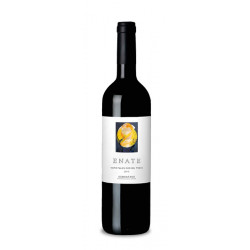