A flavoursome, powerful and elegant coupage

Gran Feudo Reserva is a red wine from the D.O Navarra produced by the winery Gran Feudo. This winery is a blend of Tempranillo, Cabernet Sauvignon and Merlot.

The grapes ripen at a slightly later date than usual, and their growth cycle is a long process.

The vines that produce Gran Feudo Reserva are 30 years old and planted mainly in clay soils.

The production of wine is completed using traditional methods, although the winery also possesses some of the most up to date technology.

Gran Feudo Reserva is finalised by being aged for 18 months in French and American oak barrels. Subsequently the wine rests in the bottle.

Gran Feudo Reserva was founded in 1969 and belongs to the Grupo Chivite, which is one of the leading groups in the region.

Gran Feudo Reserva 2012 is a powerful and structured red wine. An elegant vintage that enhances the nuances on the nose, with a good balance in the mouth between structure, silkiness and freshness.
Flavoursome and full-bodied, elegant and structured. A long finish. 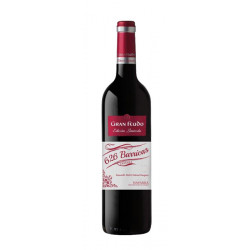 Pleasant, complete and easy to drink

Young, carefree and easy to drink 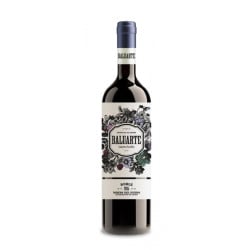