A creamy Greek white wine, with notes of vanilla and dried fruits.

The new era of Greek wine began in 1980, when a group of Greek winemakers and agronomists returned home. One of those was a man who has since managed to give the P.G.I. Epanomi the best reputation.

Vangelis Gerovassiliou was born in Papamola (Epanomi) into a farming and wine-producing family. In this region, located 25 kilometres southeast of Thessaloniki, he took over the 2.5 hectares of the family vineyard. This was in 1981. His previous studies at the Agricultural School of the Aristotle University of Thessaloniki, his specialisation in Oenology, Viticulture, Wine Tasting and Winemaking Equipment Technology (at the University of Bordeaux) and his collaboration with Professor Emile Peynaud (where he was part of his team), gave him the experience he needed to produce very interesting wines, like Gerovassiliou Chardonnay.

This variety has been grown on the estate since 1983. Nowadays this grape, together with other native grapes are grown in the 72 hectares of vineyards that are part of the Ktima Gerovassiliou winery. In this area the vines, which grow on sandy soils, rich in marine fossils, with clay substrates and calcareous rocks, face towards the Thermaic Gulf and Mount Olympus (on its west side) and are surrounded by the sea (which is only 4 km away). Obviously this location influences the Mediterranean climate, with mild winters and hot summers cooled by sea breezes.

As for winemaking, the entire process is carried out in the winery’s three buildings, where they have all the machinery they need to produce sublime wines. In fact, the design of these facilities, which began in 1986 and was completed in 1999, was carried out in such a way as to allow the grapes to be received immediately after the harvest, as quickly as possible. And that is what happens with Gerovassiliou Chardonnay. This white wine is pressed when it reaches the winery. After cold extraction, the must is placed in French oak barrels where it ferments. It spends a few months there, in contact with its lees, rounding out and gaining body. Finally, Gerovassiliou Chardonnay will finish developing its character in French oak barrels, where it will spend another 8 months

Real reviews from customers who have purchased this product
25341

Gerovassiliou Chardonnay 2019 is a creamy white. The nose reveals a mix of smoky notes, white fruit, vanilla and nuts. On the palate it is rich and full-bodied, rich in nuances and honeyed. Good aging potential.

An interesting Malagousia white wine, a variety which was on the verge of... 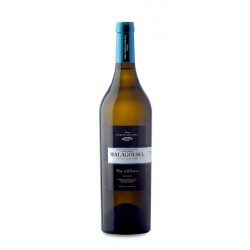 A Sauvignon Blanc touched by the Aegean Sea breeze 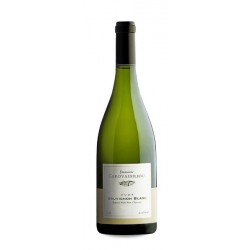