6 bottles delivery, only £11.34. Our prices are Duty Paid: VAT and ALL taxes included in the price.More information

A classic wine with great value for money

Nicknamed the “terroir hunter”, Michel Chapoutier is irresistible to all vineyards. He has run wineries all around the world, and although he has received several awards, he is unwavering in his ambition to learn more. His fingerprints can be found in places like France, Spain, Portugal and Australia. But with minimal environmental impact. If Chapoutier is known for one thing, it is for his organic and biodynamic methods. One example of this work can be found at Ferraton Père & Fils, a family winery in the northern Rhône where, after working as an advisor for eight years for owner Michael Ferraton, he took over the company in 2006 with impressive results.

One of the small productions that emerged here was Ferraton Crozes-Hermitage La Matinière. A red wine made from Syrah vineyards planted in alluvial soils with a lot of pebbles and gravel. These vines are cultivated using organic agriculture and no chemical products. The harvest is carried out manually at the optimum point of ripeness. In the winery, after destemming the grapes, fermentation takes place in concrete tanks at a controlled temperature for 20 days, with pumping over and pigeage. Finally, the wine partially ages in French oak barrels for 12 months.

Although the extensive AOC Crozes Hermitage is home to both easy-drinking wines and small works of art, Ferraton Crozes-Hermitage La Matinière is somewhere in between. A classic Syrah made by one of the great discoverers of terroir with unbeatable value for money.

Ferraton Crozes-Hermitage La Matinière 2019 is a concentrated red wine with intense aromas of cherry and raspberry. On the palate it is rounded, balanced and elegant. A wine with soft, sweet tannins and a fresh, persistent finish. 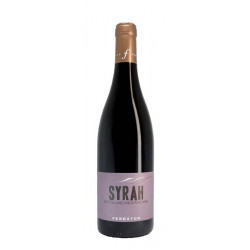 A true Côtes du Rhône at a scandalous price 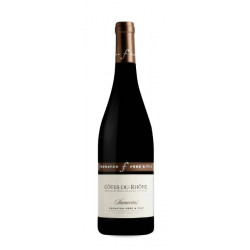 A Syrah made following the lunar cycles 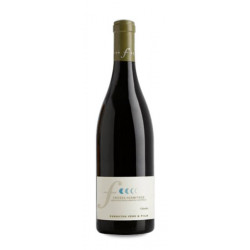 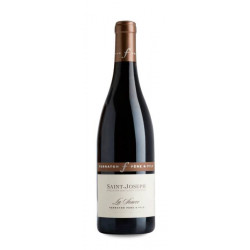