6 bottles delivery, only £11. Our prices are Duty Paid: VAT and ALL taxes included in the price.More information

After years searching for the best vineyards with the best climate, soils and vine ages, in 2014 the project Bodega Carlos Moro was born, with the aim of becoming a reference in the area, La Rioja, where the excellence of its wines has reached all the corners of the world. For this matters it has modern facilities and a human team that is capable of merging state-of-the-art technologies with the know-how of this area's tradition.

Bodega Carlos Moro is the youngest winery of Grupo Matarromera, a group of winemaking companies that emerged in 1988, when Carlos Moro, who had a long family winemaking tradition, decided to create his own winery, Matarromera.

Currently, the group is formed by wineries from 5 different denominations of origin, Ribera del Duero, Rueda, Rioja, Toro and Castilla León. This has placed it among the most important winery groups of Spain.

CM by Carlos Moro is a wine made from Tempranillo, from different farms located at around 600 metres of altitude, mainly planted on clay loam soils, with ages between 25 and 80.

The harvest is performed by hand. Grapes are placed in 12-kg boxes, with a double-selection table (bunches and grapes). It starts the alcoholic fermentation in stainless steel deposits at a controlled temperature (26ºC), and finishes in oak vats, where it also goes through the malolactic fermentation. The ageing takes place for 12 months in new French and American oak barrels.

CM by Carlos Moro is an intense, elegant and round wine. It stands out for its structure and great balance between volume and freshness. 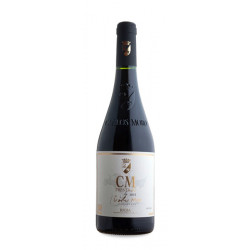 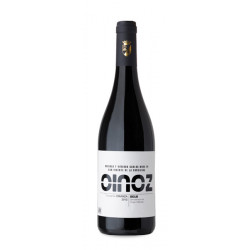