An aromatic Barbaresco that thrills

Nebbiolo is a typical grape from the north of Italy, specifically from Piedmont. Its name comes from the word nebbia, which means fog in Italian (a meteorological phenomenon very present in this area between the mountains of the Aosta Valley, the Alps and the Apennines). It’s precisely in the Piedmont vineyards, located to the north of the peninsula and on the southern slopes of the Alps, that very wet autumns and cold, foggy winters produce the best Barolos and Barbarescos.

To produce Castello di Verduno Barbaresco the grapes are harvested at the beginning of October. Then, fermentation takes place in stainless steel deposits for 20 days. The ageing will take place in Slavonian oak barrels for between 18 and 24 months, to be rounded off with 14 months’ ageing in the bottle.

The Barolos and Barbarescos are the region’s treasures. Both stir up passions and there are many comparisons between the two. But as you know: in order to choose and have an informed opinion, you have to try it first. Let's see how many followers Castello di Verduno Barbaresco wins over to its side...

Castello di Verduno Barbaresco 2017 is an elegant and flavorsome wine, with a certain astringency, where ripe fruit predominates. Forest berries, blue flowers and menthol are the notes that can be distinguished on the nose. In the mouth cherry, cinnamon and star anise stand out. 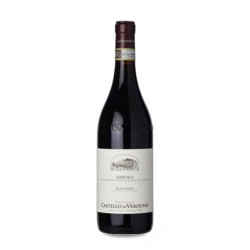 A Barbaresco from a small grand cru 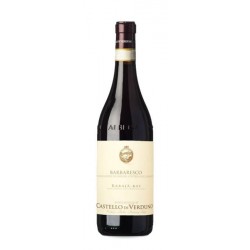 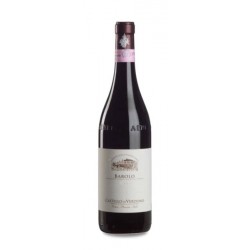