The new wave of Spanish producers

We are lucky to have a crop of producers eager to recover areas, varieties and a viticulture that respects the environment. Well-travelled people and eager to rescue the authenticity of the past. We present a number of producers from the new wave who are sure to surprise you: 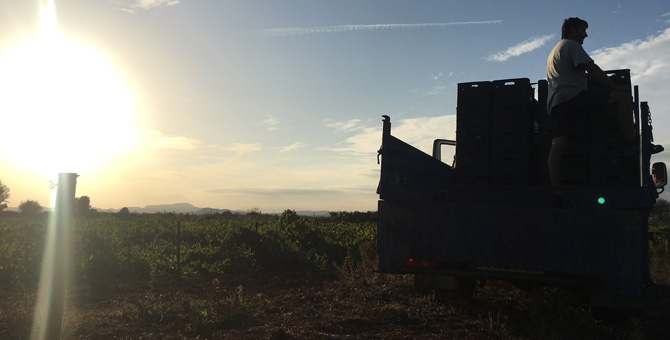 Alvar de Dios Hernández: A few years ago Alvar started his personal project in his hometown of Pego in Toro, while working in the Marañones winery. One of his grandfather’s old vineyards was the starting point, and the result is called Aciano. A Toro red grape from pre-phylloxera vines that has found its balance in an extreme climate, from a preparation that pampers the landscape. Its portfolio has grown, making a young red containing material called Tío Uco, which comes from different vineyards in the area and Vagüera, a white from a small plot containing 10 different white varieties. He has taken another step by making wine in the small denomination of Arribes, where he has found the fluidity and freshness that he likes so much with the native varieties of the area.

Manuel Moldes / Fulcro Wineries: within Rías Baixas there are large processors who flee from the commercial profiles of the area and seek to make the best use of the Atlantic climate and to produce deeper and more austere wines. One of them is Manuel Moldes in the subzone of Salnés. Their wines perfectly reflect the granite soils and a great salinity capable of emulating great Sancerre wines, and Fulcrum is one of them.

Curro Barreño / Jesús Olivares: Fedellos de Couto: These individuals are more than prepared. They met in the Sierra de Gredos where they worked in different wineries and also later in Ribeira Sacra. This time they have joined Luis Taboada, a native of Pazo do Couto in the Bibei Valley, where they have managed to bring out some of the most original and fragrant wines in the area. Try them!

Paola Medina / Williams & Humbert : In Jerez there is a new trend with the desire to boost the wines of the area again. In this new wave is Paola, an oenologist/manager for the winery. In her effort to differentiate the winery’s best wines, the crianzas are made in a static way, without mixing vintages and with the objective of taking out the greatest potential of the year. His latest release is a fine organic vintage. Unmissable

Beatriz Herranz / Barco del Corneta: Beatriz began her journey in a small garage in la Seca, in the Rueda area. He started to vinify a family vineyard with a 500l barrel. From there she began to understand better the main variety of the area and to get to know old vineyards that would give her wines of Barco del Corneta that special character. Now Felix has joined the project, a great, longstanding friend with whom she shares interests.

Iago Garrido / Fazenda Agrícola Augalevada: Iago is a lover of Biodynamics, and practices it in his Ribeiro vineyards. This young man has opted to carry his passion into his way of life. He has planted and pampered the vineyards in the town of Cenlle, Ribeiro. His curiosity and his desire to convey the landscape has no limits, and this is reflected in the Ollos de Roque wine, a deep wine rooted in the soil.

Oriol Artigas: Oriol has entered the ​Alella area to provide some fresh air. He has started to play with the different vineyards and microclimates of the area along with their different soils, granite, slate, etc. … His method of preparation is based on zero use of chemical products both in the vineyard and in the winery. His wines are original and authentic, seeking the purest Mediterranean fragrances and from the territory.

Javier Revert: he is passionate about his place of origin, Font de la Figuera, in the Terres dels Alforins subzone of Valencia. This young vine grower who started and continues his career within Celler del Roure. His small personal project began with the family vineyards in the area. Rescuing varieties and vinifications used by his ancestors, such as Micalet, a wine made in 1000-liter clay jars.

And so a large group of new products that we will expand in subsequent blog entries. Long live fresh air!