Sparkling wines, the taste is in the color

Although sparkling wines have always been associated with celebrations, the truth is that more and more wine lovers are choosing this type of wine for everyday life. Fresh, sparkling and very gastronomic, they are the ideal pairing to combat the high temperatures of this coming summer solstice. However, there’s a whole world to discover when it comes to choosing a sparkling wine.

The different winemaking methods actually determine the quality of the wine, the amount of carbon dioxide and the percentage of residual sugar in each bottle. But another important aspect that determines the organoleptic characteristics of a sparkling wine is the choice of grape varieties used. This will help the winemaker decide whether to make a white or rosé sparkling wine. However, what is a choice nowadays, was in truth the result of chance in its beginnings, like many things in life. 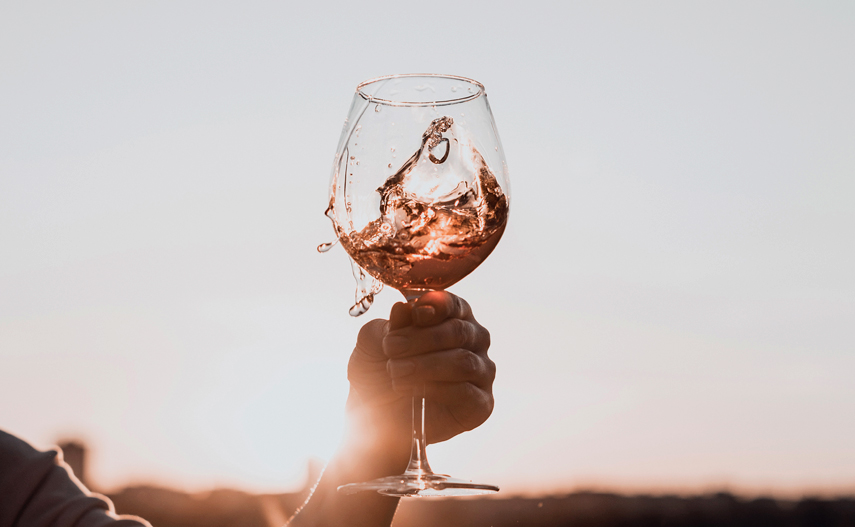 The triumph of a mistake

It all started in the birthplace of sparkling wines, in the Champagne region. In the middle of the 19th century this drink was already known all over the world and was a symbol of luxury and glamour. A sparkling wine with an attractive constant bubble and a most seductive crystalline yellow color, which was the object of desire for the wealthiest social strata. However, sometimes, either because of the grapes themselves or because the must was in contact with the skins for too long, the wine was excessively colored. This was considered an unforgivable mistake by the winemaker and the wine was therefore removed from the market. However, like in all other sectors, there’s always someone clever who tries to sell a "fraudulent product". And so it was that one or two savvy winemakers got wise enough to endorse this sparkling wine in low-status establishments where the lights were lowered so their customers would not perceive the "defective" color. A trap which more and more consumers gradually fell into and which at the beginning of the 20th century led to the fact that the defect was appreciated, not only for its fascinating color, but also for its body and flavor. One hundred years later, prestigious French and international houses present their rosé sparkling wines as great works of art.

As mentioned above, the grapes used determine the type of sparkling wine.  From here there are many possibilities. We must recognize that the high standard of the winemakers and the great diversity of climatic and soil characteristics in the different wine regions allow us to boast a wide variety of examples of the highest quality.

Bearing in mind that every domination is committed to a certain coupage, there’s a very wide range of white wines. Generally speaking, there are two types of sparkling wines: "blanc de blancs" orsparkling wines made from white grapes and "blancs de noirs" or sparkling wines made from red grapes. From here the results will vary according to the blend and the character you want to give the wine. From old gold to green gold, through intense yellow to crystalline yellow, in general the more powerful the wine, the darker it will appear, and the lighter the wine, the lighter it will be.

If we focus on tradition, the coupages are quite identifiable in each area. In France for example, under the prestigious AOC Champagne, the classic sparkling wines are made from Chardonnay, Pinot Meunier and Pinot Noir grapes. In turn, the Spanish denomination of origin Cava is characterized by the use of the Xarel·lo, Parellada and Macabeo varieties. Meanwhile in Italy, the name of the main white variety of prosecco is Glera, and in Germany, Sekt is made mainly from the Riesling grape. From here there are many varieties.

If we start talking about rosé, we’ll have to talk about its color. Hence its name, rosé. This attractive pink shade is by no means arbitrary. It depends mainly on the selection of white and red grapes and, above all, on the hours of fermentative maceration the wine is subjected to for its production. The time varies depending on the winemaker, who decides when to stop the maceration. This process not only adds color to the sparkling wine, but also gives it body and flavor.

When it comes to naming typical varieties, rosé is one of the most versatile. In Champagne, the most common grapes are Pinot Noir and Pinot Meunier. In Cava, the varieties chosen areTrepat, red Garnacha, Monastrell and Pinot Noir. In Italy, Lambrusco, the most internationally popular sparkling rosé wine, is made mainly from the Grasparossa, Maestri, Marani, Montericco, Salamino and Sorbara varieties. After these classics we find other less well-known sparkling wine production areas which have experienced considerable growth in recent years, such as New Zealand, Australia, the USA and South Africa. New World regions that, by not sticking to long traditions, have more freedom to dare to try new blends.

In view of the above, whether they are white sparkling wines or rosé sparkling wines, as the saying "every master has their own way" goes, each oenologist has their own method of carrying out their task. Something that fortunately opens up a whole world of possibilities to toast. What are you waiting for?