We have a new report from Luis Gutiérrez, who on this occasion is visiting Bodegas Artadi, a winery located in Laguardia, in the heart of La Rioja. Luis Gutiérrez highlights the quality of the wines from this winery, as well as the exceptional nature of the 2016 vintage in Rioja. 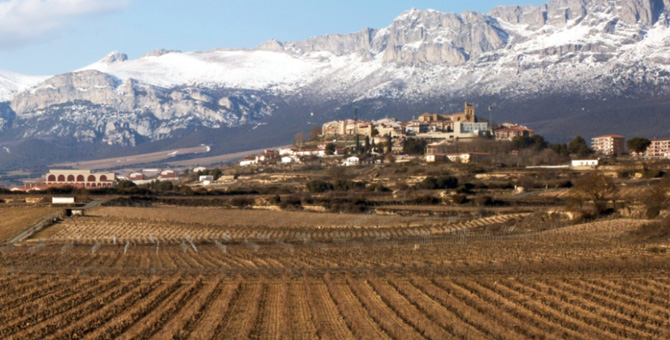 Artadi is one of the most emblematic wineries in Rioja. A while ago we were surprised by the news that it had decided to leave the Rioja Denomination of Origin, arguing that they were seeking greater freedom of production and more precision when it came to cataloging their wines. Artadi defend their decision based on the view that “Rioja” is too extensive, attempting as it does to encompass wines from such a large area, with such disparate concepts of preparation and such a wide range of different qualities.
Artadi wine want to emphasize the territory and its particular features, while making its own personality, forged over many years, more relevant.

In his report, Luis Gutierrez highlights the great 2016 vintage in Rioja; an exceptional vintage, one of the best remembered.
Of special note in terms of the Parker scores awarded to Artadi wines are the 99 points for Artadi Viña el Pisón 2016. Also the 97 points and 95-96 points for the 2016 and 2017 vintages respectively for Artadi El Carretil, vintages that we hope to have for sale very soon. And the 94 points for the 2016 vintage of the Artadi Valdeginés.

With these scores, Bodegas Artadi has reinforced its idea of seeking to highlight the particular nature of the territory in its wines. Wines with personality, with nuances. Wines that have not gone unnoticed by the Parker Guide, one of the world’s benchmarks in wine reviewing. We’ll have to keep a close eye on the way this winery’s wines evolve.