In the last week of 2015, something that had for long been discussed in the world of wine was finally confirmed: the winery Artadi leaves the DO Rioja.

Artadi is a leading winery in the region of La Rioja Alavesa, founded in Laguardia in 1985, which quickly became a benchmark within this Designation of Origin. A benchmark because of the quality of its wines, which have managed to make a big name for themselves in the world. 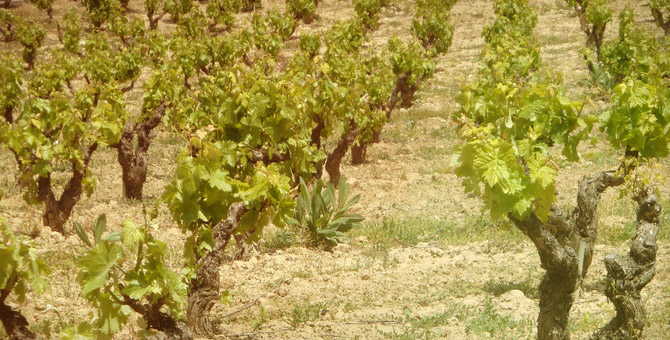 According to a statement issued by the winery, Artadi leaves the DO Rioja after “a long and thoughtful decision, based on the intention to offer, through our wines, a clear message of our land, our vineyards and our landscapes.”
Artadi explains that this decision is based in the loss of identity that involves such a large membership to a Designation of Origin with such as big production as La Rioja, taking the concept of “terroir” used in France as a paradigm. “Renowned wine regions such as Bordeaux, Burgundy or Champagne offer the consumer wines which reflect certain areas and have learned to value the differences as something enriching, full of message and content.”

The DO Rioja puts together more than 600 wineries that have almost 65,000 hectares of vineyards. This Designation of Origin happened to draw 90 million bottles in the late 80s to nearly 400 million bottles in 2014.
About this increase on the production, Juan Carlos Lopez de Lacalle, the owner of Bodegas Artadi, states: “It’s a success, but my model is to produce unique wines, out from my vines, my region and my people. Globalization is not the way in my case.”

With such production dimensions, it is difficult to keep a common goal. Within this DO, we can find wines ranging from 2 to 500 €. While some are committed to quality, there are those who bet on the quantity. Two business models which are perfectly fair, but hardly compatible under a common project.

On its side, the Consejo Regulador de la D.O. Calificada La Rioja also regrets the decision of Artadi in this statement “since it is a unilateral waiver to the added value and goodwill represented by the Designation of Origin Rioja, an undeniable value that the winery has enjoyed throughout its career.”

The DO reminds Artadi that it has acquired notoriety under the umbrella of the DO while needed and the decision of the winery to leave the DO unilaterally was now a surprise.
Also, the DO reminds Artadi its willingness to reconcile interests since Artadi wines were the first to have the mention of the subzones in the designation of the origin of their wines.

This is not everything, since the DO blames Artadi stating that ” currently, when a proposal is being discussed at the Regulatory Board to seek a differential recognition for outstanding wines according to their origin, with special attention to the vineyard, the representatives of Artadi did not want to take part in the discussion and not even wait for the results, which is surprising unless other goals are sought.”

We do not know what consequences this will entail beyond the non-inclusion of the seal of the DO in Artadi’s labels.
Will Artadi keep its international prestige outside the DO Rioja? Will other wineries follow the way taken by Artadi? Will a discussion be opened within the DO Rioja on the identity of its wines?
We cannot answer these questions, but what is sure is that we will keep enjoying wonderful wines made in a land with an enormous potential for the production of quality and worldwide renowned wines.